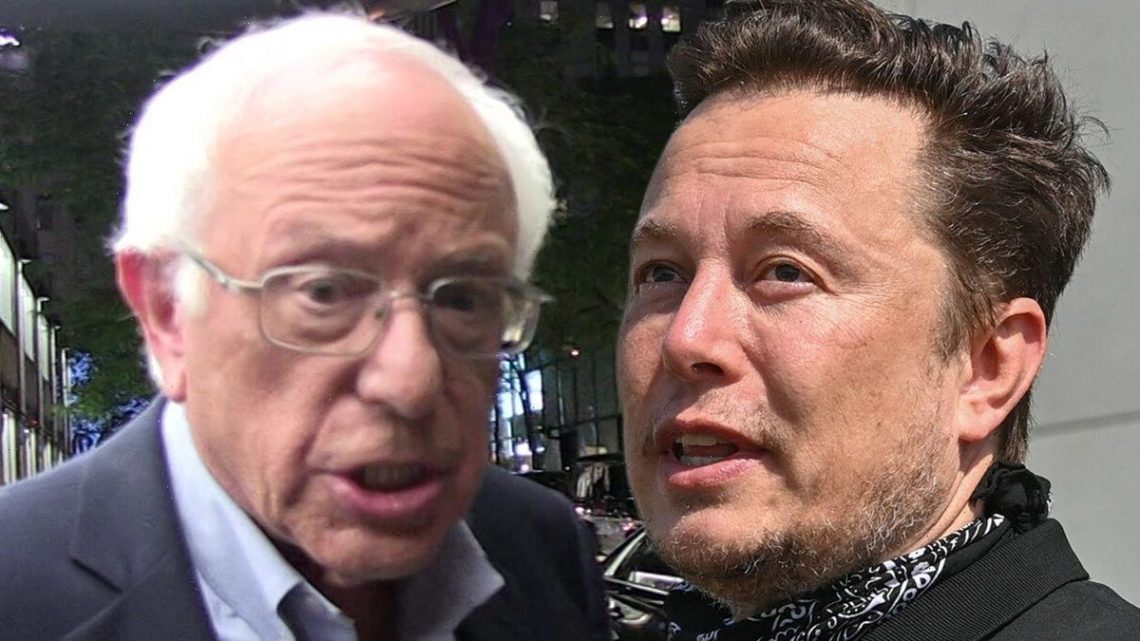 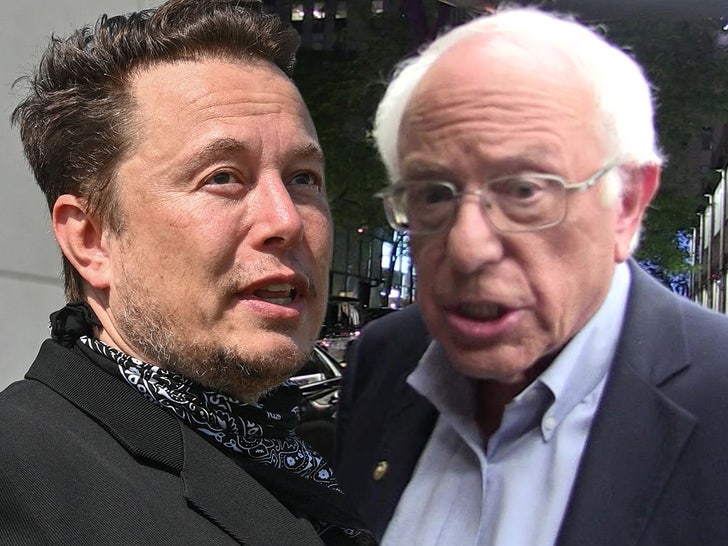 Bernie Sanders reiterated his demand for the top 1% to pay more taxes — and Elon Musk slammed him … saying the Senator may as well be 6 feet under as far as he’s concerned.

The saucy exchange went down between Saturday and Sunday — with Senator Sanders tweeting something he usually does … saying, “We must demand that the extremely wealthy pay their fair share. Period.” Nothing crazy there — typical Bernie rhetoric.

What’s wild is what EM tweeted in response, writing … “I keep forgetting that you’re still alive.” Oof — definitely a harsh dig … both at BS’s age, it seems, and perhaps his gradual retreat from the spotlight since running for President in 2020.

There’s more, though … Elon added, “Want me to sell more stock, Bernie? Just say the word …” That’s interesting … he appears to be touching he alluded to (and executed on) last week.

You’ll recall — the Tesla chief held a Twitter poll, asking followers of his if he should sell 10% of his company holdings so he could be taxed appropriately … and in the end, the internet said yes. While it was unclear if Elon would follow through, he eventually did … well, sorta.

Elon siphoned off about $5 billion worth of Tesla stock — and because of that, he’ll be taxed on the capital gains from that dough … so a fair amount, no doubt. It doesn’t seem to be anywhere near the full 10% he promised though … so more stock sales may be forthcoming.

It’s a weird tactic he’s undertaking — embracing calls/dares from the public (including politicians, apparently) to subject himself to being taxed more than he normally would.

Something tells us there’s more to Elon’s game here than just pure philanthropy and humanitarianism. The guy seems all too eager to unload a crap ton of stock right now.

A Hydrating, Vitamin C-Packed Retinol Alternative? It's Not Too Good to Be True — Meet Rambutan
Entertainment