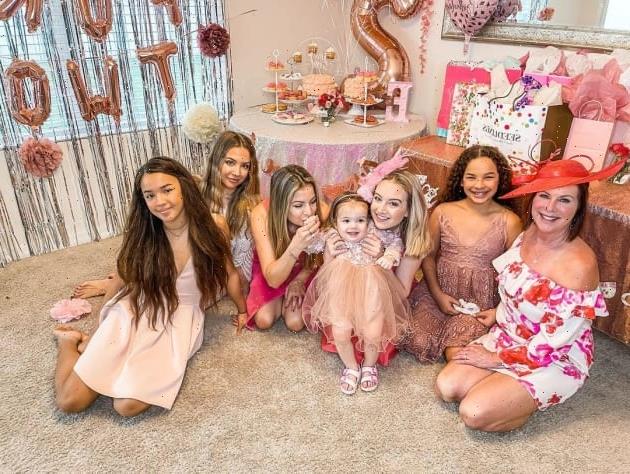 The cost of getting in good with Chuck and the family business led to Andrei getting caked in the face.

But is it all just a show for the cameras? A growing number of fans think so, and say that they’ve found proof.

Early this season, even before the ill-fated RV trip and family reunion, the Potthasts gathered on a yacht.

There a bitter argument turned physical between Libby and her sister, Becky.

Apparently, the Potthasts weren’t showing Andrei the kind of respect that Libby believes that he is owed.

Libby’s diehard commitment to backing up her husband no matter what led to things getting ugly.

It was, Chuck lamented to the camera, the last thing that he wanted for his family.

After a bitter and conflict-riddled family reunion, the family returned home to Florida.

We soon saw them celebrating Eleanor’s second birthday at a mid-sized family gathering.

As always, the fight was about Andrei’s closeness with Chuck.

This time, it was Jenn, and not Becky, who took the lead.

She accused him of manipulating her father and taking her piece of the action.

She also chucked her piece of the cake right at his face, nailing him in the neck and shoulder.

But the photos that Libby shared from that party tell a different story.

In these photos, Eleanor and her cousins pose happily in a peaceful environment.

As a bonus, their (deservedly controversial) mother, Pamela, is in some of the photos.

Now this flies in the face of, well, everything that we saw about that party.

Were there secretly two parties — a real birthday celebration, and a staged fight?

A number of fans are accusing the show of being totally fake and citing this as evidence.

Let’s be clear — part of being a reality star often entails knowing when and how to cause problems on purpose.

We know that Jenn and Becky have done this, with a wink and a nod to the camera.

While this is played as attacks on Andrei, what they’re really doing is stirring the pot for entertainment reasons.

The Potthasts have now been on multiple seasons in this franchise. They know the drill.

First-season stars are usually cast because of obvious conflicts at play, often including pathological personalities that will play well on camera.

But when a family keeps coming back, season after season, it’s usually because they know how to stay messy and act out for the viewers at home.

We do have to say that somethings that we see on the show seem to be … very real.

At least some of the resentment of Andrei is probably rooted in truth.

And it is not difficult to believe that Andrei actually does say weird sexist things to Libby even when cameras aren’t rolling.

Some people think that Libby’s family playing up conflicts on camera means that the show is “scripted.”

This is, to the best of our knowledge, provably false.

There is no “script.” Therefore, it is not scripted. Words mean things.

Though it is known that production will suggest, nudge, and reshoot to get the best results, something about the Potthast conflicts feels homebrewed.

It seems likely that they’re just being on their worst behavior, dialing up every sincere conflict to 11, mostly on their own.

As for the party … truth be told, I always assumed that the cake-throwing took place after the kids were in bed. Anger can be real even if it’s not expressed in front of little kids.