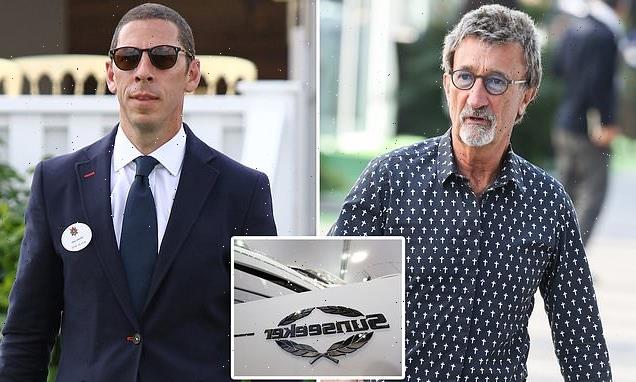 Wealthy society is split between the haves and the have‑yachts, it’s been said. But even the have-yachts can sail into thunderous storms.

I hear tycoon Eddie Jordan is suing yacht-maker Sunseeker for £750,000 in commission for allegedly introducing property billionaire Christian Candy, who bought a £15 million boat from the firm.

‘Introduction fees can be worth a fortune for yacht-makers,’ says my man on the bridge. ‘But these disputes can often turn nasty.’

Ex-Formula 1 team owner Jordan, 73, claims he was promised a 50-50 share of profits on sales of luxury vessels to buyers he found, after a dispute with Sunseeker over a 154ft yacht called Blush years earlier. 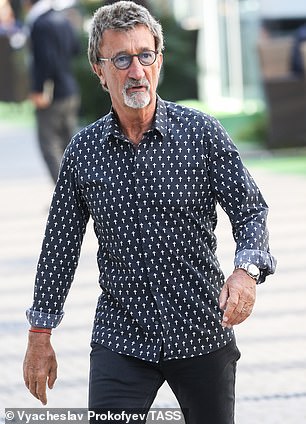 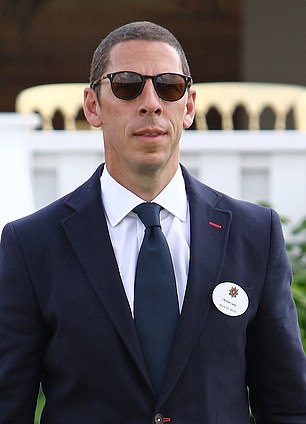 Now, he’s suing Sunseeker London for damages of more than £750,000, or a quantum meruit (Latin for ‘what one has earned’), to reflect the value of introducing Candy, 46, who bought the new yacht last year.

Jordan had a 30-year friendship with Sunseeker’s late founder Robert Braithwaite and has owned several of its yachts himself.

When he was on holiday in Kenya in 2018, his son-in-law, Steve Aspinall, told him that Candy was interested in buying a boat.

Jordan then phoned Sunseeker’s group sales director Christopher Head, and reminded him of the plan for him to receive commission of 50 per cent of profits as a result of the dispute over chartering Jordan’s boat Blush. 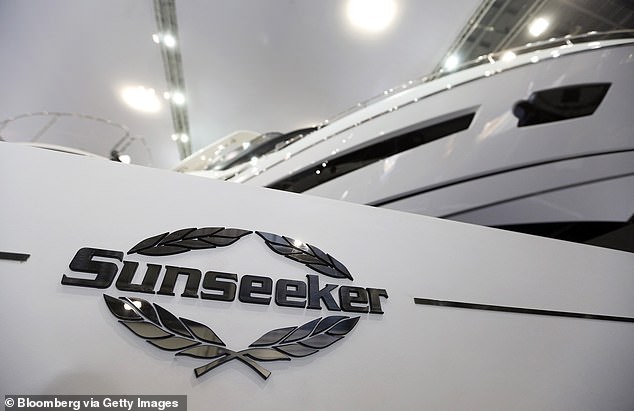 He claims Head confirmed he remembered the deal and agreed to it, according to a writ issued in London’s High Court.

Jordan says he shared the private contact details of Candy, who went on to buy a new Sunseeker 131 yacht for delivery last year, for £13.75 million plus VAT and optional extras.

But Sunseeker disputes his claim, and says there was no contract between the two sides and no basis for payment of a quantum meruit.

Candy bought a new yacht in 2019, for £15.36 million, the defence says, and it was Aspinall who provided the contact details rather than Jordan.

Comedienne Miranda Hart is surprised she keeps being told that she looks slim.

The Call The Midwife star, who is more than 6ft tall, explains: ‘I think the reason people keep saying I’ve lost weight, when the opposite is true, is because I no longer wear skinny jeans.

Allegra Stratton was due to have the most glamorous job in politics, fronting the PM’s daily TV press conferences.

But when these were scrapped she was redeployed to promote the forthcoming eco conference, COP26.

‘I am switching all my bathroom stuff to plastic-free, so shampoo bars and soap bars,’ Stratton tells me, as she launches her One Step Greener initiative at Wimbledon.

Emma went cold on me after food faux pas

If Emma Watson asks you for a restaurant recommendation, my advice is: keep schtum.

Her Harry Potter co-star Jessie Cave has revealed that Watson, 31, never spoke to her again after she advised where to have a tasty meal in the West End.

Cave, 34, who played Ron Weasley’s love interest Lavender Brown, says she panicked when Watson asked her where to go – and picked a venue because of its bright yellow decor. 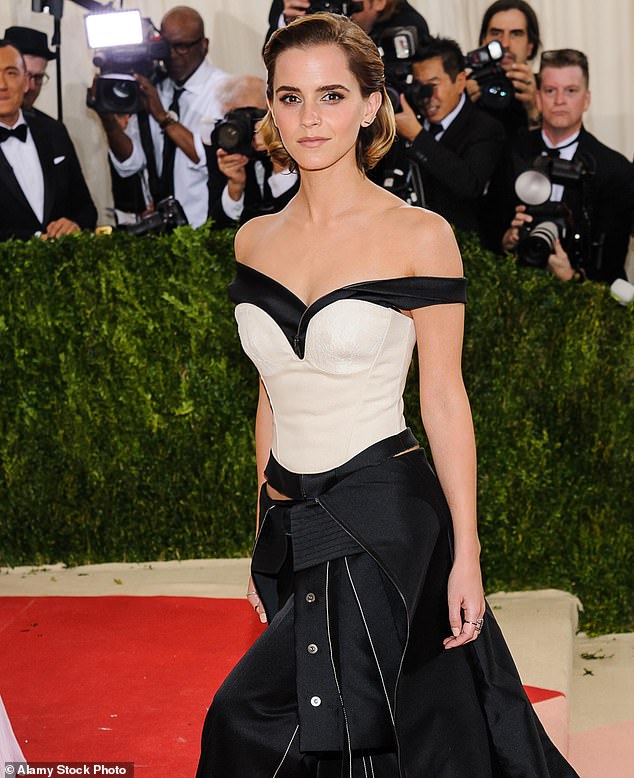 If Emma Watson asks you for a restaurant recommendation, my advice is: keep schtum

‘I was slightly older than her and she seemed to like me in the beginning,’ Cave says.

‘She thought I was cool. So she said: “Do you know anywhere to go in Soho that’s cool?”

‘I just panicked. I’ve never been to a cool place. Then I remembered this restaurant that had just opened off Tottenham Court Road. 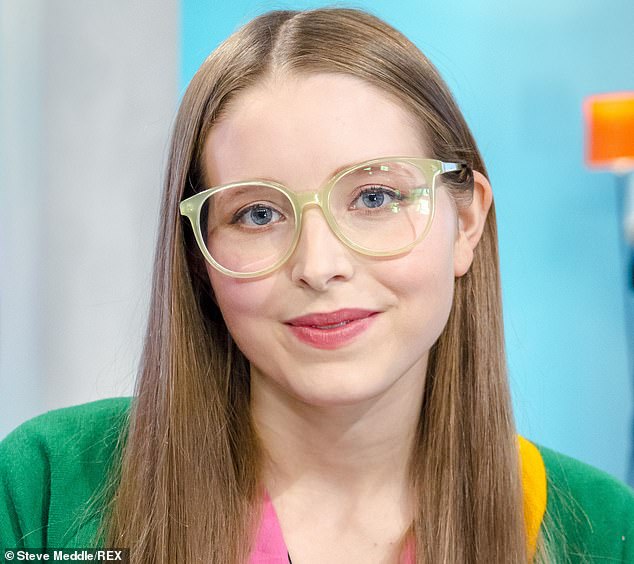 Harry Potter co-star Jessie Cave has revealed that Watson, 31, never spoke to her again after she advised where to have a tasty meal in the West End

It was a noodle bar — fast food, basically. She went on the Friday night, and on Monday morning she came up to me and said: “I went to that place and I got mobbed.” ‘

She had a terrible time. After that, she didn’t really talk to me. It would be funny to anyone else, but I think she was quite upset about it.’

Watson, incidentally, is a Goodwill Ambassador for the United Nations.

Rugby star Danny Cipriani, 33, is tackling his most daunting challenge.

‘We first started IVF in February, as I’ve had past issues which have been rectified,’ she tells me. ‘We were disappointed when the first round failed.

‘However, we are under one of the best embryologists in Europe, so we’re confident it will be a success.

‘We will keep going until we get a pregnancy. Danny is a phenomenal support.’

Victoria, 40, is a mental health campaigner who has an adult daughter, a teenage son and a five-year-old grandchild.

Top auctioneer Harry Primrose is off the market. I hear the colourful Sotheby’s chairman has got engaged to an Old Masters adviser 22 years his junior.

Lord Dalmeny, 53, who is due to inherit an earldom and magnificent Dalmeny House near Edinburgh, will wed Harriet Clapham after a romance of less than two years. 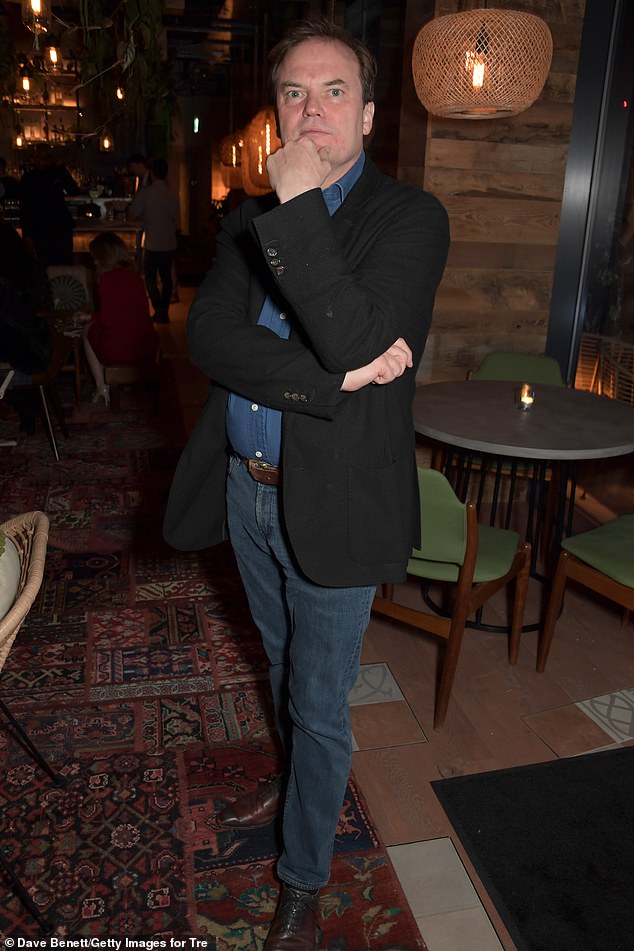 Top auctioneer Harry Primrose is off the market. I hear the colourful Sotheby’s chairman has got engaged to an Old Masters adviser 22 years his junior 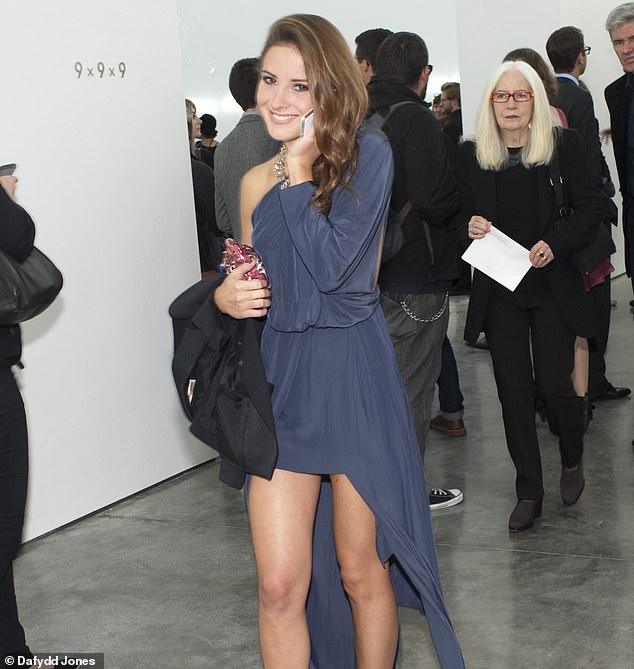 Lord Dalmeny, 53, will wed Harriet Clapham (above) after a romance of less than two years

Dalmeny, who has five children with former wife Caroline Daglish, proposed in front of the Fountain of Love at Cliveden House, Berkshire, where the Profumo scandal began.

Bojo’s toddler Wilf on a trunk call with the herd

Boris Johnson’s wife is making sure their son, Wilfred, shares her love of wildlife.

Carrie, who works for rewilding charity the Aspinall Foundation, took Wilf to see the herd of wooden elephants in London’s Green Park. 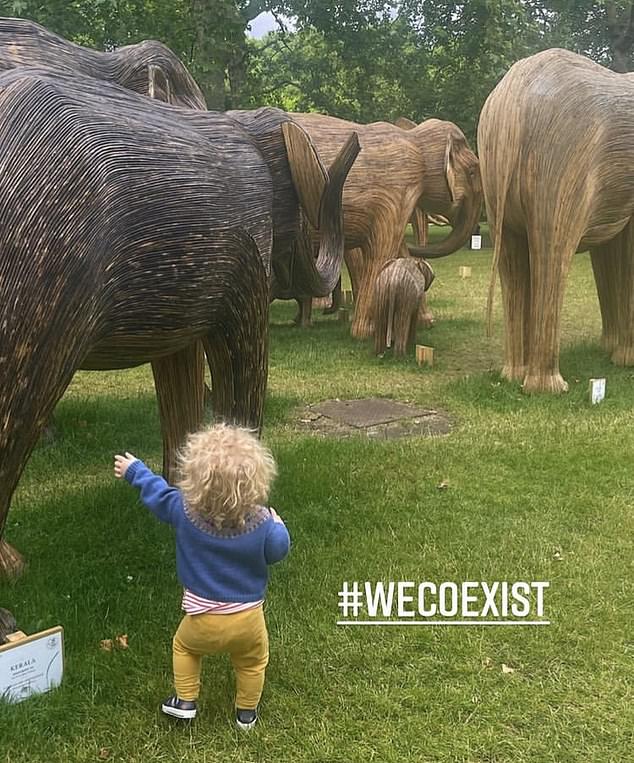 Carrie, who works for rewilding charity the Aspinall Foundation, took Wilf to see the herd of wooden elephants in London’s Green Park (above)

They’re there on behalf of the Elephant Family charity co‑founded by the Duchess of Cornwall’s late brother, Mark Shand.

Wilf is only one, but as you can see, he already has an unruly mop of blond hair of which the PM would be proud.

Michelin-starred chef Tom Kerridge has left a British Airways passenger boiling over after being served an ‘inedible’ in-flight meal.

‘How can you put your name to this disgraceful dish?’ asked one flyer, who paid for a soggy-looking pie.

‘Even if you wanted to eat it, you can’t, as no knives and forks were provided.’

A spokesman for the Tom Kerridge Group says it is investigating this ‘isolated incident’, adding: ‘Our pies meet strict quality control standards before leaving the kitchen.’

Kerridge has apologised to the passenger and asked for his home address.

A case of sending some humble pie?

Pride Month Is Over, But Here Are Some LGBTQ-Owned Businesses You Should Still Be Supporting