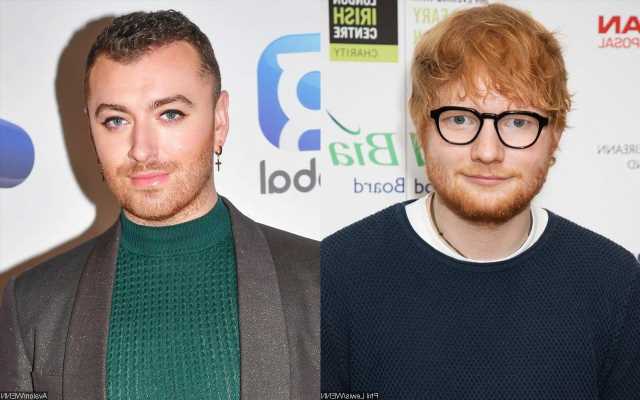 During a radio interview, the ‘Bad Habits’ hitmaker is inspired to do so after the ‘Dancing With A Stranger’ singer saw the unusual decorative piece in his pub at his home in Suffolk, England.

AceShowbiz –Ed Sheeran is planning to give Sam Smith a six-foot tall marble penis. The “Bad Habits” hitmaker has revealed he’s having the life-size phallic model made for the 29-year-old singer after the “Dancing with a Stranger” singer saw the unusual decorative piece in the flame-haired hunk’s pub at his home in Suffolk, England recently.

Speaking to Zoe Ball on BBC’s Radio 2, the 30-year-old singer said, “I’m having a life-size one made for Sam Smith as well because Sam saw one of them in my pub at home and said, ‘Oh my God, I’d love one of them.’ “

This isn’t the first time Ed has gifted a marble penis to a friend – he also gave Elton John one for his birthday in March. Elton, 74, said previously, “For my birthday this year, he [Ed] gave me a giant marble penis. I don’t know if that’s because I’ve always been a p***k or what. It’s really big, it’s beautifully made.”

The rocker admitted his husband, David Furnish, wouldn’t let him put the X-rated statue in their garden because it would be seen by their sons, 10-year-old Zachary and 8-year-old Elijah. He laughed, “It’s hidden in an area in the house where they wouldn’t see it!”

Ed has a history of giving friends raunchy gifts – previously revealing he’d sent Courteney Cox a “leather gimp mask”. In an interview on “The Late Late Show with James Corden“, the “Perfect” hitmaker recalled the time he pulled the NSFW prank on the former “Friends” star after the latter told him she could buy anything she wanted from her Alexa device.

“So, she walks out the room and I go, ‘Alexa, order me a leather gimp mask,’ ” he told host James Corden. “Unbeknownst to me, Courteney’s assistant opened the post and she finds this mask and instantly goes, ‘Oh, I don’t think I was meant to see that,’ and leaves it on Courteney’s bed. And Courteney comes up and she’s like, ‘Where did this come from?’ “

Spoilers: Creepy Rose sets Toadie up for heartbreak in Neighbours