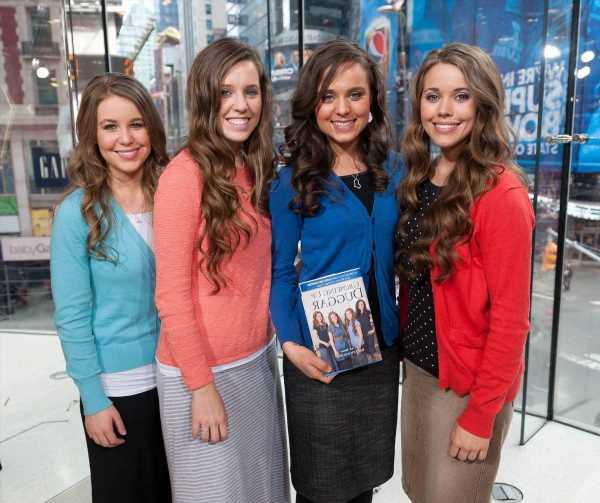 The Duggar family continues to stay in the spotlight when it comes to legal action. In December 2021, Josh Duggar’s trial took place — and it certainly put the family in a negative light. Now, in recent Duggar news, it seems Jinger Duggar, Jessa Duggar, Joy-Anna Duggar, and Jill Duggar will enter the court in 2022 against the police. But the trial won’t happen until April. Here’s what’s going on.

Josh Duggar’s trial brought a lot of negative attention to the Duggar family. Federal agents arrested Josh in April 2021 on suspicion of downloading and obtaining child sexual abuse material. During the trial, prosecutors showed the jury the illegal material found on Josh’s work computer. The jury concluded the trial with a guilty verdict. As of December 2021, Josh awaits sentencing.

During the trial, the prosecution also brought up Josh’s past. In 2015, police documents from the early 2000s show Josh confessed to molesting young girls when he was a teen, a few of whom were his sisters. These police documents were leaked to the media in 2015, and the media then aired them to the public.

At the time, the scandal nearly cost the Duggar family everything they built with TLC. The network canceled 19 Kids and Counting, though the Duggars returned with Counting On. Counting On did not feature Josh.

While Josh Duggar’s trial resulted in a guilty verdict, his sisters still want answers as to why Josh’s police report from the early 2000s was leaked to the public. According to The Sun, Jill, Jessa, Jinger, and Joy-Anna Duggar sued the city of Springdale in May 2017. They also sued police department employees, the owner of In Touch, and other defendants. The sisters claim their privacy was invaded, and the records hitting the media caused them “extreme mental anguish and emotional distress.”

According to The Sun, recent Duggar news suggests the trial for this case will start on April 18, 2022 — a delay from the initial scheduled date. The court has a backup date scheduled for June 20, 2022. A pretrial conference will happen on April 11, 2022. And the publication notes the trial will likely last seven days with eight people on the jury.

“They’ve been allowed to proceed on their case against the police department and a couple of police officers,” a source told The Sun in regards to the Duggar sisters. “That was supposed to go to trial the same week as Josh’s trial, but it got reset.”

Jana Duggar heads to court next in January 2022

While Josh Duggar’s trial ended in December 2021 and the Duggar sisters will head to court in April 2022, Jana Duggar’s upcoming court appearance is breaking Duggar news. Us Weekly reports Jana was charged with “endangering the welfare of a minor” in September 2021. She will allegedly appear in court in January 2022.

Jessa Duggar took to Instagram to defend her sister once word about the trial came out. “Bottom line — it was an innocent mistake,” Jessa wrote in her Instagram Stories. “She was babysitting and one of the kids slipped out the door unnoticed, but it ended safely. Could’ve happened to anyone. The media is sensationalizing this because of our current family circumstances and it makes me so mad.”