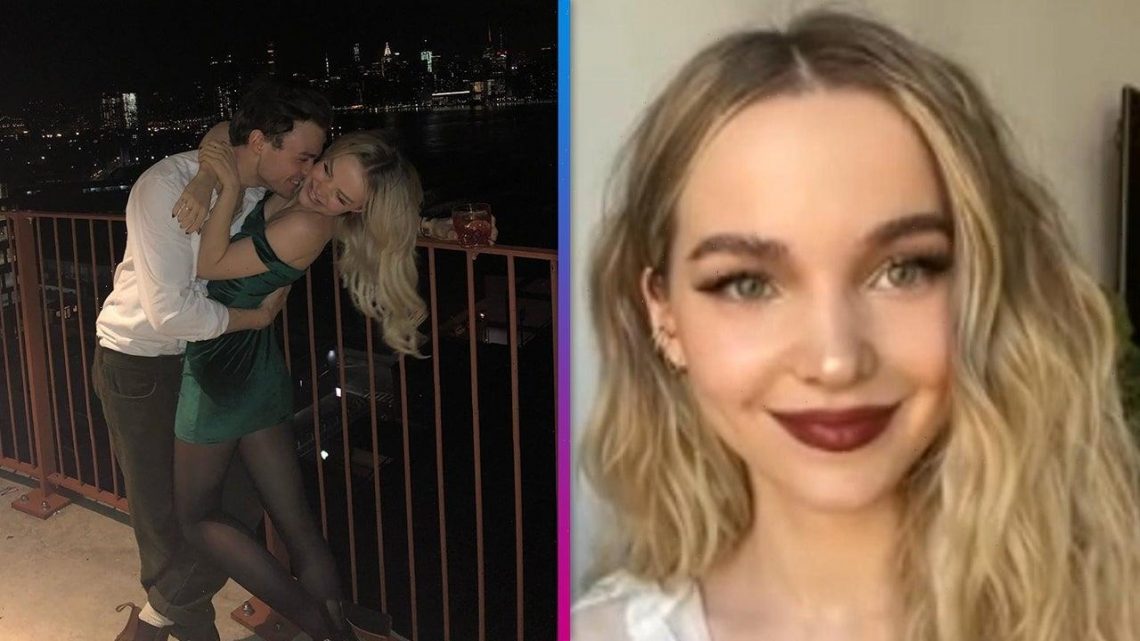 Dove Cameron has found healing, happiness and catharsis through making her new music. After a public and difficult split from her long-time boyfriend late last year, the 25-year-old artist says she found her way through a difficult patch with her recent single “LazyBaby.”

“LazyBaby is about a breakup, or well, it follows post-breakup. I went through a very public breakup last year, and I was in a really bad place, like a really, really bad place,” Cameron told ET’s Katie Krause, referring to her split in December from Thomas Doherty, after four years of dating.

“The breakup f**ked me up,” Cameron shared. “It was really hard, and I needed something that was going to get me from where I was, in the mourning process, into the other side.”

The problem was, as Cameron explained, “I didn’t quite know how I was going to do that.”

“I was alone, and it was during the pandemic. No one could come out and see me and I couldn’t leave Canada, and everything was shut down,” she shared. “So I was really struggling to work through that.”

So, she turned to her music and she ended up crafting her single “LazyBaby,” which she described as “kind of satirical, comedic, [and] uplifting.”

“I do best when I can laugh at my pain,” Cameron shared. “[The song] really helped me get from one place to the next, with the break-up.”

According to Cameron, her ex “loves it” as well.

“He listens to it all the time,” she shared. “I sent it to him before it came out, and he still sends me voice notes all the time.”

The young songstress said that, despite their split, “Everything’s very amicable.”

While Cameron admitted that she doesn’t think she’ll ever “go into what happened” regarding their break-up, opting instead to keep it personal between herself and Doherty, she said the pair still “love each other so much.”

“I personally believe we have many soulmates in this life, but I don’t think that somebody stops being a soulmate when you break up. I will love him differently now,” she explained. “I think if you loved somebody that deeply, you’re always going to love them that deeply. He’s one of my favorite people in the world… I don’t think we could ever be not in a good place. Even when we were breaking up.”

Cameron also reflected on what she learned from the experience of being in a committed relationship for such a long time in a public forum, sharing, “I think that you have to love people with every inch of you and you can’t regret it when it ends.”

As for her new single “Taste of You,” which she created in collaboration with REZZ, Cameron explained that it’s “the kind of music I listen to.”

“I like where my voice sits on the track. I love the lyrics. I love how sexy and dark it is,” she said. “It sounds really exciting.”

As for what’s next musically for Cameron, she teased, “I’m always working on music that could eventually be a full-length album.”

“I’m definitely working on a lot of music right now,” she continued. “I’m working with one of my friends, which is really nice. It’s really nice to be surrounded by other artists all the time.”

Check out the video below to hear more from Cameron about her personal life and her forthcoming projects.