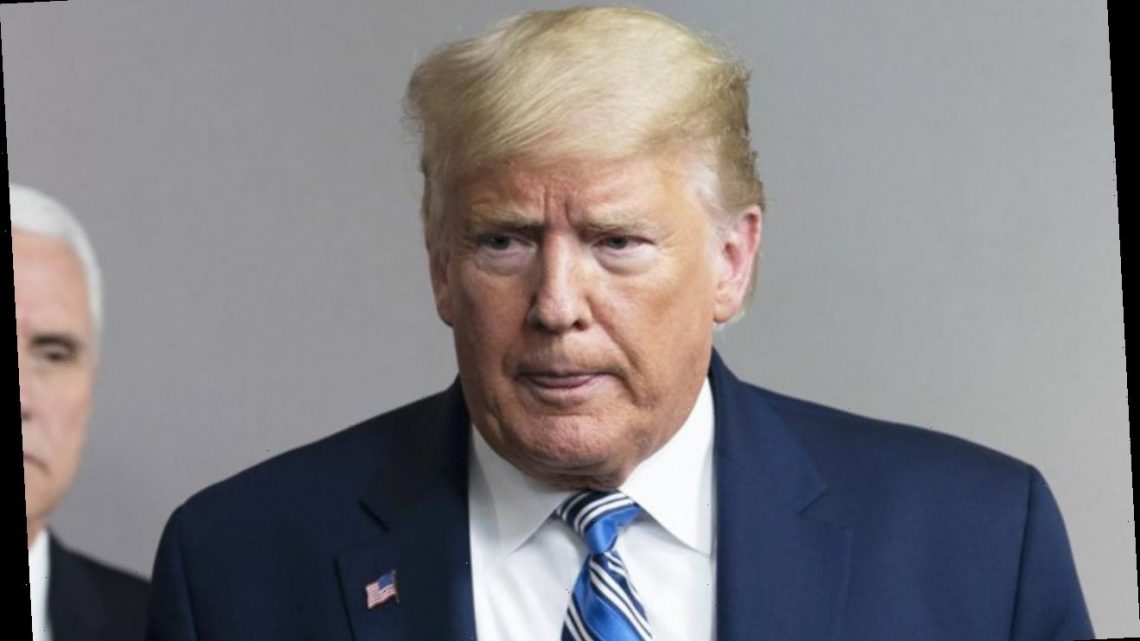 Prior to the chaotic and violent riots, Trump claimed in his speech in front of his supporters that the election was stolen from him and urged Vice President Mike Pence to decertify President-elect Joe Biden’s win.

AceShowbiz -President Donald Trump may never be able to use his Twitter account ever again. The blue bird app has suspended the businessman-turned-president account for at least 12 hours over his “Stop the Steal” speech for his supporters who stormed the Capitol Building ahead of Electoral College votes on Wednesday, January 6.

Prior to the chaotic and violent riots, Trump claimed in the vieo that the election was stolen from him. He also tweeted about urging Vice President Mike Pence to decertify President-elect Joe Biden’s win. “If Vice President @Mike_Pence comes through for us, we will win the Presidency. Many States want to decertify the mistake they made in certifying incorrect & even fraudulent numbers in a process NOT approved by their State Legislatures (which it must be). Mike can send it back!” so he tweeted.

He went on telling a group of supporters outside of the White House, “Because you’ll never take back our country with weakness. You have to show strength, and you have to be strong. We have come to demand that Congress do the right thing and only count the electors who have been lawfully slated. Lawfully slated. I know that everyone here will soon be marching over to the Capitol building. To peacefully, patriotically make your voices heard.”

The riot also claimed a woman’s life after being shot inside the Capitol during the overrun by pro-Trump mob. It remains to be seen who shot her, but chief Robert J. Contee of the Metropolitan Police Department revealed that she was a “civilian,” adding that the authorities are currently investigating the matter.

Amid the chaos, Trump took to Twitter to tell the rioters to go home while calling them “very special.” He tweeted, “I know you’re pained, I know you’re hurt. We had an election that was stolen from us. It was a landslide election, and everyone knows it. Even the other side. But you have to go home now. We have to have peace. We have to have law and order and respect our great people in law and order.”

Twitter also threatened to permanently lock his account if “the Tweets are not removed,” insisting that “future violations of the Twitter Rules, including our Civic Integrity or Violent Threats policies, will result in permanent suspension of the @realDonaldTrump account.”

“We’ll continue to evaluate the situation in real time, including examining activity on the ground and statements made off Twitter. We will keep the public informed, including if further escalation in our enforcement approach is necessary,” the blue bird app concluded its statement.