Home » Celebrities » Dolly Parton Once Considered Abandoning Her Iconic Image: 'I Might Throw the Wigs Away' 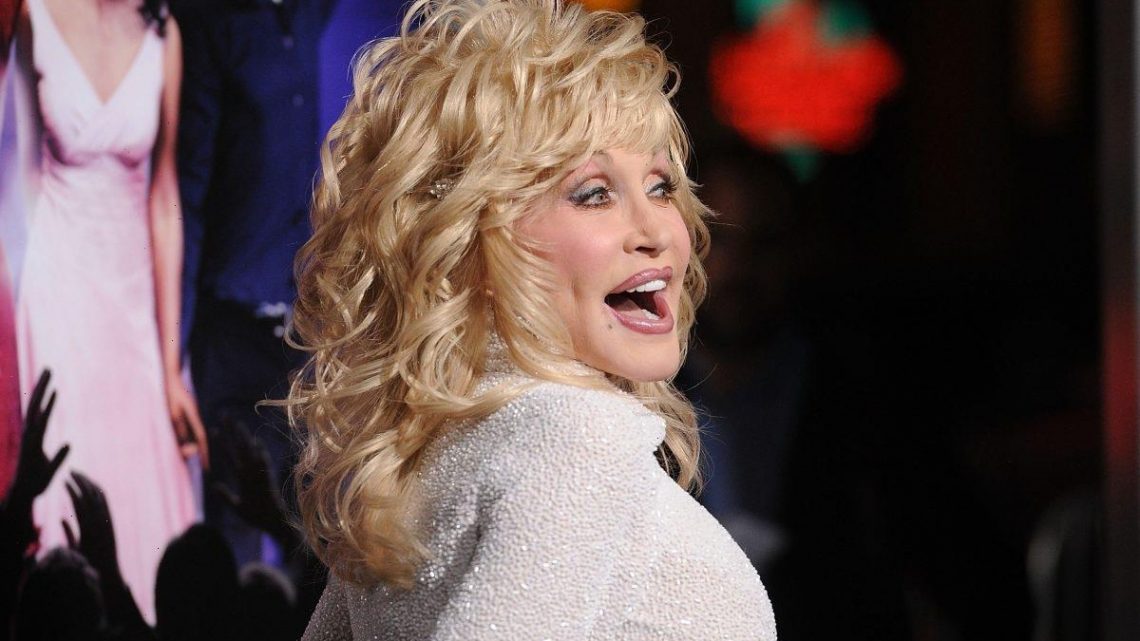 Dolly Parton Once Considered Abandoning Her Iconic Image: 'I Might Throw the Wigs Away'

When one thinks of Dolly Parton, one thinks of big, blonde hair, rhinestones, and over-the-top makeup. It’s hard to imagine the Queen of Country looking any other way. But, according to the book Dolly on Dolly, the “9 to 5” singer considered changing up her iconic image a few times throughout her career. Now, of course, at the age of 75, we know she never went through with it. But here’s why Parton, at one time, contemplated making a big change.

Dolly Parton wanted the focus to be on her talent

Early on in Parton’s career, she created a character to play when in public — a larger-than-life Dolly. But there were times when the “Jolene” singer grew tired of the persona she was playing.

“I might throw the wigs away tomorrow, next month, next year,” she told Star, as recorded in Dolly on Dolly. “Maybe never. If I feel the need to, I might do something drastic when I’m ready to shock the people again. . . . It’s unfair to keep a person bound to an image. It’s time to look inside the hour-and-a-half-glass figure and the hair, to look at the music and the talent. I deliberately chose this appearance so that the image could sell the talent, and the talent would sell the image. But the talent was always more important and should take over now.”

As Parton fans know, the Queen ended up embracing her image. She attributes part of her long-term success to the character she plays so well.

“A character never grows old,” she told biographer Alanna Nash. “A character lives forever, just like Mae West, like Zsa Zsa Gabor. Liberace. I guess I am a character only because I’m just totally what I am. I’m not afraid to be that and say what I want to, and just do what I want to do.”

Dolly Parton’s image in the press

Parton has called herself “queen of the tabloids” for many years. Her “character” lends itself particularly well to that world.

“Let’s put it this way,” she told journalist Joel McNally in 1994, “I’d just as soon never be in [the tabloids], but I am in ’em, and it doesn’t bother me. Like I say, I kinda like bein’ the queen of pretty much anything. But I am one of those white trash kind of people. I’m fun to write about. So I leave myself kinda open for that particular kind of reader.”

While Parton’s name has graced countless tabloid headlines, her image in the media has always been carefully cultivated by her management.

“I think you can overdo it, especially somebody as weird as me and, you know, outrageous and all,” she told radio personality Chuck Brinkman in 1977. “You’ve seen me once, you’ve seen me. I’m like Brylcreem. . . a little dab’ll do ya! But I don’t like to be overexposed. I think exposure is good, I just think you have to choose the things you do as far as publicity. . . your articles, your cover stories of magazines, and TV. And I think my management is real smart. At the time that people are just about to get sick of me, they take me off the market for a little while. So I leave that up to them.”

An air of mystery

The character of Dolly Parton is an open book. But there are certain facets of the “When Life is Good Again” singer’s life that she’s chosen to keep private.

“I guess I am mysterious, because there are so many things that I don’t tell,” she told Nash. “But I don’t want to. I mean, I’m sure everybody has lots of things that they don’t want people to know they do, or things they feel that they wouldn’t want to say for fear somebody’d think they’re perverted or crazy or somethin’. But you still feel ’em just the same.”

At the same time, Parton feels that she’s a mystery to even herself. Not even she knows what she’ll do next.

“Nobody could ever know all of me,” she told journalist Martha Hume. “I don’t. I’m even fascinatin’ to myself. I’m mysterious to myself because I often do things that I wouldn’t have thought the day before I would do. But that’s good—I don’t get bored with myself.”