Kim Kardashian West’s children used to be small babies, but now her oldest daughter, North, is growing up and becoming more independent every day.

In this day and age, social media usage is a common thingfor kids all over the world, so fans might be wondering where Kardashian Weststands on the issue. Does North have a social media account? If not, willKardashian West allow her daughter to create one soon? 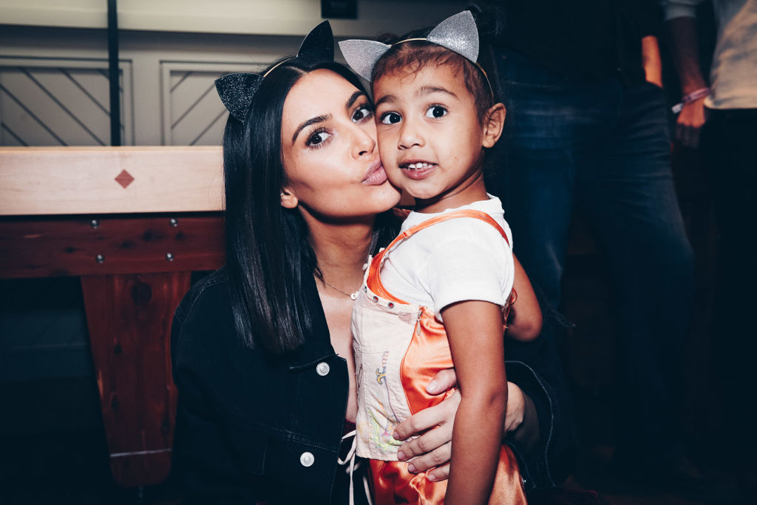 North is considered an older Kardashian-Jenner kid, but she is far from being the oldest among her cousins. Mason and Penelope Disick – both are Kourtney Kardashian and Scott Disick’s children – are 10 and 8 years old, respectively.

Back in 2016, when North was only three years old,Kardashian West revealed at an event in Los Angeles that she was not sure whenshe would allow her oldest daughter to have a social media account. However,she noted that she would have to “have a conversation” with North about it, asreported by Harper’sBazaar.

In any case, Kardashian West also shared that, if North were to be active on social media, she would most likely monitor her closely. She said: “I kind of went through that with my youngest sisters Kylie and Kendall. They wanted Facebook accounts and me, Khloe and Kourtney had their passwords and spied on them for my mom.”

Kardashian West seems to have relaxed her social media rules a bit these days. She shared with Entertainment Tonight in February 2020 that North actually has a TikTok account. However, it is private and it will be a while before fans get to see North on the platform.

“North has a private TikTok account, so we do lots ofTikToks together, and she puts them in drafts,” Kardashian said.“She’s not allowed to post them, but we have a lot of TikToks.”

What is everyone doing to keep your kids entertained??? As a family we are social distancing but need some fun ideas of what to do! Any suggestions would help!

RELATED: Kim Kardashian West Fans Are so Confused by How One of Her Kids Is Aging

Kardashian West has also revealed that she herself is more “cautious”about her own social media usage now that she is a mother.

“I think at the beginning, I didn’t know what the word ‘privacy’ really meant,” Kardashian West told E! News. “As you get older and you have kids, and you realize you do want to value some privacy, I figured out a really good balance of sharing what I want to share.”

Additionally, she added that she does not “overshare” as much as she used to, especially since thesafety of her family is important to her.

“I learned firsthand that if you share too much, it can be alittle bit dangerous at times,” Kardashian West added.