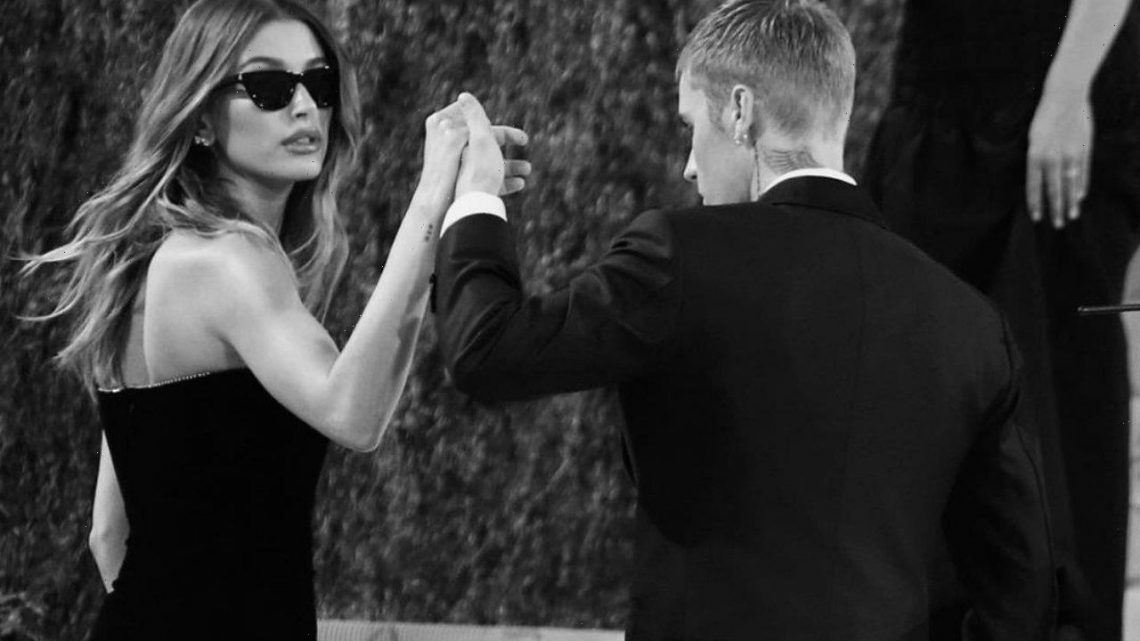 The ‘Love Yourself’ singer sparks a speculation that he and his wife are expecting their first child together as he placed his hand on her stomach while posing on the red carpet.

AceShowbiz -Are Justin Bieber and Hailey Baldwin finally ready to start a family? The couple, who has been married for three years now, sparked a speculation that they may be expecting their first child together following their appearance at the 2021 Met Gala.

During the Monday, September 13 event, the Canadian superstar placed his hand on Hailey’s tummy, albeit just for a second, while posing on the red carpet. His gesture led to people thinking that he might have hinted at his wife’s pregnancy.

“Guys, I think Justin [is trying to] tell us that [Hailey] Bieber is pregnant,” an excited fan tweeted. Another shared her/his theory, “Here is my take, she’s pregnant, he wants to tell, she doesn’t.”

Neither Justin nor Hailey has commented on the pregnancy rumors, but sources allegedly close to the couple have set the record straight. The sources tell TMZ that the model is not pregnant and it was just an innocent pose.

This isn’t the first time Justin sparked a pregnancy speculation. Back in July, the “Baby” hitmaker posted a picture of him and his wife, captioning it, “mom and dad.” After social media users wondered if it was a pregnancy announcement, the daughter of Stephen Baldwin commented on her husband’s post, “I think u should maybe change this caption to *Dog Mom and Dad* before anyone gets it twisted.”

The pregnancy speculation aside, Justin and Hailey’s Met Gala appearance was highlighted by the reaction of Selena Gomez fans at the event. The couple was taunted by Selenators, who chanted, “Selena! Selena! Selena!” as the spouses were walking the red carpet.

They managed to remain cool and looked unfazed, and now Hailey’s cousin Ireland Baldwin has come to her defense. When one TikTok user accused Selenators of trying to “ruin justin and hailey’s red carpet moment,” the daughter of Alec Baldwin commented, “They’re one of the happiest and most in love couples I’ve ever gotten the chance to be around.” The 25-year-old model added, “They don’t care about them,” with a crying-laughing emoji.

MAFS cast have TEN reality show appearances between them
Entertainment