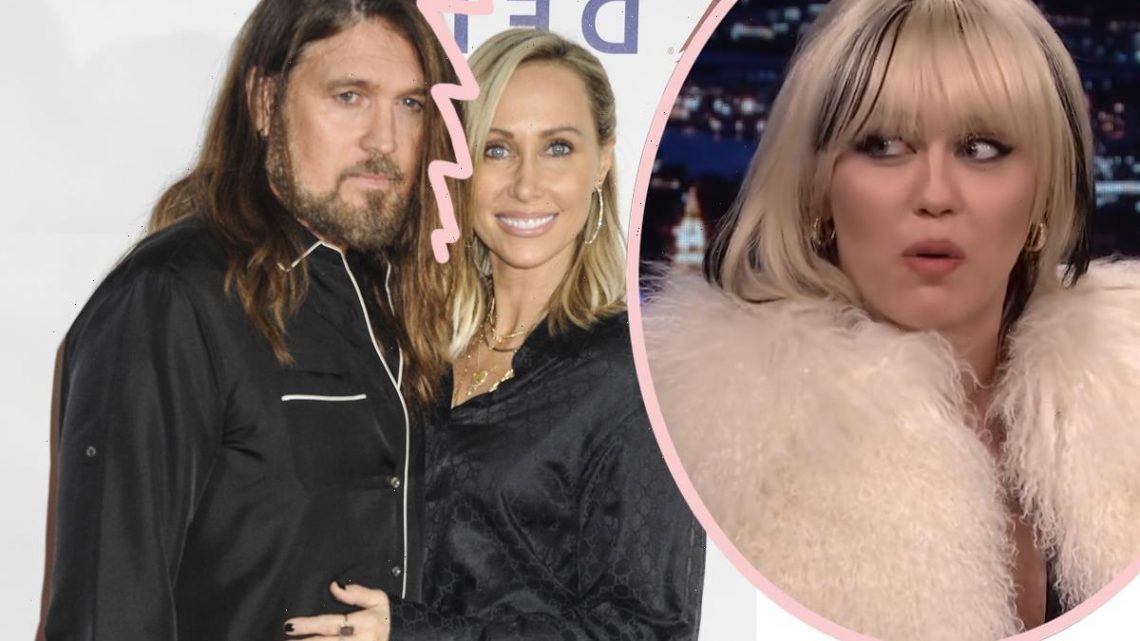 In a year full of celebrity couples calling it quits, has one of the biggest breakups happened without anyone realizing?? That’s what fans are wondering after seeing a very notable absence in the Cyrus family holiday celebration!

On Christmas Day, Tish Cyrus posted a sweet family pic, practically a Christmas Card photo, of the whole family… well almost. Miley Cyrus was there, as were Trace, Noah, Brandi, and Braison — whose wife Stella is credited with taking the great pic.

Miley reposted the same pic, only she captioned it:

“Christmas with the Cyrus family

Guess who the only one not stoned is?”

Once again she tagged everyone in the pic… but not the family member who was missing in action.

So… where the heck is Billy Ray Cyrus??

That’s the question on commenters’ minds after seeing the family pic. Here are just a few concerned questions that went unanswered on both Tish’s post and Miley’s:

“Where’s their dad? Seems quite crazy he’s not there”

“Wait where is dad”

“Where’s Billie ray? I’ve noticed that he’s been mia for a while, not even any pics of him with his baby grandson and now Christmas and he’s nowhere in sight.”

Tish posted another pic to her IG Stories which again didn’t feature her hubby. He isn’t mentioned anywhere as having participated in the family gathering. In fact, we can’t find any trace of Billy Ray on Tish’s IG for the past TWO YEARS! Did she scrub him??

And over on his own IG, Billy Ray’s latest posts are all about music — centering largely on his collaboration with up-and-coming Aussie singer Elizabeth Rose, AKA Firerose.

Tish hasn’t appeared in over a year. Is it a New Day for Billy Ray as a single man once again??

The Achy Breaky Heart superstar has been with Miley’s mom for nearly three decades. They were married in 1993 after having the Disney star and getting pregnant with Braison.

For a country music couple, the marriage has been somewhat rocky. The parents have had their share of problems over the years, with both filing for divorce twice, the first time in 2010 and the second in 2013. Both times they called it off, bringing back the relationship from the brink. Through a rep, Billy Ray told Us Weekly about the near miss in 2013:

“We both woke up and realized we love each other and decided we want to stay together. We both went into couples therapy something we haven’t done in 22 years of being together, and it’s brought us closer together and really opened up our communication in amazing ways.”

Did the therapy not work??

Learning of a secret split this way feels like a real lump of coal for Christmas, we aren’t gonna lie. Do YOU think they quietly broke up??