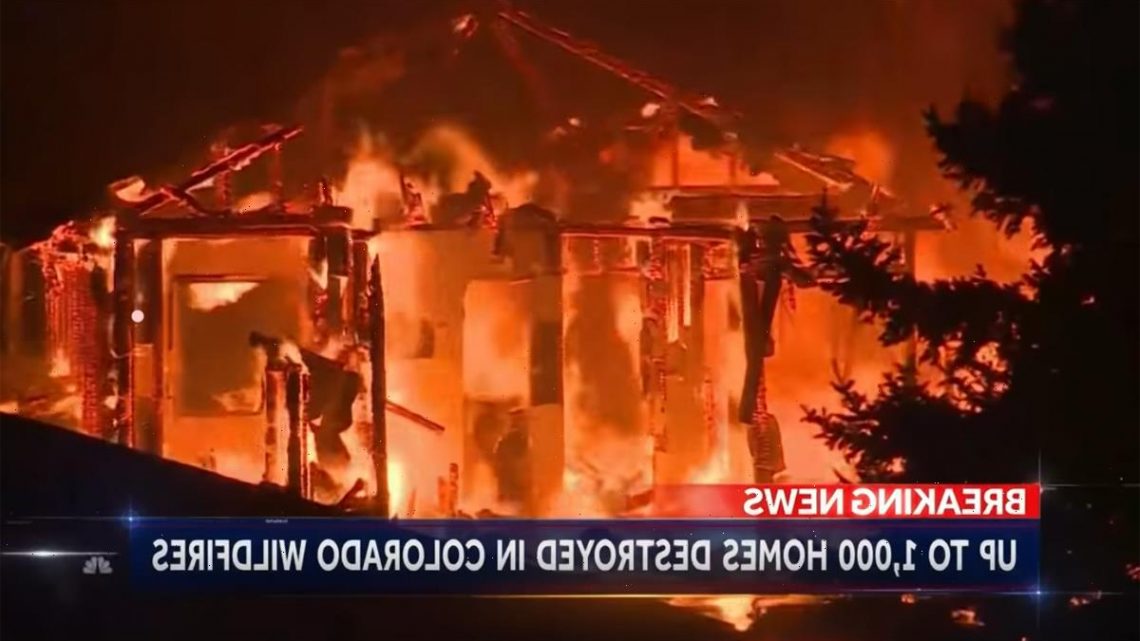 Did A Religious Cult Start The Massive Colorado Wildfires?!

Holy s**t, is a religious cult to blame for the Marshall fire in Colorado?!

Law enforcement has been looking into what possibly caused the massive wildfires that destroyed nearly 1,000 homes and forced thousands of people to evacuate last week. And they may have found the culprits – or at least, where the devastation began. According to The Denver Post, investigators suspect the blaze may have started on the property along Eldorado Springs Drive owned by the cult known as the Twelve Tribes.

Police were able to potentially narrow down the fire’s origins after someone drove by the morning of the Marshall fire and filmed a viral video of a shed burning on the sect’s land. While they haven’t determined the exact location, Boulder County Sheriff Joe Pelle said they know the flames started in that neighborhood now.

The compound has been blocked off since Sunday in order for authorities to investigate the area. A member of Twelve Tribes, who wished to remain anonymous, said in a statement to The Denver Post about the investigation:

“We’re just in the same boat as everyone else is in, we’re waiting on the authorities to conduct an investigation and we’re cooperating. We would like to find out where it started like everyone else. We’re obviously part of that community… our hearts and prayers are with everyone.”

In case you didn’t know, the religious group was founded by Eugene Spriggs in the early 1970s in Chattanooga, Tennessee. They’ve previously come under scrutiny for their racist and homophobic teachings, and have been slammed for their treatment of children.

Sociologist Janja Lalich told The Denver Post that Spriggs thought kids should be punished with wooden rods, so adults often spank and strike the kids whenever they’re deemed to be misbehaving.

Several former members claimed they suffered severe abuse and hours-long beatings as children. Vermont police officers and social workers even took 112 children from a Twelve Tribe property into protective custody in 1984 after receiving multiple reports of child abuse. However, the kids were later returned when a judge determined the raid was unconstitutional. The group has continuously defended their belief in how they discipline.

Furthermore, Southern Poverty Law Center reports that Twelve Tribes considers slavery to be a “marvelous opportunity” for Black people, whom they believe are “deemed by the Bible to be servants of whites.”

According to The Denver Post, some of their literature touches on fire, specifically “fire as a force of God.” Neighbors spilled that the roughly 20 or 30 people who reside on the property on Eldorado Springs Drive keep to themselves but have been known to burn things on the property in the past. Dave Maggio told the outlet that while he believes the Marshall fires started on the property, he doesn’t believe it was “on purpose”:

“Whatever work they are doing over there, something has triggered a couple (of fires in the past). This one, my guess is it wasn’t vindictive, it wasn’t on purpose.”

This is just crazy, Perezcious readers! Reactions??? Drop them in the comments (below).

Bridal Bliss: Sabine And Ejiro Proved Two Breathtaking Weddings Are Better Than One

7 ways to create the perfect cosy atmosphere at home
Entertainment