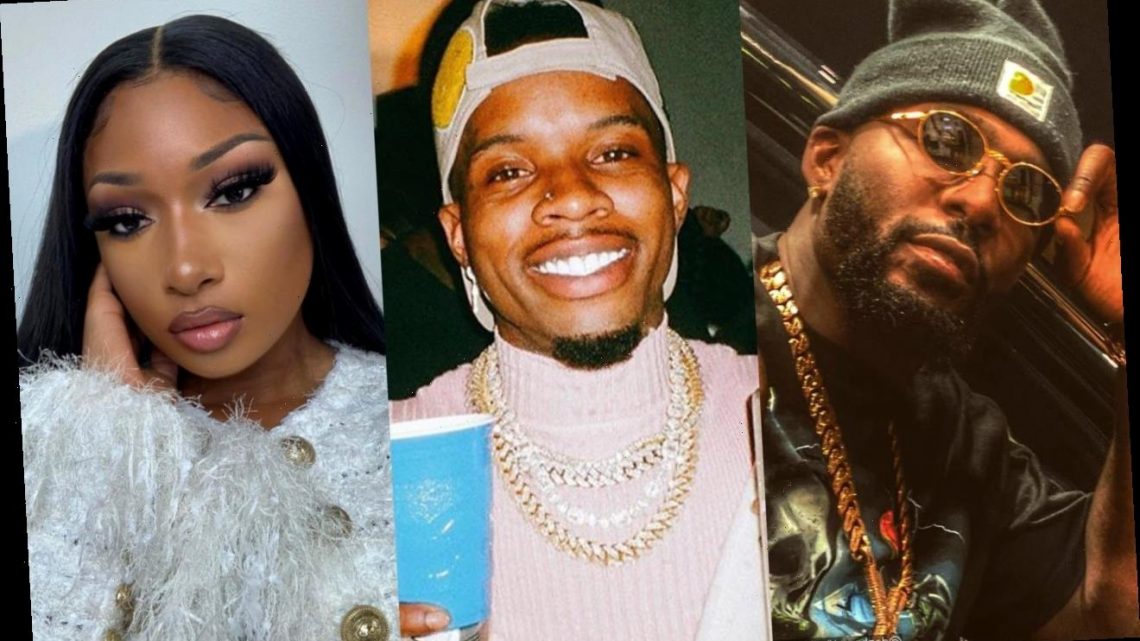 The Baltimore Ravens wide receiver takes to Twitter to call the Canadian star the ‘real 1’ amid reports that Megan dropped charges against Tory, something that the ‘Savage’ raptress denied.

“Salute to a real 1 @torylanez,” the athlete tweeted amid reports that Megan dropped charges against Tory, something that the “Savage” raptress denied. Attempting to prove his point, Dez wrote, “Charges are dropped… I’m not going to go back and forth with you because you couldn’t fix your mouth to call me Coward if I stood in your because I wouldn’t mind taking that charge just to make an example out of you.”

“I didn’t ask you to educate me on s**t.. I wasn’t looking for it.. you invaded my space… you talking a lil bit to tough for me.. you insist to make this a public situation.. why don’t we find a date and we can handle however On God I promise to take time out and see about this,” he continued.

In a separate tweet, he concluded, “I like Tory lanez music the man jam period.. if the man shot a woman he wrong no buts about it… but if you think I’m going to dislike somebody without the facts.. go ahead and hate me… social media has taking away a lot of people self control….”

Earlier that day, rumors suggested that Megan dropped charges against fellow rapper Tory following the alleged shooting accident back in summer. The “Good News” musician quickly shut down the rumors, writing on Twitter, “AT THIS POINT IM GETTING ANNOYED ! STOP BELIEVING EVERYTHING YOU READ ON THE MF (motherf**king) INTERNET.”

“Y’all can’t tell when s**t fake news? Y’all still don’t see an ABUSER picking with me ? The first court date got pushed back bc (because) of the inauguration but I can’t wait until the MF FACTS come out !” the Houston raptress added, before sharing a message that seemed to be directed at Tory, “B***h you shot me AND MY STORY NOT CHANGING AND B***H YOU GOING TO JAIL (sic).”