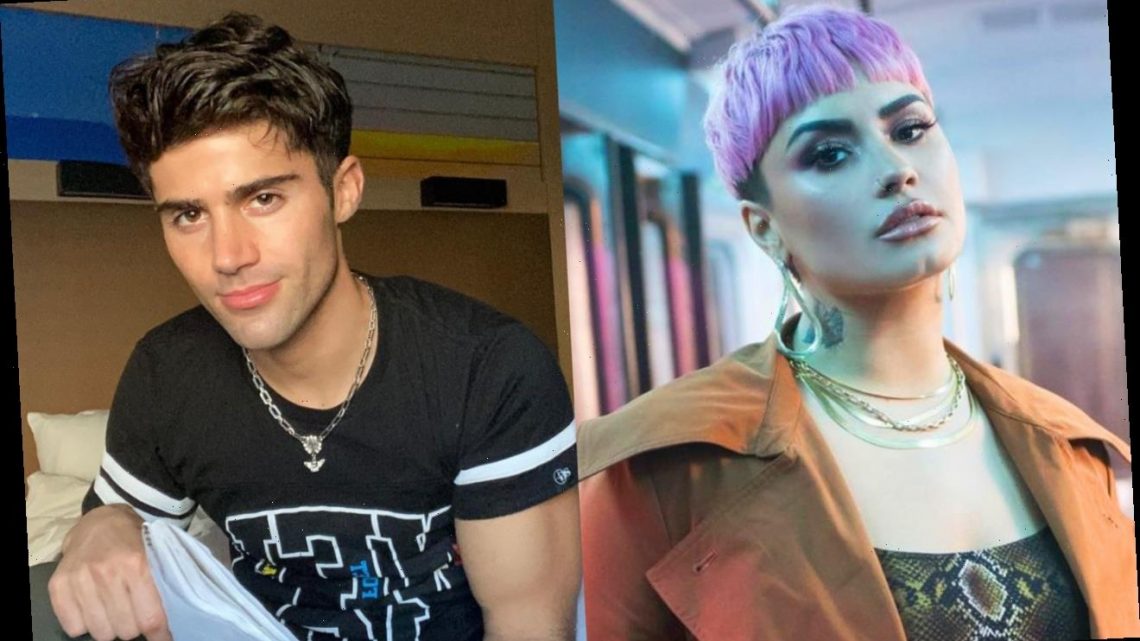 The 28-year-old singer, who has been struggling with substance abuse since she was a teenager, is also reportedly ‘focusing on her sobriety’ as she puts that ‘at the top of [her] mind.’

AceShowbiz –Demi Lovato is in the right headspace to getting back to the dating game. After splitting from ex-fiance Max Ehrich in a very public breakup almost five months ago, a source reveals that the former Disney star is “ready to date” again.

The insider claims to HollywoodLife.com that the 28-year-old “Sorry Not Sorry” hitmaker is “currently more focused on recording in the studio.” It is further said that the singer has been spending time there “as much as possible.”

Demi, who has been struggling with substance abuse since she was a teenager, is also reportedly “focusing on her sobriety” as she puts that “at the top of [her] mind.” Following her relapse in 2018 and her apparent drug overdose in July of the year, Demi is now “eating super healthy and working out.”

The informant adds that the “Confident” singer is “doing great and is a little bit of a recluse, diving into this new album and project and everything that she’s working on studio-wise. But she’s in a really great headspace.”

Demi is set to get candid about her drug overdose in her YouTube documentary series titled “Demi Lovato: Dancing With the Devil”, which will premiere on the video streaming platform in March. According to YouTube Originals officials, the four-part series will provide fans with “an honest look back at some of the most trying times in Lovato’s life as she unearths her prior traumas and discovers the importance of her physical, emotional, and mental health.”

Sharing in a statement, Demi, who calls the near-death experience “the darkest point” in her life, went on to say, “I’m grateful that I was able to take this journey to face my past head-on and finally share it with the world.”