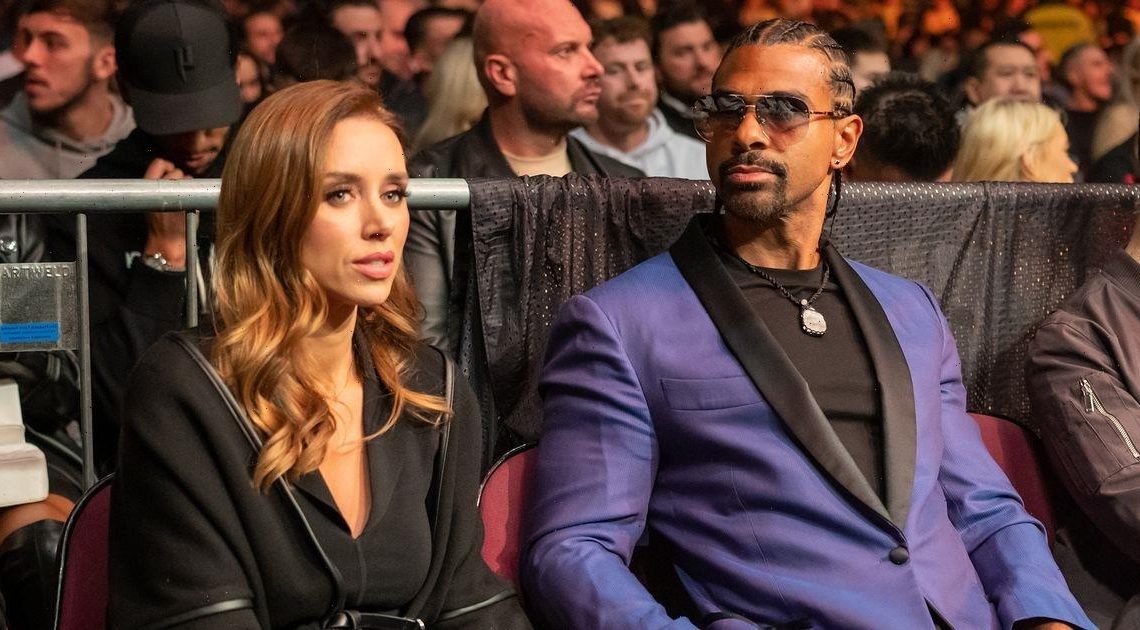 David Haye and Una Healy enjoyed a night out watching the boxing after previously addressing rumours they are in a throuple relationship with model Sian Osborne.

I'm a Celebrity… Get Me Out of Here’s David, who featured on the show in 2012 with Ashley Roberts and winner Charlie Brooks, is rumoured to be dating The Saturday’s singer after meeting her through the celebrity dating app Raya.

David, Una and Sian were spotted on holiday, and on Saturday, the trio appeared to be Sian-less as they attended the A0 Arena in Manchester to watch Chris Eubank Jr fight Liam Smith.

The 42 year old boxer shared a video from the event that showed him beaming alongside Una, 41, with the caption: “The atmosphere last Sat night.”

“We're nearly there, the main event of the evening. Chris Eubank Jr and Liam Smith, let's go!” he added in the video.

David was pictured looking dapper in a royal blue blazer with a crystal necklace hanging around his neck as Una sported a black wrap-around dress and had her hair curled into loose waves.

During the event, he also seemingly confirmed the romance when he said: “What I do behind closed doors is between me and the girls.

“I like to keep my private life private. I let people in through my social media a little bit, but what I do behind closed doors is between me and the girls involved."

He added: “So yeah, I don’t really want to go into all that.”

David introduced the world to his apparent new relationship on January 1 when he penned a reflective Instagram post about 2022 while detailing his hopes for 2023.

Alongside a picture of his the two girls flashing toned abs, while standing in the pool, he wrote: “If a picture says a thousand words, then this one says exactly what it needs to.

“I decided to start the year in the sun, looking/feeling healthy, tanned and ready to attack the year ahead. I’ve always wanted to visit Marrakesh, ever since I read ‘The Alchemist’ (Paulo Coelho). I wanted my very own Morroco adventure to one day write about, well that box now is well and truly ticked."

"I’ve starting Jan first with the correct energy, surrounding myself with understanding beautiful human beings, who do not judge, but instead accept me for my authentic self," he added.

"The support I get from so many amazing friends and associates makes my world a much better place to live."