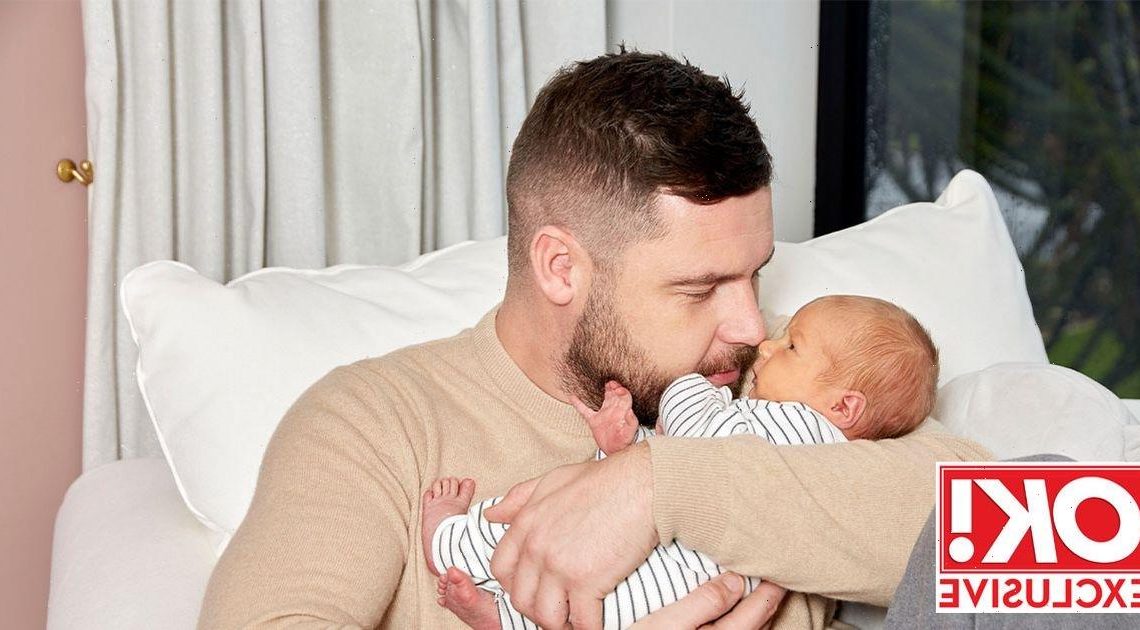 And in his first interview since becoming a dad, Danny, who plays Aaron Dingle on the ITV soap, told us the touching meaning behind the sweet name.

"I’ve loved the name from when I was a kid," he said. "Steph’s granddad was called Albert but when we were in school I just knew him as Steph’s granddad, so when I suggested it, I didn’t know it was her granddad’s name."

While midwife Steph, 30, added: "Danny said to me, 'I’ve got a name that I really love but I’m not sure what you’ll think about it,' and then when he said 'Albert', I said it must be a sign as that was my granddad’s name.

"My mum was really pleased as it was her dad," she continued. "It was really emotional for her."

Baby Albert Miller was born on the 25 October at 9.16am and weighed a healthy 6lbs 11oz.

And the new parents opened up on the moment he arrived, after a lengthy 20-hour labour.

An emotional Danny, who is rumoured to be heading into I'm A Celebrity… this year, revealed he was like "a baby" himself when his son arrived into the world and was "automatically in love with him."

"I was in bits. I was very emotional," the 30 year old explained.

"I think it was just the anticipation of waiting for nine months to meet them and then finally being able to say that the baby is here and he’s safe and sound.

While Steph added that: "You just can’t put it into words, it’s hard."

The couple also spoke about wedding plans and said they're still planning their nuptials for next year.

"I think it feels like more of a family event now Albert is here," the actor said.

"I’ve always wanted to marry Steph, but now Albert will be a part of it."

To read Danny and Steph's full interview – and see all the pictures from their first photoshoot as a family of three! – click here. For all your latest updates on Danny Miller, sign up to OK!'s daily newsletter.