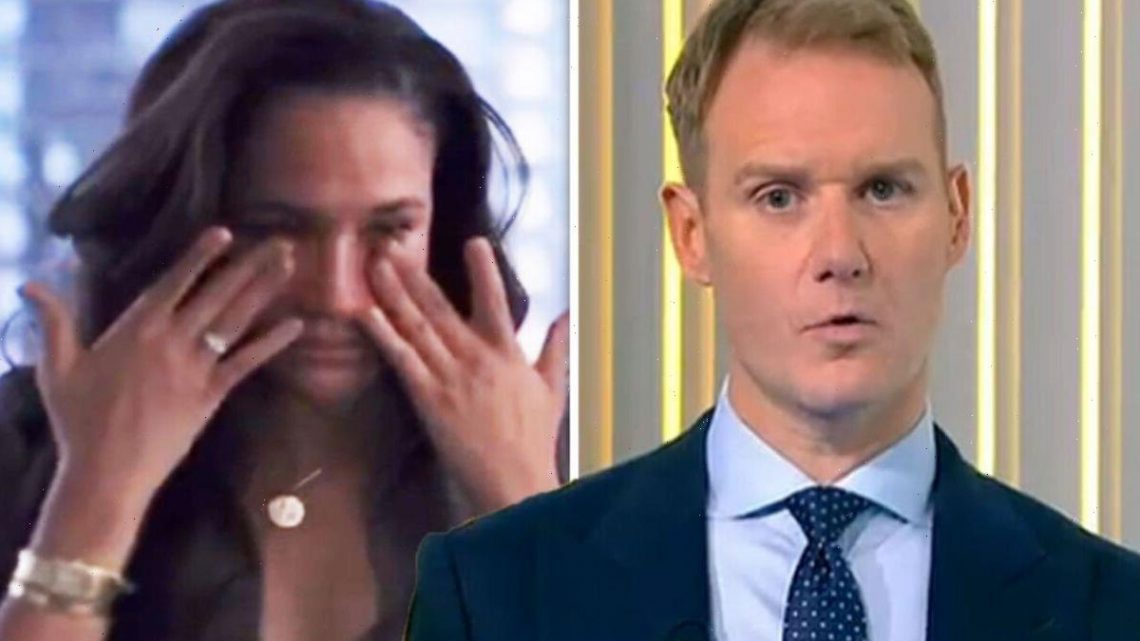 In the latest dramatic trailer for Meghan Markle’s and Prince Harry’s new series, the latter claimed there is “leaking” and “planting” of stories within the Royal Family. The Duke of Sussex branded it a “dirty game” in the second Netflix trailer for Harry & Meghan, which dropped today.

Former BBC Breakfast host Dan Walker took to Twitter and reacted to the teaser, in view of his 780,000 followers.

In the clip, Harry also discusses the “pain and suffering” of women marrying into the Royal Family.

He says: “It’s really hard to look back on it now and go ‘what on earth happened?'”

Videos play of the couple receiving rapturous applause while carrying out royal duties as well as announcing their engagement and their wedding in 2018.

The teaser then cuts to Meghan saying “and then” before snapping her fingers with Harry adding: “Everything changed.”

“There’s a hierarchy of the family, you know, there’s leaking, but there’s also planting of stories. It’s a dirty game,” Harry continued.

He adds: “The pain and suffering of women marrying into this institution, this feeding frenzy. I was terrified, I didn’t want history to repeat itself.

Dan penned a cryptic tweet which he accompanied with a clip of the second trailer.

He tweeted: “Both barrels.”

Callum wrote: “I am pleased he now has the confidence to share his voice.  People can choose to listen or not listen, agree or disagree, but at least he can own what he shares and how he shares it. Having your own voice is incredibly important to almost all people in their own lives.”

JWC commented: “Good luck to him.”

Alison shared: “I feel for them, no smoke without fire imo!”

While Jeanette argued: “Not interested in Harry & Meghan so won’t be watching the programme. But very much support our hard-working Royal Family here in the UK.”

Lorraine tweeted: “It’s very sad that a family is broken now, but they have already had their say… over and over.”

Speaking on the programme, he said: “The second trailer for Harry and Meghan’s documentary series arrived today. In that video, Prince Harry accuses his own family of planting and leaking stories to the press.”

Netflix confirmed the first three episodes would come out on Thursday while the second three will air on December 15.

Harry and Meghan signed their lucrative deal with Netflix after quitting royal duties in 2020 for a new life in the US.