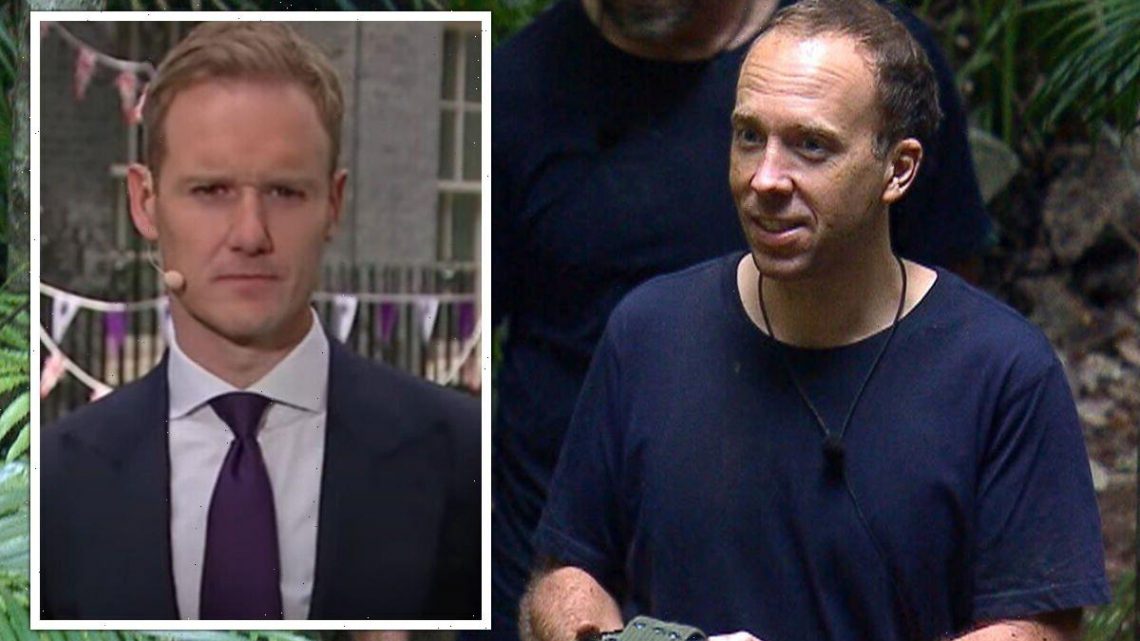 Dan Walker praises Jill Scott for being 'natural and normal'

Dan Walker, 45, described Matt Hancock’s appearance on the famed ITV reality show set as a “fascinating social experiment”. Speaking exclusively to Express.co.uk at the TV Choice Awards, the TV personality revealed he is also incredibly worried about Matt’s mental health when he returns to the real world.

Matt’s appearance on I’m A Celebrity… Get Me Out Of Here! was met with public outrage, culminating in the star doing almost every Bushtucker Trial the public could vote him in for during the first few days in camp.

His stint also overshadowed the surprising entry of Seann Walsh, who is known by many for his scandalous kiss with Katya Jones while on Strictly Come Dancing a few years ago.

Dan noted, however, that Matt has seen and heard almost none of the backlash that has been aimed at him online.

Being in the jungle for over two weeks now, none of the remaining celebrities have been privy to the public’s reaction to them.

Similarly, they also haven’t seen the jungle confessionals shown on I’m A Celeb, revealing their campmates’ true feelings towards them.

The Channel 5 presenter shared his concern for Matt in this respect, warning that it could be a mental disaster for him when he returns to civilisation.

He told Express.co.uk: “People don’t come across the way they want to come across all the time.

“I think the thing about that show is it’s different to all the others.

“You come out and then you see how all the people were portrayed and what people think about you, which can be quite a hard process to go through.”

Struggling to find the words, Dan slowly and delicately said: “I hope that he’ll get what he wants out of it.

“I hope he’s not mentally damaged, because that’s the concern.

“And I hope that Jill Scott wins, or Mike Tindall.”

The news presenter described Matt’s appearance in the Australian jungle as “interesting”.

He said: “I know that it’s upsetting quite a few people, but his idea was to go on there and show a different side to himself and maybe he is doing that.

“I also think it’s just a fascinating social experiment to see how people react to him, and it’s just hard to be in that situation.”

Matt hasn’t been entirely oblivious to the controversy he caused when entering the show.

Matt’s parliamentarian colleagues made their opinions evident when he was stripped of his Tory whip after announcing he would be on the show.

He also got a lukewarm welcome in the camp, at best, with most of the celebrities sharing how he had negatively impacted their lives during Covid.

A plane also flew over the camp whilst Matt was inside with a banner reading: “Covid bereaved say get out of here!” which was reportedly arranged by campaign groups 38 Degrees and Covid-19 Bereaved Families for Justice.

I’m A Celebrity continues on ITV at 9pm.