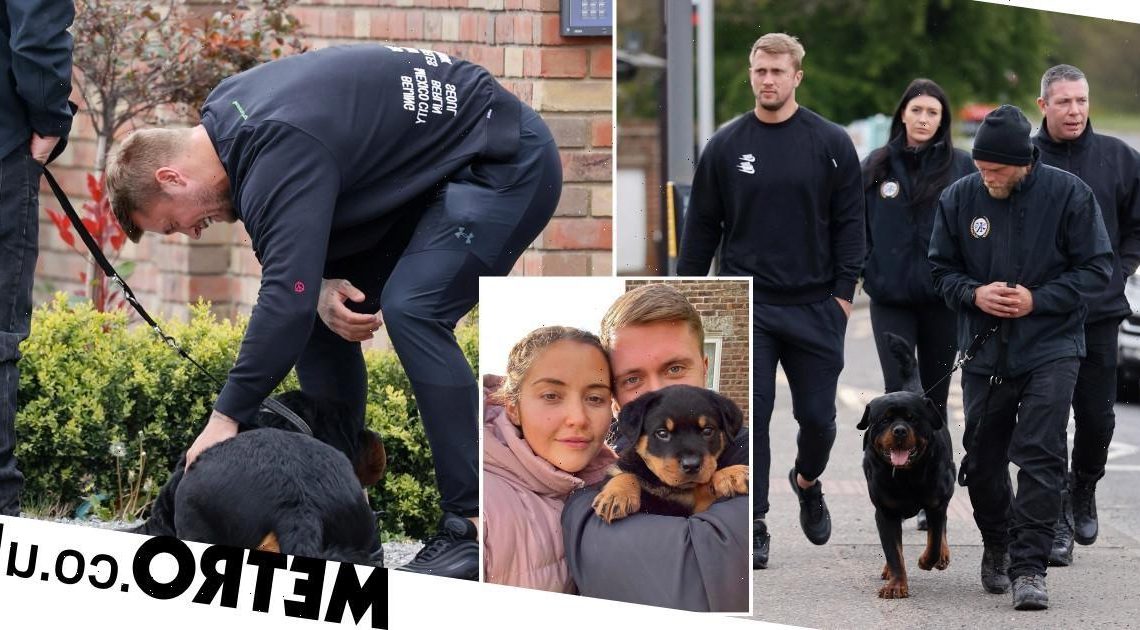 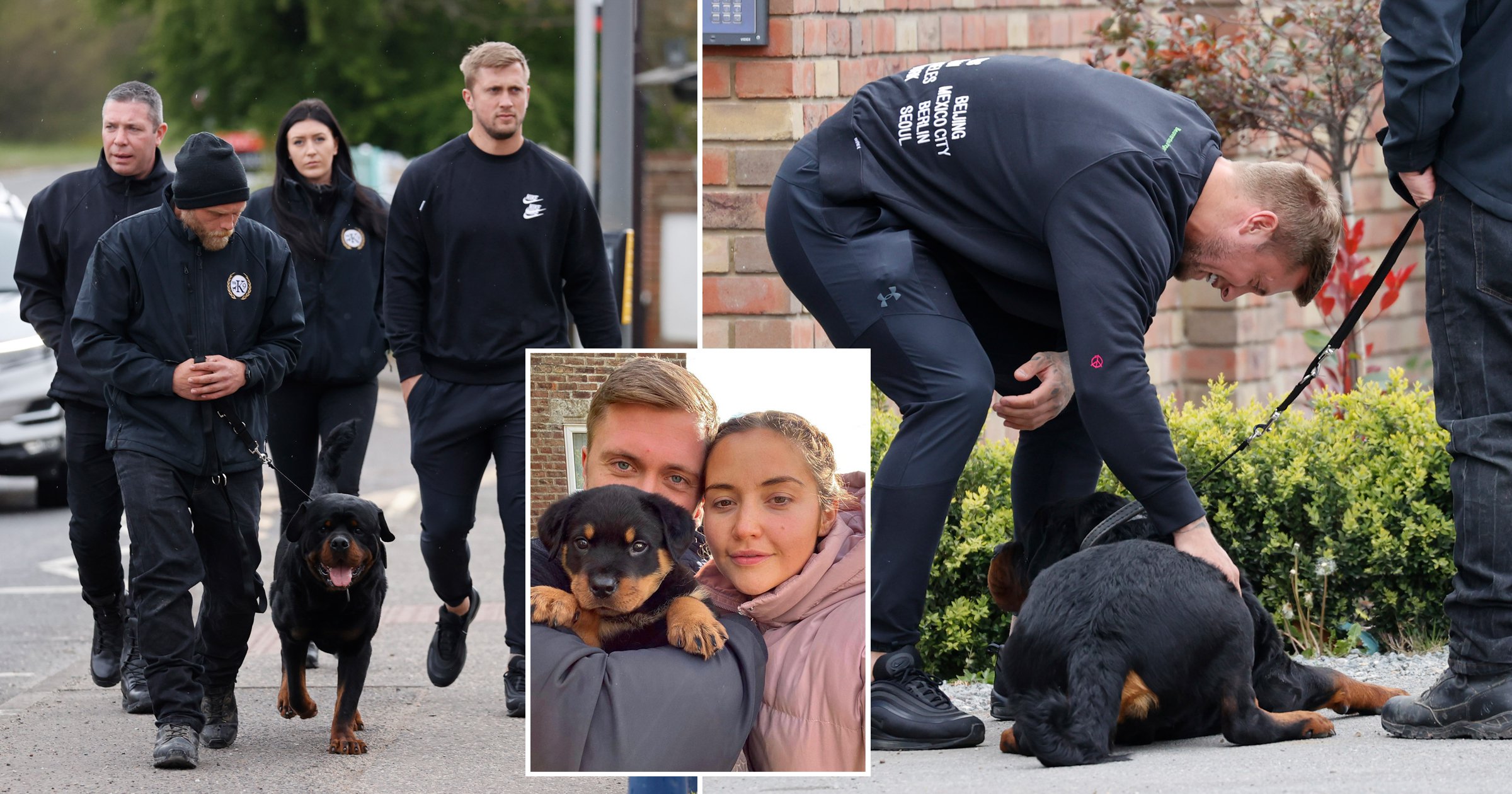 Dan Osborne has been spotted collecting the guard dog he and Jacqueline Jossa visited as a puppy, and it’s safe to say the dog has done a lot of growing since February.

The former Towie star, 29, was seen taking delivery of his new dog, a Rottweiler, which has been trained by Total K9 to look after the family in their new £1.3million house.

Dan and Jacqueline, 28, had come under criticism in February for making an eight-hour round trip to visit the dog amid lockdown – who at the time was still a small puppy – so that he could meet the children to see how they would all get along.

He defended their trip at the time, stating that he was allowed to travel despite the lockdown as he was on the road for work anyway, so took Jacqueline and their daughters, Ella, six, and Mia, two, with him.

The family had planned to make a detour on the way home and meet the dog to check it would get on with the children.

Dan said on his Instagram story at the time: ‘[We were] sitting in my own car with the same people that I live with and spend every day with, so there is absolutely no problem, not causing any harm to anyone else.

‘Now if I did just go and buy a big dog and didn’t meet it and had it in the house with the kids without meeting it I would then get stick and people saying “why are you buying a rottweiler without letting it see your kids first?”. So I can’t win in this situation.

‘We didn’t come in contact with any other human being, went outside, looked at a puppy and then drove home. We were in a car, we are not causing any problem to anyone else.’

Dan was seen smiling and chatting to the staff of Total K9 who had come along with the dog, as the now enormous pup sat at Dan’s feet.

He beamed with joy as he leaned down to stroke the new member of the family, looking overjoyed to have their new pet home at last.

Earlier in the day, Dan had been seen visiting the shops with Jacqueline to pick up some essentials for their new pup’s arrival, including a comfy bed and some large bowls.