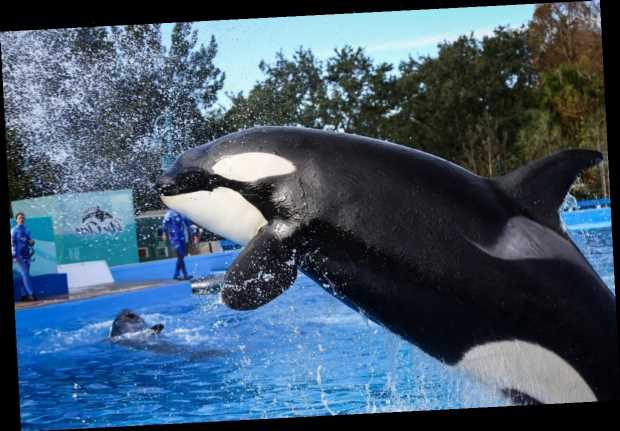 'Counting On': PETA Takes Aim at John and Abbie Duggar for SeaWorld Vacation

John and Abbie Duggar are taking more heat for their recent Florida vacation. First, some of their followers criticized the Counting On couple for spending time at SeaWorld during a pandemic. Now, they’re being called out by a prominent animal rights organization for visiting the theme park.

John and Abbie Duggar took a trip to Florida

John and Abbie’s recent Instagram post about their trip to SeaWorld in Orlando raised the eyebrows of some of their social media followers. Several people expressed disappointment that the couple would travel with their 1-year-old daughter during the COVID-19 (coronavirus) pandemic. Critics called the trip “irresponsible” and “stupid.”

Others weren’t impressed with their choice of a destination. “SeaWorld is where killer whales dolphins etc are made to do tricks and die in early captivity,” one person wrote. Another called the park “cruel.”

Critics on social media weren’t the only ones who weren’t impressed by the Counting On couple’s trip. John and Abbie also earned a rebuke from animal rights organization PETA.

“There’s never a right time to visit a park where orcas and other dolphins swim in circles, float listlessly, and die prematurely in concrete tanks — but visiting SeaWorld during a pandemic is staggeringly selfish, especially when PETA just tipped off the feds to the park’s spreader potential,” PETA senior vice president Lisa Lange said in a statement shared with Showbiz Cheat Sheet.

“It’s a shame when parents teach their children to value their own fleeting amusement over the lives of others, and PETA trusts that kind families know better than to follow the Duggars’ poor example,” Lange added.

Why do some people have a problem with SeaWorld?

Animal welfare activists have criticized SeaWorld — which also has parks in California and Texas — for its treatment of dolphins, orcas, and other animals.

For years, the park was known for its popular orca shows. But those performances came under fire after the release of the 2013 documentary Blackfish and the highly publicized death of a trainer in 2010. The trainer drowned after she was pulled into the water by an orca. The park has since made changes to its programming and ended its killer whale breeding program, NBC News reported. However, it still keeps orcas in captivity. PETA has also criticized the park for its dolphin shows.

SeaWorld has pushed back against allegations that it mistreats animals. It describes itself as “one of the world’s foremost zoological organizations and a global leader in animal welfare, training, husbandry, and veterinary care.”

“The opportunity to see orcas up-close has inspired millions of people, especially children, to care more about marine animals, the oceans and the environment,” the park says on its website.

‘The Poltergeist’ Review: Portrait of the Artist as a Young Madman