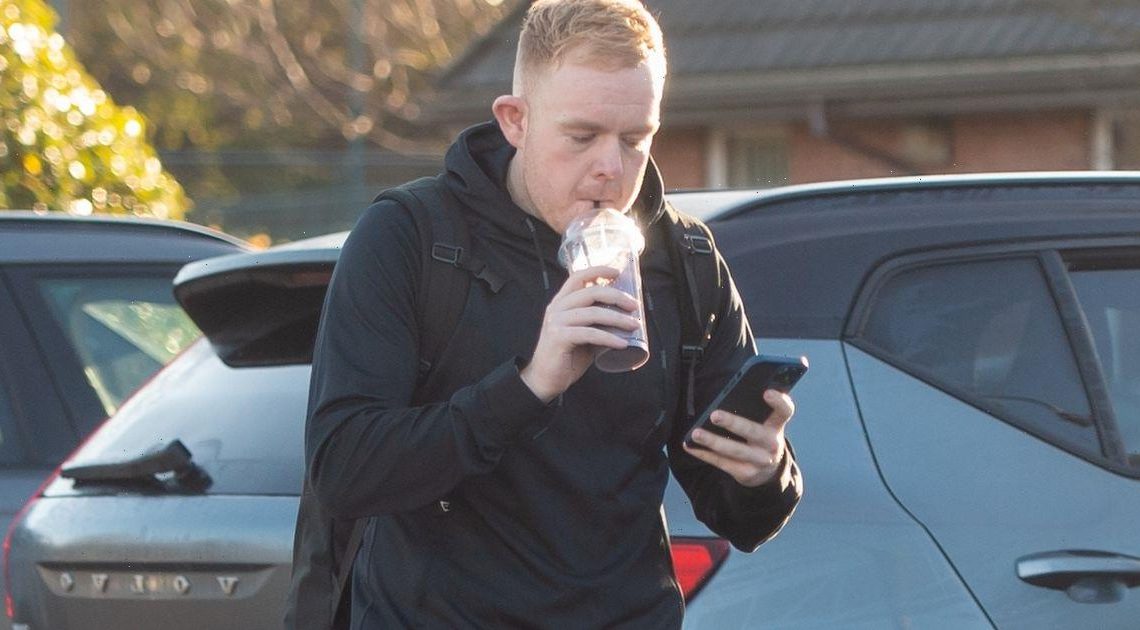 Coronation Street's Colson Smith continued to show off his weight loss transformation as he was spotted exiting a work out session.

The soap actor was photographed enjoying a protein shake while focusing on his phone following a bout of exercising at a gym in Manchester.

The 23-year-old was seen wearing a black hoodie and tracksuit bottoms, with a matching pair of trainers and a backpack.

Colson has been on quite the weight loss journey after shedding 10 stone last year during lockdown as a result of taking up running and changing his diet, after it had gotten considerably worse living on his own.

“I left my parents at 17 to live in Manchester, which was away from home and when everyone else was at uni, and they were having uni food, I'm sat on Deliveroo every night,” he told The Sun earlier this year.

"I got myself into a really unhealthy position. Food was a self-harm to me like that, it was my comfort, and I didn't realise how much damage I was doing to myself with it.

"I had a very bad relationship with food. It was negative, it was bingey. It was probably a disorder, you know, it was self-harm."

After being recognised for starring in one of the nation’s most-watched soaps, Colson’s former weight made him feel self-conscious eventually, especially as people cruelly commented about his figure online.

"You log in, you search your name, you search ‘Craig Corrie’ and you’re looking to see what people are saying about your character or your acting, and all they’re saying is about your weight and the way you look.

Playing a policeman on Coronation Street, Colson figured losing weight would not only improve his health but enable him to be more active and chase down any criminals in upcoming plotlines for his character.

The actor later admitted to Runner’s World magazine: “That fat kid is the kid that I’ve looked at every day in the mirror and I still see him now.

“It’s a battle I’m probably going to carry with me for the rest of my life.”

For all your updates on Coronation Street, sign up to our daily OK! newsletter.

'I Decided To Freeze My Eggs Because I'm 41': Keshia Knight Pulliam On Fertility And Her Documentary 'Eggs Over Easy'