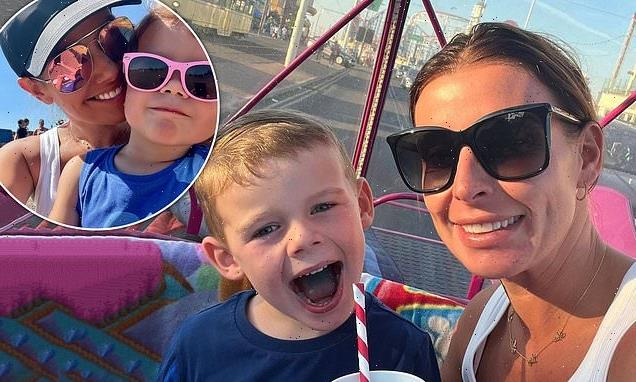 At the end of July, it was ruled that Becky and her agent Caroline Watt had leaked stories about Coleen, wife of ex-England skipper Wayne.

And on Friday, Coleen Rooney, 36, and Rebekah Vardy, 40, relaxed with their young children at the seaside, as they unwound following their years-long Wagatha Christie legal battle.

The Scouse beauty took to Instagram where she uploaded a slew of cute snaps documenting her time in Lytham St Annes and Blackpool with her youngest boys, while Rebekah posted a photo of herself with her baby daughter Olivia Grace. 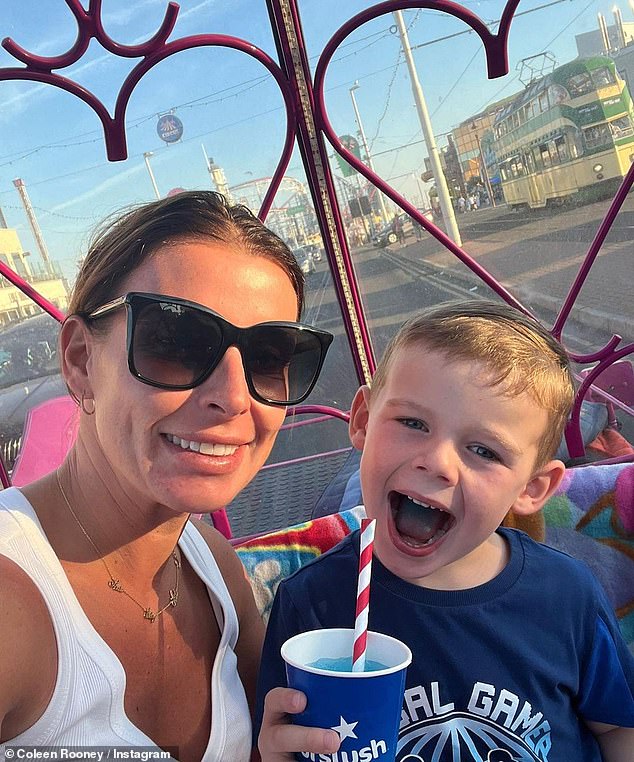 Coleen was glowing in her smiley selfie dressed in a plunging white number and shielding her eyes with glamorous oversized sunglasses as she posed alongside Cass, who was loving his slushy.

The mother-of-four also got in on the action at Blackpool Pleasure Beach, as she joined the children on the log flume water ride, and captioned her photos: ‘Always the best days’.

The disgraced WAG topped up her tan in a white tank top while protecting her head with a black cap, and captioned the cute, sandy shot: ‘Fun morning.’ 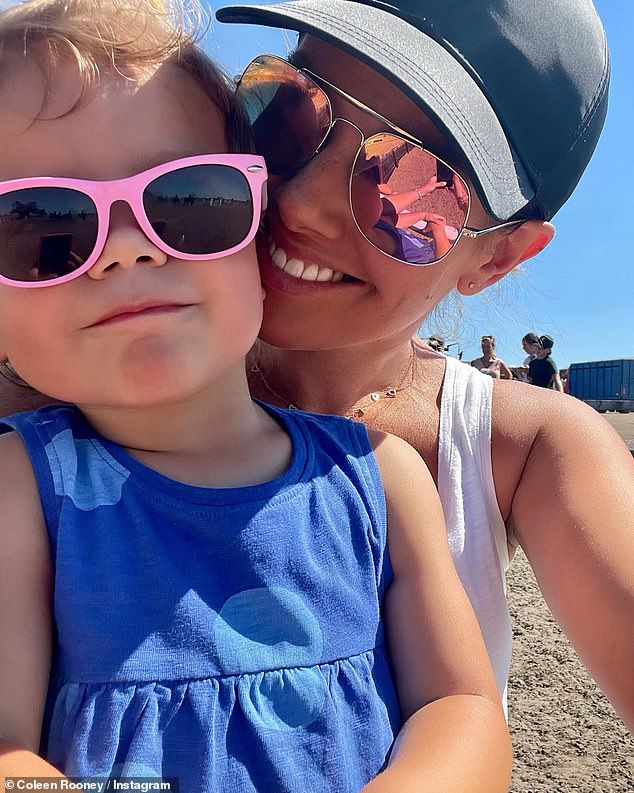 Mum and daughter day: At the same time: Rebekah Vardy, 40, posted a photo of herself cuddled up to her baby daughter Olivia Grace, 20 months 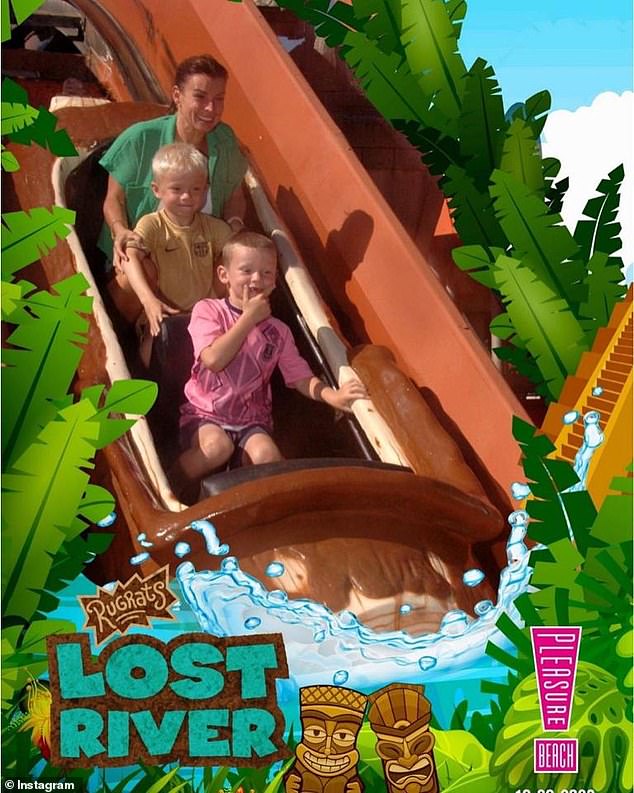 Fun times! The mother-of-four also got in on the action at Blackpool Pleasure Beach, as she joined the children on the log flume water ride

The seaside breaks come after Coleen and Rebekah are set for one last dramatic High Court showdown over who will foot the multi-million-pound bill for their costly ‘Wagatha Christie’ libel battle.

Sources close to Coleen – who won the case last week – told The Mail on Sunday she will fight to make sure Rebekah – who is married to soccer star Jamie Vardy – pays the full amount, estimated to be up to £3million. 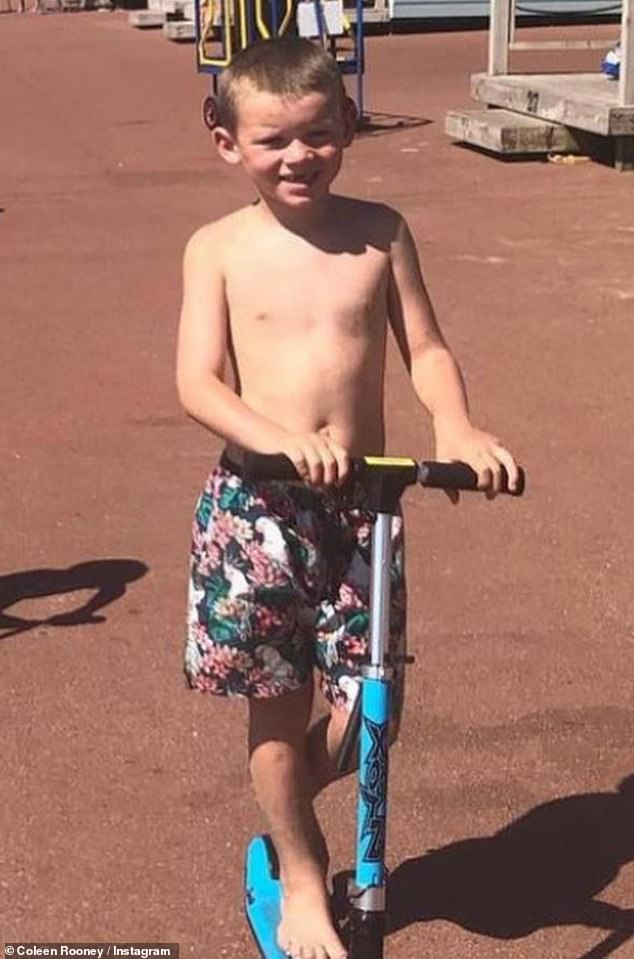 Fun! Coleen’s six-year-old son kit enjoyed playing around on a scooter in the sunshine

Usually a winning party will still have to pay about 30 per cent of the costs.

But Coleen’s team claim the judge’s damning judgment that Becky did sell stories about her to The Sun newspaper means it is ‘inconceivable’ that she won’t be made to pay the full amount.

Rebekah recently told how she believes she is suffering from PTSD after the Wagatha Christie trial.

The mother-of-five previously sued Coleen Rooney for libel after she accused her of leaking ‘false stories’ to the media in an explosive social media post, but after a judge ruled against Rebekah last month, she admitted the toll it has taken on her mental health.

Explaining that she was hospitalised twice over the ordeal, Rebekah told The Sun: ‘I was having serious panic attacks. I had kidney stones which were brought on by stress, and I just felt like my life was falling apart. Physically, emotionally and mentally it was exhausting.

‘It was draining. I had to go to hospital a couple of times because they were really worried about my mental wellbeing.

‘And since the court case, I think I’m probably suffering with PTSD — I feel physically sick when I talk about the trial and what happened, and I have nightmares.

‘I haven’t gone to get a diagnosis yet but I do know I probably need some more therapy. It’s been a horrible time.’ 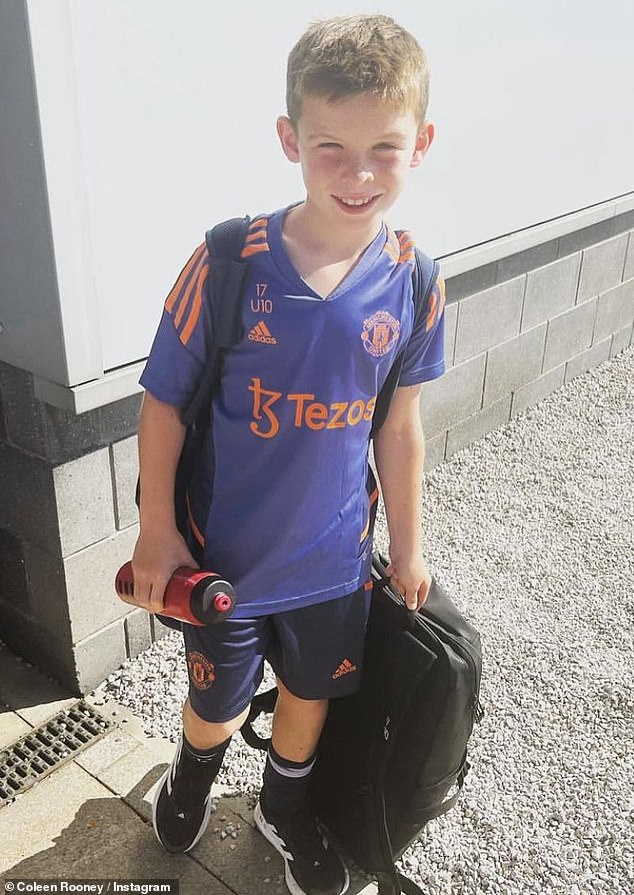 Talented: The WAG also shared that her second eldest child Klay, eight, was heading off to a football training camp ahead of her seaside adventure with her youngest two boys

Ben Affleck Was Reportedly ‘Freaked Out’ On His Paris Honeymoon With J.Lo
Entertainment