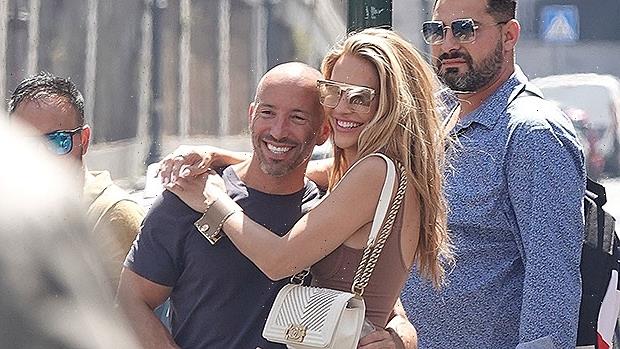 Chrishell Stause and Jason Oppenheim cozied up to each other with huge smiles on their faces as they enjoyed time outside in Rome, Italy, just two days after they confirmed their romance via Instagram.

Chrishell Stause, 40, and Jason Oppenheim, 44, looked so in love during their latest public outing! The new couple showed off PDA, including a sweet hug, while staying close during a cozy visit to Rome’s Colosseum and the Roman Forum in Italy on July 30. The beauty wrapped her arms around her Selling Sunset co-star’s neck at one point as he held onto her waist and they both flashed big smiles while standing outside at the location. 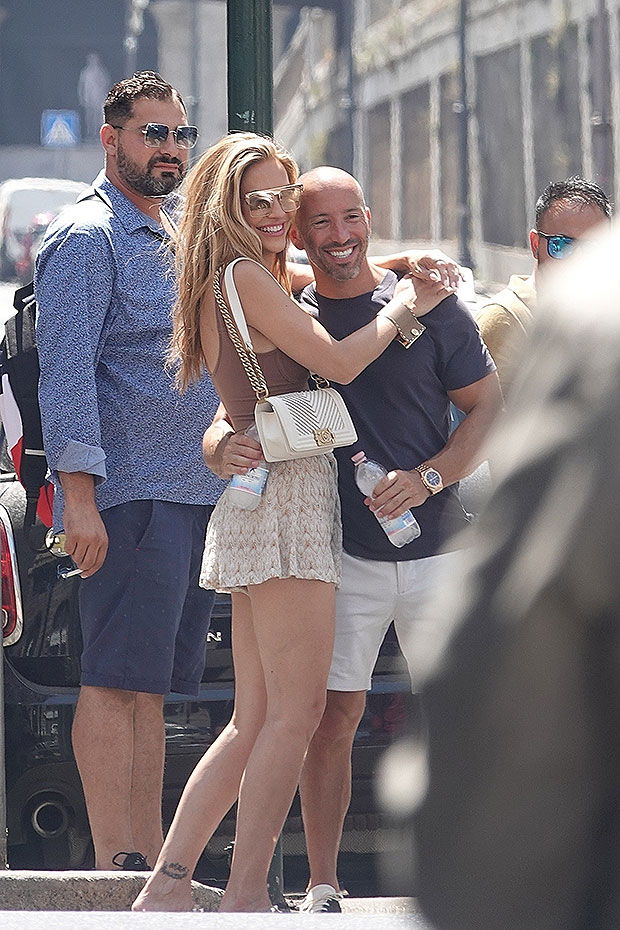 They also held hands while walking around together and showed off stylish summer outfits. Chrishell donned a brown sleeveless crop top and white and brown patterned skirt while Jason a black T-shirt and white shorts. She added to her look with bedazzled sandals and sunglasses while she had a purse across her body, and he wore black and white sneakers. 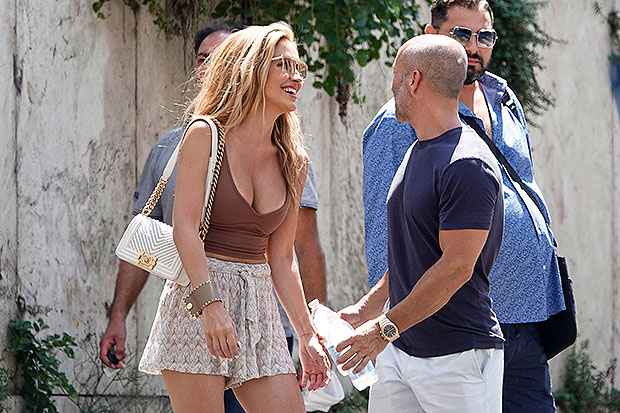 The PDA-filled outing comes just two days after Chrishell and Jason confirmed their new relationship on Instagram. The former shared a series of pics from her Italian vacation with her beau as well as his twin brother Brett, his girlfriend Tina Louise, and fellow Selling Sunset stars Mary Fitzgerald and husband Romain Bonnett on July 28. A lot of the pics showed the group happily posing together and in one, Jason could clearly be seen kissing Chrishell’s neck.

“The JLo effect,” Chrishell captioned the post, which most likely refers to either Jennifer Lopez‘s current Capri vacation with rekindled flame, Ben Affleck, or how she also confirmed their romance through a kissing Instagram pic. Chrishell and Jason received a lot of support once the post went public. Brett even sweetly thanked her for “making” his “brother happy” in one of the comments.

Chrishell and Jason met while filming Selling Sunset and seem inseparable now that they’re proudly flaunting their adoration for each other to the world. In an EXCLUSIVE interview with HollywoodLife back in June, Chrishell admitted she was ready to find someone to date. “I feel like this is the perfect time. I’m ready to get back out there,” she said.

‘Life is to be enjoyed’: James Haskell on food, cooking, & following a balanced lifestyle
Entertainment