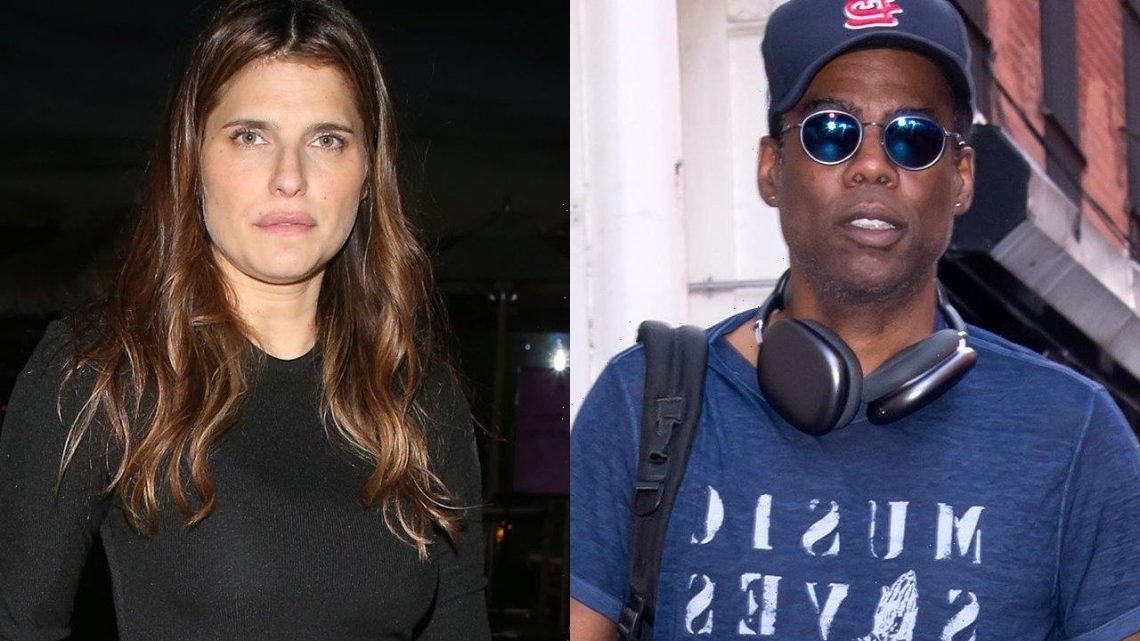 The stand-up comedian is photographed leaving a dinner date at celebrity hot spot Giorgio Baldi in Santa Monica with the ‘Bless This Mess’ actress amid rumors they’re an item.

AceShowbiz –Chris Rock has continued to add fuel to rumors that he’s dating Lake Bell. The rumored couple was spotted enjoying a dinner date at a high-end restaurant in Santa Monica, California.

In photos obtained by Page Six, the stand-up comedian and the “Bless This Mess” actress were caught leaving a dinner date at celebrity hot spot Giorgio Baldi on Saturday night, July 2. Sources told the news outlet that they arrived at around 8:45 P.M. and dined for almost two hours.

According to an eyewitness, Rock and Bell were holding hands as they walked out of the upscale Italian restaurant, but immediately let go of each other when they saw the photographers.

For the date night, Rock donned a white sweater with matching white pants. The 57-year-old star completed his look with brown leather shoes and aviator sunglasses tucked into his shirt.

As for Bell, she looked chic in a black wrap top with a plunging neckline. The Annie Dwyer depicter in “No Escape” matched her top with black jeans. She also added black slingback heels.

The outing came less than a month after Rock and Bell were spotted together at Busch Stadium in St. Louis for a Cardinals game. The rumored couple was hanging out in a box together at the game, which was captured in a video by TMZ, but they kept their visit low-key, not drawing attention to themselves. There were a lot of smiles flashed, though, indicating they were having a fun time.

Rock recently made headlines after he was slapped by Will Smith at the 2022 Academy Awards earlier this year. In May, he mentioned that he’s doing “okay” after the slap, during a comedy show at Royal Albert Hall in the U.K. “I got most of my hearing back,” he joked.

When joining Dave Chappelle to address the attack during a special show at The Comedy Store in Los Angeles that same month, Rock joked, “I got smacked by the softest n***a that ever rapped.”