Virgin Radio host Chris Evans, 53, was absent from his weekday show today, with his colleague Kate Lawler, 39, stepping in for the breakfast DJ. She soon spilled on the real reason he was not on the airwaves as she explained he was was hosting Sky’s Up Next event at the Tate Modern in London.

Stars including Steve Coogan, David Schwimmer, Maisie Williams and his ex-wife Billie Piper were in attendance to speak about their new shows on stage.

Explaining Chris’ absence, Kate said: “I’m looking after The Chris Evans Breakfast Show just for today. He has been talking about this all week.

“Last night, he finally hosted Sky’s Up Next event at the Tate Modern which revealed around 80 new Sky shows coming our way in 2020.”

She continued: “Chris also interviewed 33 guests including Brian Cox and Jessie Armstrong from Succession. David Schwimmer and Nick Mohammed from Intelligence. Of course they were on the show recently. 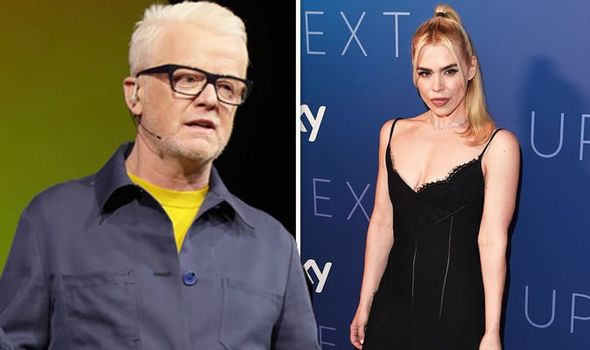 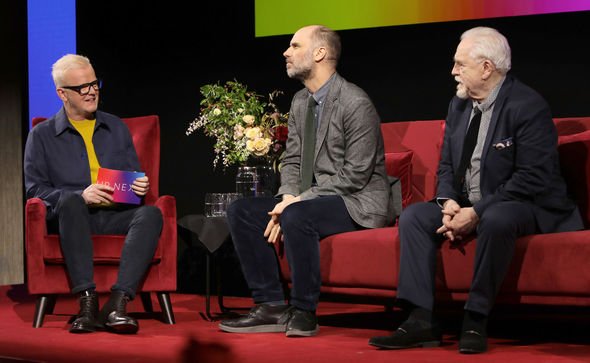 “Steve Cook and Bob Brydon from The Trip were also there. Billie Piper and Lucy Prebble from I Hate Suzie. Dynamo from Dynamo Beyond Belief that’s coming this year. He also did some incredible magic by all accounts.”

Kate then quizzed the radio show’s producer, Aussie Nick, who also attended the Sky Up event but still made his way to work today.

“Aussie Nick was there too. He looks like he got in at 3am,” the radio host chimed.

“Now, obviously Chris wasn’t in today so he could go out last night and let his hair down.” 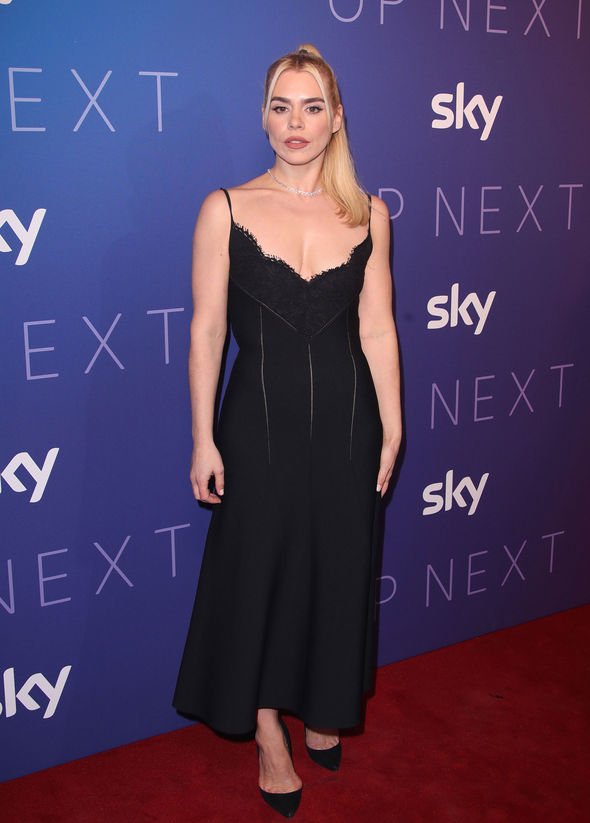 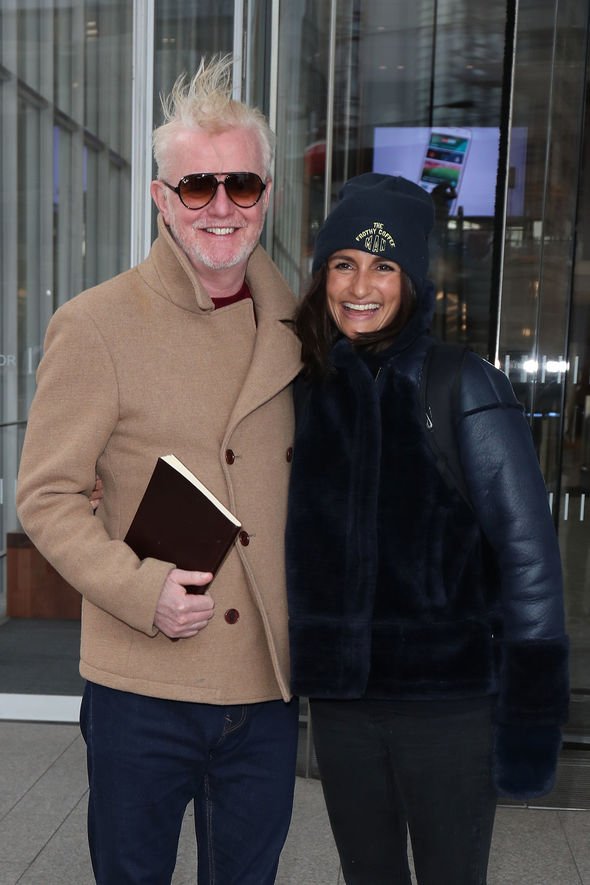 Chris was pictured at the Sky Up event, as he interviewed celebrity guests on the main stage.

Also, hitting the red carpet was his ex-wife Billie, who has gone from a successful teen pop singer to in the likes of Doctor Who and Penny Dreadful.

The 37-year-old oozed glamour as she went braless beneath a plunging black gown to attend Sky Up Next 2020.

The actress slipped her slim physique into the sleek black gown, which featured lace detailing.

Billie elongated her toned legs with a pair of pointed stiletto heels, as she posed for pictures on the red carpet.

Her blonde tresses were swept up into a high ponytail, with strands left down at the front of her face.

The singer turned actress was previously married to Laurence Fox, who she divorced in 2016 after nine years.

Prior to this, Billie tied the knot with Virgin Radio star Chris in a secret ceremony in Las Vegas in May 2001, after six months of dating.

However the two called it quits in 2004 and officially divorced in 2007.

Chris went onto marry part-time model Natasha Shishmanian in the same year and they share two children together, Noah Nicolas and Eli Alfred.

The Chris Evans Breakfast Show airs weekdays on Virgin Radio at 6.30am.

Aldi has designer dupes of Marc Jacobs and Dior perfumes for £4.99
Entertainment