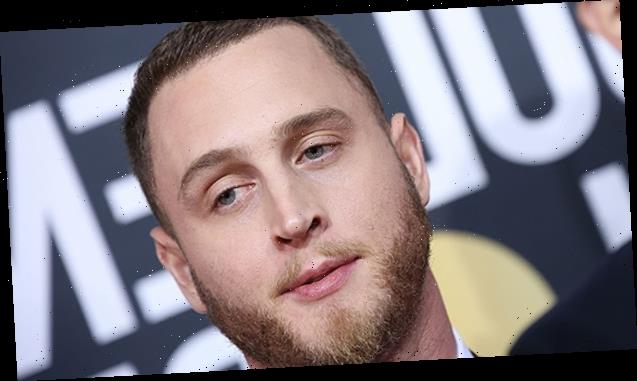 Chet Hanks accused his ex of allegedly attacking him with a pot and knife, in addition to stealing from him. Meanwhile, Kiana Parker obtained a restraining order from Tom Hanks and Rita Wilson’s son.

Chet Hanks, 30, insisted his “life was in jeopardy” after accusing his ex-girlfriend of allegedly assaulting him with a pot and knife, according to court documents that he filed on March 4. This was one claim among many that Tom Hanks and Rita Wilson‘s son made in the new court papers that accused his ex of assault and theft, which were reviewed by HollywoodLife on March 31. Kiana, however, has accused Chet of being violent and has already obtained a temporary restraining order against the actor.

Leading up to the exes’ confrontation, Chet claimed that he learned Kiana “had stolen money from him to pay for her travel expenses and travel expenses for her friend and combined with theft of monies for her rent, among other things” on Jan. 7, 2021, according to page two of his complaint. He alleged that this stolen money totaled up to “no less” than $5,759.91, and he decided to end the relationship, cancel a lease for a rental home in Houston and “begin moving his things out” so he could return to Los Angeles.

On the very next day (Jan. 8, 2021), Chet claimed that his ex brought “three menacing large men,” one of which allegedly had a gun. However, Chet claimed that it was his ex who approached him while “holding a pot and a knife,” according to page three of the complaint. Chet goes on to accuse his ex of smashing him “over the face with the pot and [cutting] him with the knife,” which led him to bleed “profusely.” Chet then claimed that his ex “started to videotape” him and make “extortionist threats” after “realizing that she was in trouble,” according to the court documents.

In addition to the alleged assault and money allegedly stolen for rent, Chet is accusing his ex of robbing him of $13,700-worth of belongings (a couch, king size bed, flat screen TV and miscellaneous merchandise). Chet’s lawyer, Marty Singer, summed up the alleged order of events in a statement to HollywoodLife: “The day after Chet Hanks confronted Kiana Parker about stealing money from his credit card, while Ms. Parker was accompanied by a huge male carrying a gun she viciously attacked Chet with a knife, which caused him to profusely bleed. It is all on video and the undisputed video tells the whole story. Her claims are completely false,  fabricated and fictional.” HollywoodLife has reached out to Kiana’s lawyer for a statement, but we have not received a response at the moment.

Chet’s lawyer was referring to a video in which Tom’s son could be seen with blood trickling down his head — SEEN HERE — that appeared to be taken during the alleged altercation in Chet’s Sugarland home in Texas, and published by TMZ on March 31. While the video doesn’t show who or what caused the injury, you could hear Chet say to his ex at the beginning of the clip, “You’re threatening me with a knife?” His ex then seemingly swiped at him with her empty hand (not the one holding the pot). The camera became a blur of motion, and it’s unclear what exactly happened. The video then started with a new clip, showing Chet with a bloody head.

“Just attacked me with a knife,” Chet said as he pointed to his injury, and you can hear his ex say in the background, “No I didn’t.” Kiana then asked someone off-screen, “Did I attack him with a knife?,” and the off-screen person said, “Not at all.” Kiana then accused Chet of pushing her, and he started to laugh. “Wowww. Now you’re trying to flip the story.” He continued to insist that his ex attacked him with a knife.

“She’s mad because I caught her stealing. Stealing my money. Taking my credit cards, charging her rent to them, s–t like that,” Chet said in another clip in the video, reiterating the claims he made in his lawsuit. However, Kiana believes that it was Chet who was violent to her. She filed for a temporary restraining order in Jan. 2021, which she received, since the court found that “family violence has occurred, was committed by Chester Marlon Hanks, and there is a clear and present danger that family violence committed by Chester Marlon Hanks is likely to occur again in the future, unless restrained by the Court as shown below,” according to a document from the Fort Bend County District Clerk’s office obtained by HollywoodLife.

Chet’s lawsuit arrives amid backlash he is facing for saying in a video, “I just got this feeling man that this summer is about to be a white boy summer.” Many fans — specifically Tom Hank’s — cringed that his son had turned the expression coined for Megan Thee Stallion and Nicki Minaj‘s “Hot Girl Summer” track into something of his own.