Charlize Theron was photographed looking incredible while going out for sushi in West Hollywood to celebrate her daughter Jackson’s 9th birthday.

Charlize Theron, 45, turned heads while looking gorgeous during her latest outing with her two daughters. The actress stepped out to celebrate her oldest child Jackson‘s ninth birthday by getting sushi in West Hollywood, CA on June 15 and wore a stylish olive green jumpsuit along with a black face mask. She also carried a black purse across her body and had her chin-length blonde locks down. 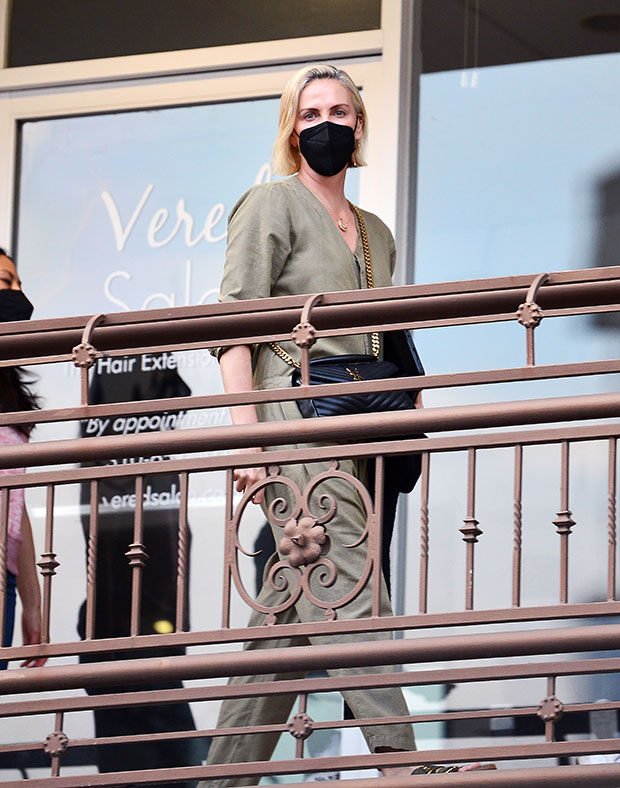 Jackson and her youngest daughter August also looked stylish while showing off a patterned dress and a black graphic top and purple leopard print leggings. They also added face masks to keep themselves and others safe. Jackson opted for a black one like her mom and August went with a purple choice. 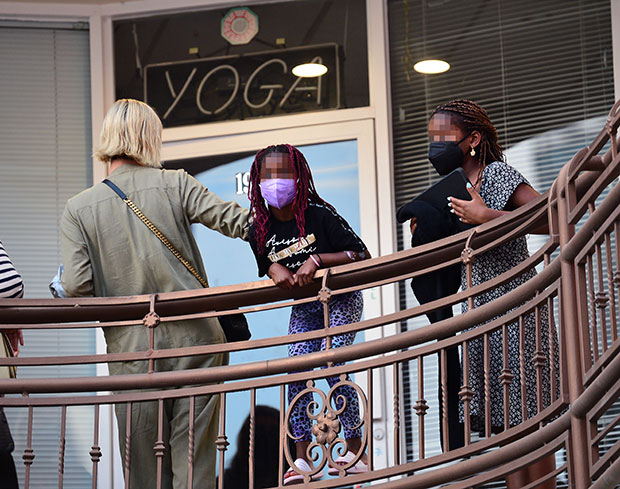 The cute family outing is a rare one considering Charlize tends to keep her life with her daughters mostly private. She adopted Jackson in 2012 and August in 2015 and has seemed to adapt to motherhood very well despite being single. “I never wanted to get married. That’s never been something that’s important to me,” Charlize, she reportedly said in a June 2020 episode of The Howard Stern Show.

Although she keeps most moments with her girls to herself, she does share adorable pics of them in social media posts once in a while. In Sept., she celebrated National Daughters Day with sweet pics of them, including one that showed her lovingly cuddling the cuties while smiling for the camera.  “My heart belongs to these two beautiful powerhouses. I will never be the same,” she wrote alongside the photo.

When Charlize is not spending time with her daughters, she’s working hard in her busy acting career. Her newest film, F9, which is the Fast & Furious sequel, is set to come out in the U.S. on June 25. After already being released internationally last month, it’s made over $270 million and is sure to become even bigger once Americans can see it. Charlize plays Cipher, a villain, in the popular movie.

‘I May Destroy You’ Alum Sam Miller to Direct Apple’s ‘Surface;’ Ari Graynor and 5 Others Join Cast