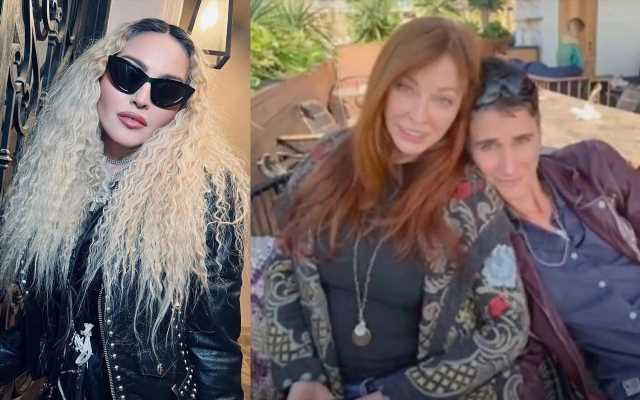 The ‘Elvira: Mistress of the Dark’ actress claims the ‘Material Girl’ hitmaker once hit on her girlfriend and so she’s not really shocked by the singer’s gay hint.

AceShowbiz –Cassandra Peterson is not really surprised that Madonna has seemingly come out as gay. The 71-year-old actress was “not shocked” when the “Material Girl” hitmaker hinted at being gay during a TikTok challenge because the singer has always appeared to be “sexually fluid” and once flirted with her girlfriend.

“I wasn’t shocked. She has always painted herself as sexually fluid. Madonna actually hit on my girlfriend in the past!” said Cassandra – who is also known as Elvira and is in a relationship with Teresa “T” Wierson.

The “Elvira: Mistress of the Dark” star only revealed the identity of her girlfriend in 2021 after keeping her name a secret for almost two decades and added that life has been “fantastic” since she came out to the world in her memoirs.

She told TMZ, “It might’ve taken Madonna a while to come but people should come out whenever is comfortable for them. It’s a huge relief whenever it does happen. Life has been fantastic since [I came out] and I want others to live in their truth when the time is right.”

Her comments come just days after Madonna was seen throwing some underwear at a bin along with the caption, “If I miss, I’m Gay!” The “Vogue” songstress failed to hit the target, and the camera then cut back to her as she shrugged and walked away.

In the past, Madonna famously kissed both Britney Spears and Christina Aguilera at the 2003 MTV VMAs, and she recreated the smooch again with the “Toxic” singer at her wedding to Sam Asghari earlier this year.

Last month, rapper Tokischa spoke about kissing Madonna when they were working together on remix single “Hung Up on Tokischa”. She said, “As soon as we met, like, because it’s Madonna, you know, it’s somebody that’s been expressing herself her entire life, not caring.”

“That’s actually what I do, too. It was instant – we connected right away. We were doing this together and rehearsing for the show and talking all the time, so we got really close… We were in the mic recording and all of a sudden we was kissing already, and it’s like, it’s so natural for both of us. We just kiss, just like talking… It’s not something that is, like, ‘Oh, we are so sexual’…’ It’s more like a vibe.”