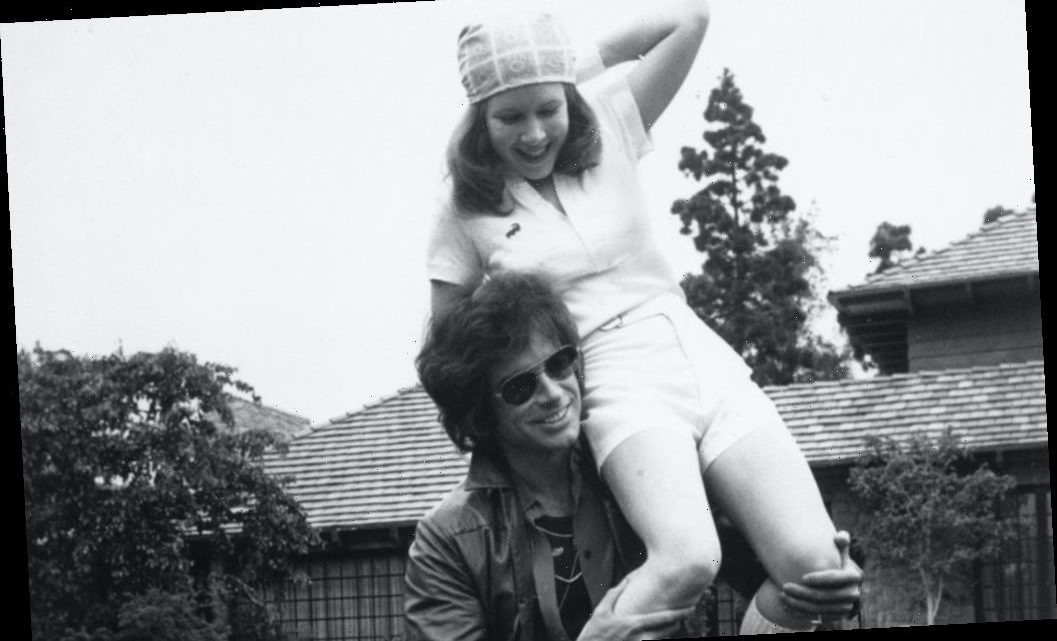 Carrie Fisher was just 17 when she acted in her first film, 1975’s Shampoo. That wasn’t her first taste of fame, of course. She was born into it. Her parents were the late Debbie Reynolds and Eddie Fisher, and in Fisher’s early acting years, Reynolds would use her clout to give her daughter unsolicited help on film sets, much to Fisher’s chagrin.

Despite the intense warning Reynolds gave Shampoo star, co-writer, and co-producer Warren Beatty to stay away from her teenage daughter, Fisher said in a talk with Madonna that Beatty propositioned her for sex anyway.

Fisher wasn’t shy about sharing her Shampoo experiences. The movie, which starred Goldie Hawn as Fisher’s mother, was the actor’s film debut, and it was the only movie she appeared in before she booked Star Wars at age 19.

While the most talked about reveal in Fisher’s 2016 memoir The Princess Diarist was her secret affair with Harrison Ford, the late star also detailed Beatty’s behavior toward her on set of the 1975 flick.

And just like George Lucas did when filming A New Hope, Beatty told Fisher she couldn’t wear a bra with her costume. Fisher wrote:

“Warren, the star, co-writer, and producer of Shampoo, was asked by the costume department if he wanted me to wear a bra under my tennis clothes or not. Warren squinted in the general direction of my breasts. ‘Is she wearing one now?’ ‘Yes,’ responded Aggie, the costume designer. Warren pursed his lips thoughtfully. ‘Let’s see it without.’ Once again he squinted at my chest impassively. ‘Let’s go without,’ he pronounced, directed, charged, commanded.’”

Todd Fisher, Fisher’s younger brother, told The Times in 2018 that Reynolds was extremely protective of Fisher when she was filming Shampoo. So much so, she threatened Beatty about hitting on her.

“If you touch her, I will take out a hit on you,” Todd recalled his mother saying.

It seems that Beatty—who was 19 years Fisher’s senior—didn’t head that warning.

In a 1991 interview with Madonna for Rolling Stone, Fisher revealed more of Beatty’s inappropriate behavior. Madonna dated Beatty in the early ’90s after they co-starred in Dick Tracy.

“Let me ask you something: Did you f*ck Warren?” Madonna asked Fisher.

“You didn’t?” the singer asked.

“OK, but we both made a movie with him, so we both could have f*cked him,” the “Vogue” singer said. And that’s when Fisher revealed Beatty’s propositions.

“At the time, I was 17 and making Shampoo,” Fisher explained. “He offered to relieve me of the huge burden of my virginity. Four times. That was the big offer. I decided against it. I decided for reality over anecdote.”

Beatty has not publicly commented on these allegations, but he called Fisher “very lovable” in a tribute to her after her death in 2016.

“I loved her, her first movie she did with us and she is a very lovable person and very brilliant person in so many ways,” he said at the Palm Springs Film Festival, according to Extra. “Big loss, big loss.”

When Jeff couldn’t cut his steak, he knew something was wrong
Entertainment