The chart-topping rapper is no stranger to showing off her epic twerk moves.

But Cardi B appeared to get a little too vigorous with her sexy dance routine as she took to the stage at Bonnaroo Arts and Music Festival on Sunday.

The 26-year-old was forced to perform in a slinky bathroom robe after falling victim to a very awkward wardrobe malfunction.

Cardi was her typically vivacious self as she gyrated in front of fans in a skintight multicoloured sequinned Dior bodysuit.

However, she left rather red-faced after twerking so hard that her outfit ripped open at the backside, revealing her bootylicious behind to onlookers.

Ever the professional, the mum-of-one swiftly disappeared from the stage for a few minutes while the audience stayed busy singing Lil Nas X’s Old Town Road.

She then triumphantly returned to the stage covered in a skimpy white bathrobe.

As hilarious as ever, she told fans: “We’re gonna keep it moving, baby. [sic] 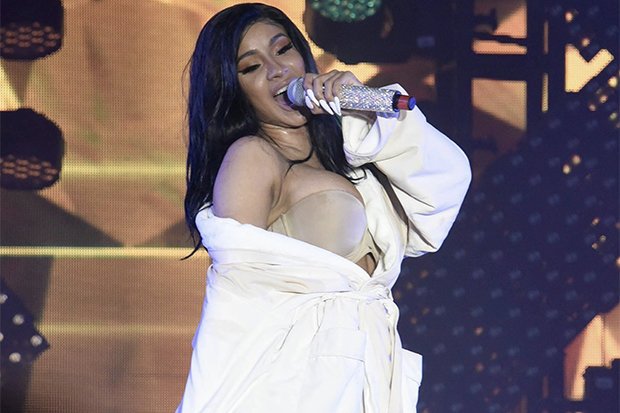 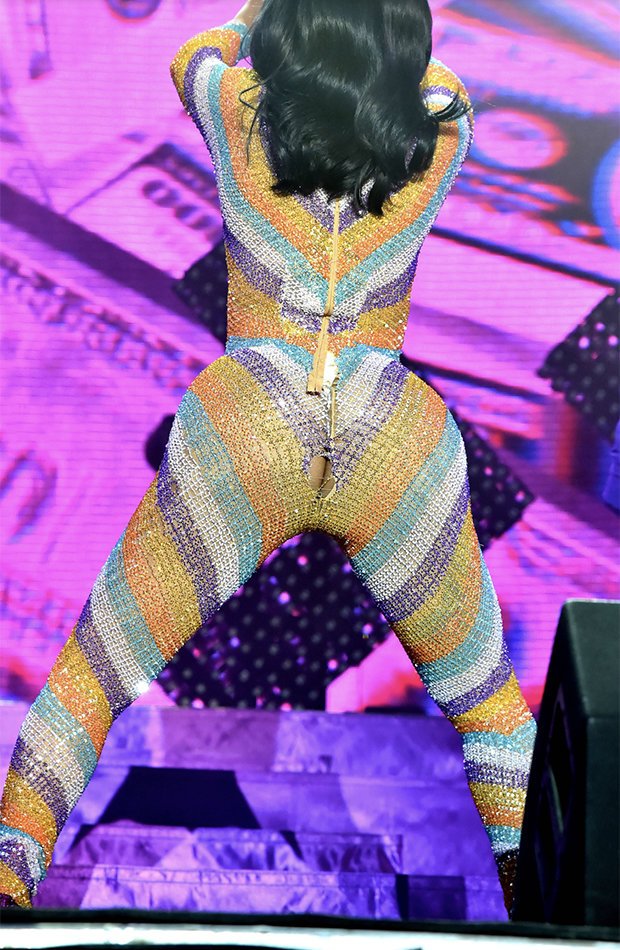 It comes after the Be Careful rapper was forced to cancel some performances following complications from plastic surgery.

The hitmaker – who is married to fellow rapper Offset – was urged by Doctors to take time out to recover after she had liposuction and breast augmentation surgery following the birth of her daughter Kulture last year.

However, she continued to perform despite the warning. 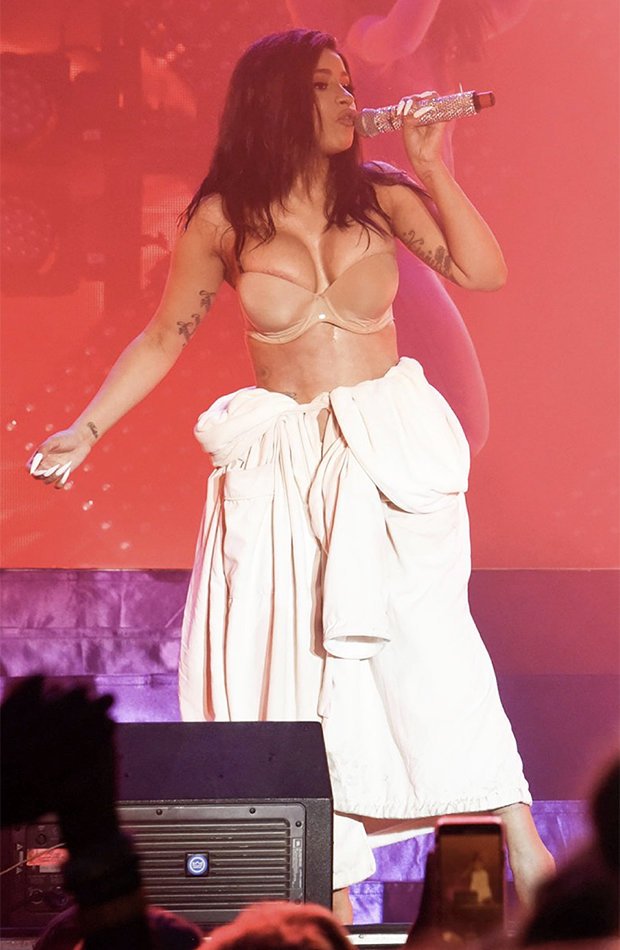 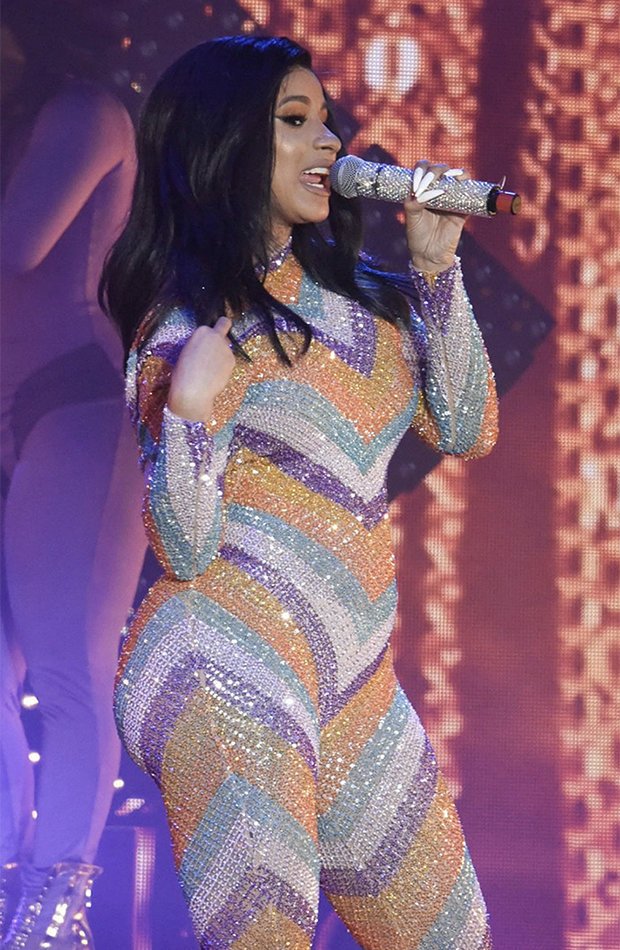 She told a crowd at Memphis’ Beale Street Music Festival in May: “I have some news for y’all [sic].

“I should have cancelled today, I shouldn’t really be performing because moving too much is gonna f*** up my liposuction.

Despite initially ignoring the advice of doctors, Cardi did eventually postpone some shows, including her 92Q Spring Bling Festival in Baltimore, as well as her concert in El Paso, much to her disappointment.

Rose Byrne Is So Done With This Beauty Product