Home » Celebrities » ‘Can you believe it?’ Janette Manrara prepares to bid farewell to Strictly ahead of final 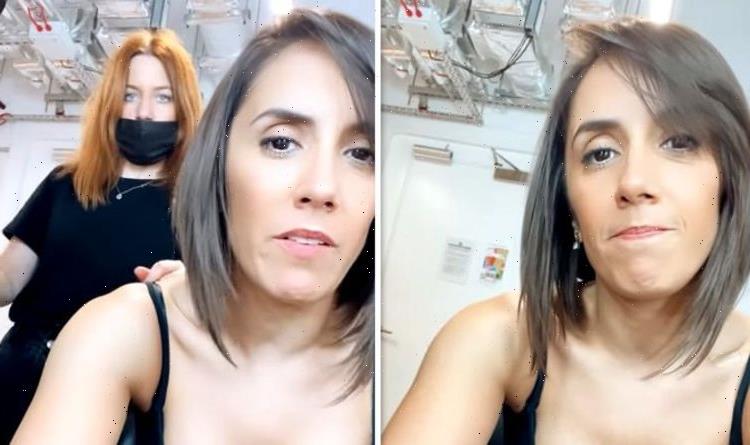 ‘Can you believe it?’ Janette Manrara prepares to bid farewell to Strictly ahead of final

Strictly: Janette Manrara reveals she is hosting the 2022 tour

This is the first year former Strictly professional dancer Janette Manrara, 38, has taken on the role of presenter on Strictly It Takes Two. Now, the star has taken to social media to begin her farewells ahead of the final on Saturday.

In a post to her story, Janette shared her feelings about filming the last week of her show with her 480,000 Instagram followers.

“It’s the last week of It Takes Two,” Janette began.

After a cute exchange with her behind-the-scenes team over their Christmas jumpers, she spoke about her remaining days on the show.

“It’s our last week, team. Can you believe that?” Janette said.

“We hope you’ve enjoyed the looks. Three more looks to go!” she exclaimed.

The star also re-shared a post from one emotional fan to her story, which featured Janette sitting on the It Takes Two couch.

Strictly_girls_superfan wrote: “How is it the final week of It Takes Two already?!

“Really going to miss this show!” they added, tagging Janette with a heart emoji.

Janette also shared a video of herself changing into her glammed up make-up look for tonight’s It Takes Two.

The video began with a fresh-faced Janette wearing a simple black tank top and her hair tied back in a ponytail.

The star then covered the camera with her hand and pulled it back to reveal her finished look, which included a chic black blazer, gold hoop earrings, flawless make-up and her hair styled in a sleek, straight do.

In her caption, the smiling star wrote: “Meant business in today’s look!

“Big weekend ahead at #Strictly! It’s the FINAL baby!” she added with a sparkle emoji.

AJ Odudu and Kai Widdrington, Rose Ayling-Ellis and Giovanni Pernice, and John Whaite and Johannes Radebe are set to battle it out on Strictly this Saturday.

All three couples wowed the judges and public last week alongside fourth place dancers Rhys Stephenson and Nancy Xu, who narrowly missed out on making the final.

Rhys and Nancy performed a Tango to One Vision by Queen and a Samba to It Had Better Be Tonight by Michael Bublé.

Last Saturday, John and Johannes were also at risk of going home following their performances.

The pair danced an emotional Couple’s Choice number to Hometown Glory by Adele, as well as an energetic Jive to Higher Power by Coldplay.

AJ and Kai Widdrington danced a dazzling Quickstep to Sing, Sing, Sing by Benny Goodman and then a sensual Rumba to Show Me Heaven by Maria McKee.

Rose and Giovanni also melted hearts with their stunning Waltz to How Long Will I Love You, and set pulses racing with their intense Argentine Tango.

The final of Strictly Come Dancing airs Saturday December 18 at 7pm on BBC One.

Shoppers Claim This Vitamin C Serum Reduced Wrinkles in One Week, and It's Now Just $20