Home » Celebrities » Buffalo Bills Kicker Matt Araiza Accused Of Brutal Gang Rape Of Underage Girl – But Who Tried To Cover It Up?! 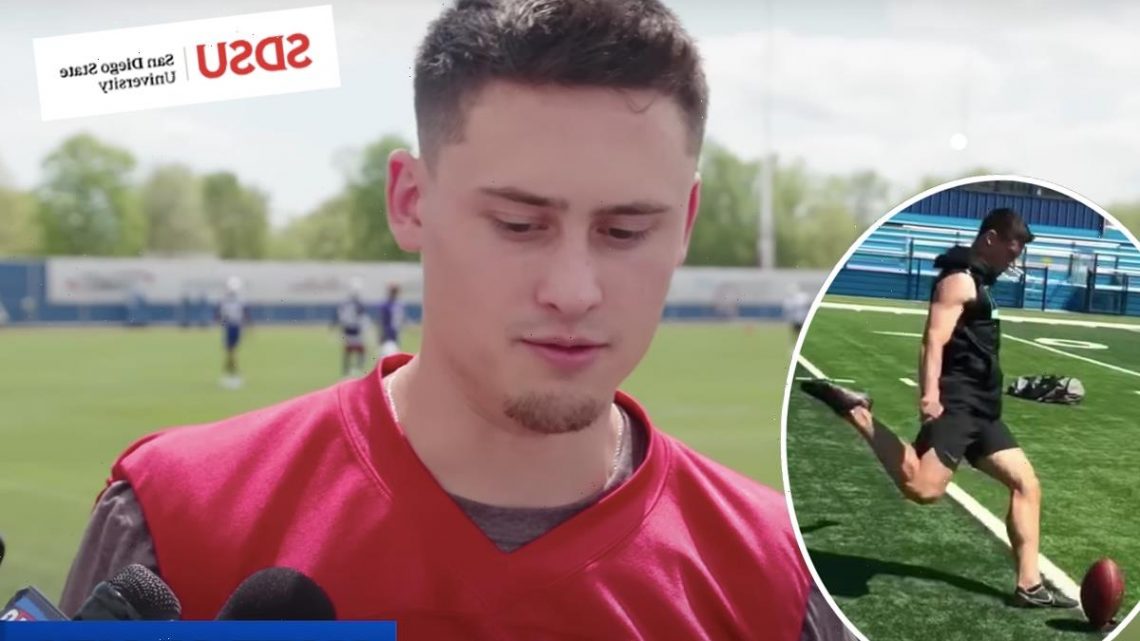 Buffalo Bills Kicker Matt Araiza Accused Of Brutal Gang Rape Of Underage Girl – But Who Tried To Cover It Up?!

Buffalo Bills kicker Matt Araiza is at the center of a shocking lawsuit alleging gang rape.

The 22-year-old NFL star has been named in the case where a 17-year-old girl was victim of extreme sexual violence while attending a college party in October of last year. Claims were made Thursday that the Bills punter, along with two other former San Diego State University football players, forced the high school student into the sexual act.

Related: Rhode Island Woman Unknowingly Drove With Naked Man In Back Of SUV

According to the suit, the unnamed victim was at an off-campus party at Araiza’s residence. She claims she was drunk, entering in and out of consciousness during the attack, after Matt supplied her with a drink which she says “not only contained alcohol, but other intoxicating substances.” She added that the football player demanded sexual acts, including oral sex, despite the fact she was severely intoxicated and a MINOR, below the age of legal consent in California.

The other males named in the suit, which was filed in San Diego County Superior Court on Thursday, include players Zavier Leonard and Nowlin “Pa’a” Ewaliko and “at least one other man.” Araiza allegedly took the young girl into a secluded bedroom with the other men, thrust her onto a bed face-first, and violently raped her for at least an hour and a half. It gets more brutal…

In the process, the victim’s ear, nose, and bellybutton rings were ripped out. Whether this was intentional cruelty or just callous indifference to her pain is unclear. However, it does seem the perpetrators relished in what they were doing — she claims they filmed parts of their attack.

When it was all over, the poor girl “stumbled out of the room bloody and crying.” Not just from having her piercings ripped out — she says she was also bleeding “from her vagina.”

So inhuman and downright vile.

At the request of authorities, the victim made a recorded call to Araiza where he allegedly confirmed he had sex with her last October, while recommending her to get tested for sexually transmitted diseases. Later in the conversation, the victim asked, “And did we have actual sex?” to which the punter allegedly changed his tone and responded:

“This is Matt Araiza. I don’t remember anything that happened that night.”

San Diego State is currently facing criticism following a Los Angeles Times investigation where it was revealed that the university decided not to notify the campus community about the rape allegation — and waited seven months to conduct their own investigation.

Araiza’s lawyer, Kerry Armstrong, denied the allegations, claiming the lawsuit was filed as a result of the newly drafted NFL player’s status, pointing to witnesses from the party who have allegedly contradicted the claims made:

“It’s a shakedown because he’s now with the Buffalo Bills. There is no doubt in my mind that Matt Araiza ever raped that girl.”

As a result of the situation, the Buffalo Bills issued an official statement regarding the matter to the Los Angeles Times Thursday:

“We were recently made aware of a civil complaint involving Matt from October 2021. Due to the serious nature of the complaint, we conducted a thorough examination of this matter. As this is an ongoing civil case, we will have no other comment at this point.”

It seems there has been some discrepancy about exactly when the team knew of the allegations. Hmm. Attorney Dan Gilleon, who filed the suit, blasted all the organizations involved in a statement:

“This was a horrific crime, the kind of which happens all too often. What makes these crimes different is not only that they were committed by self-entitled athletes. Just as awful as the crimes, for months, multiple organizations — SDSU, the San Diego Police Department, the San Diego District Attorney, and now the Buffalo Bills — have acted the part of enablers looking the other way in denial that my client deserves justice even if the defendants are prized athletes.”

Araiza and the others are accused of rape, gender violence, and false imprisonment. Seems like we’ll have to wait and see what — if any — consequences they actually face.

So totally and completely disturbing.

Middle-aged women always shoot me dirty looks because of my outfits but I don’t care, I feel sorry for them | The Sun