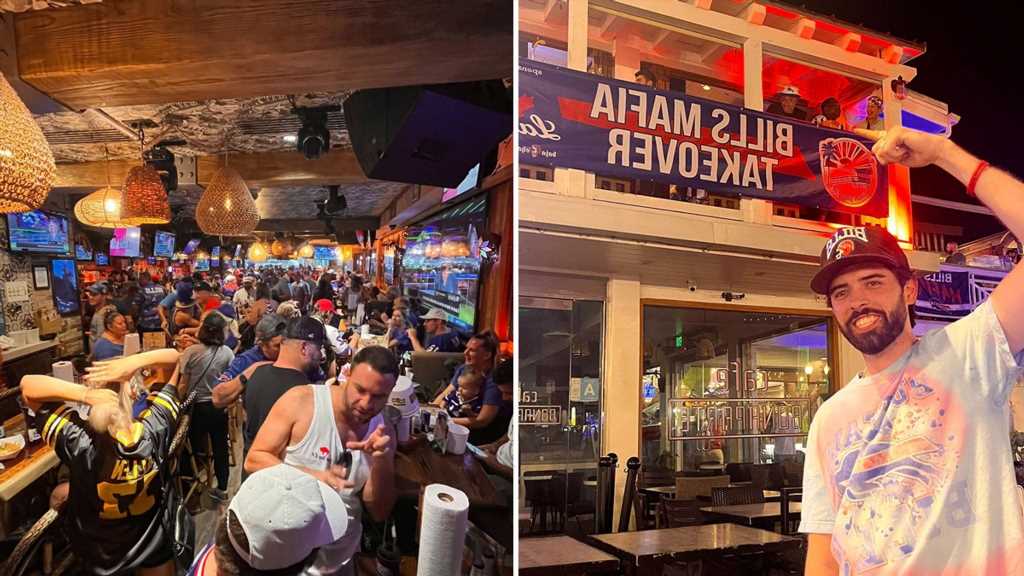 Don’t be surprised if SoFi Stadium has a heavy tint of blue and red at Thursday night’s Rams vs. Bills game … because if Wednesday night is any indication — THOUSANDS of Buffalo fans will be there supporting their team at the NFL’s opening matchup.

TMZ Sports has obtained pics and video of a Bills Mafia meetup event in Hermosa Beach just 24 hours before Thursday’s kickoff … and you can see hundreds of people wearing Buffalo gear flocking to the bars and restaurants in the area to party ahead of the big game. 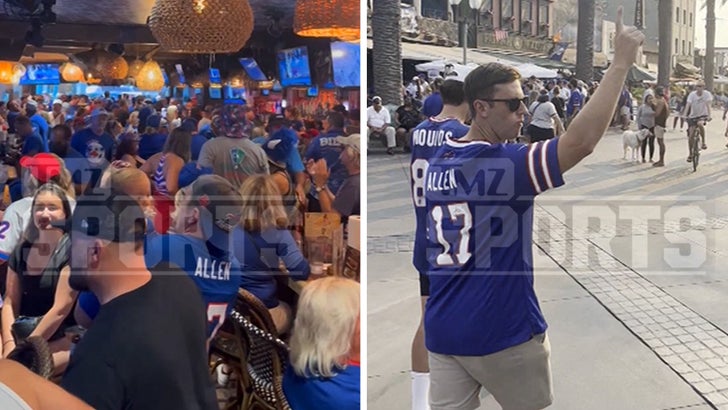 People even hung signs and posters from the businesses in the city … and we’re told the celebrating went well past midnight.

First whistle for Thursday’s contest will happen at around 5:20 p.m. PT — but Buffalo fans have already planned a big tailgate at SoFi Stadium hours before that.

And, yes, we’re sure tables will be broken and Zubaz pants will be aplenty.