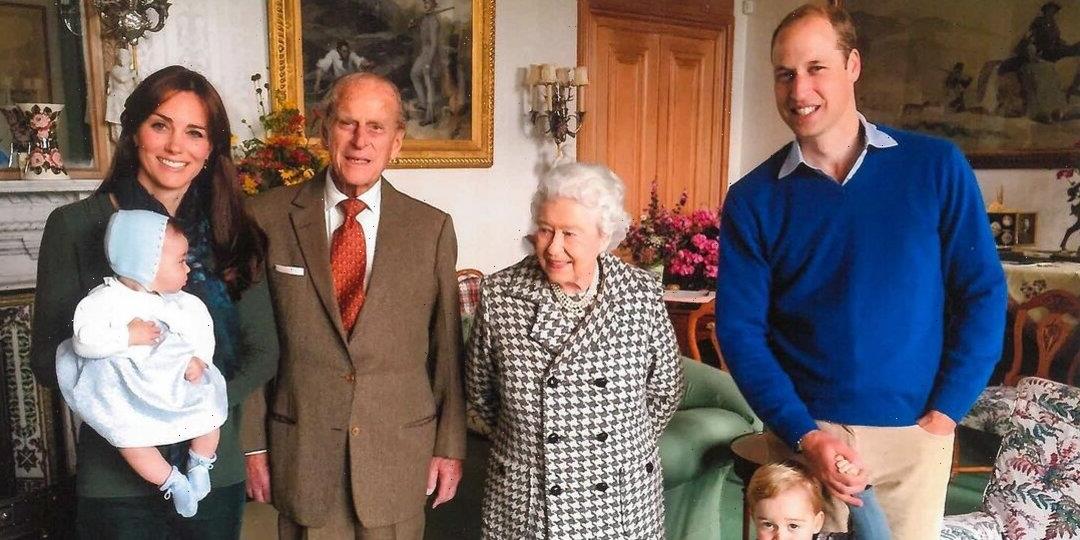 To celebrate Prince Philip, Buckingham Palace released a set of new photos never before seen by the public. In the new images, which come a few days before his funeral, the Duke of Edinburgh and Queen Elizabeth II are surrounded by seven of their great-grandchildren. The photo is from 2018 and happens to have been taken by Kate Middleton.

"The Queen and The Duke of Edinburgh surrounded by seven of their great-grandchildren at Balmoral Castle in 2018," the palace captioned the photo.

In a second photo, which was posted to the Kensington Royal account, Philip and Elizabeth pose with the Cambridges.

"Today we share, along with Members of @theroyalfamily, photographs of The Duke of Edinburgh, remembering him as a father, grandfather and great-grandfather," the account added. That photo, from 2015, featured two baby royals alongside Kate and Prince William at Balmoral.

Philip passed on April 9. The royal family announced the news with an official statement, sharing that he died in his sleep.

"It is with deep sorrow that Her Majesty The Queen has announced the death of her beloved husband, His Royal Highness The Prince Philip, Duke of Edinburgh," the statement read. "His Royal Highness passed away peacefully this morning at Windsor Castle. The Royal Family join with people around the world in mourning his loss."