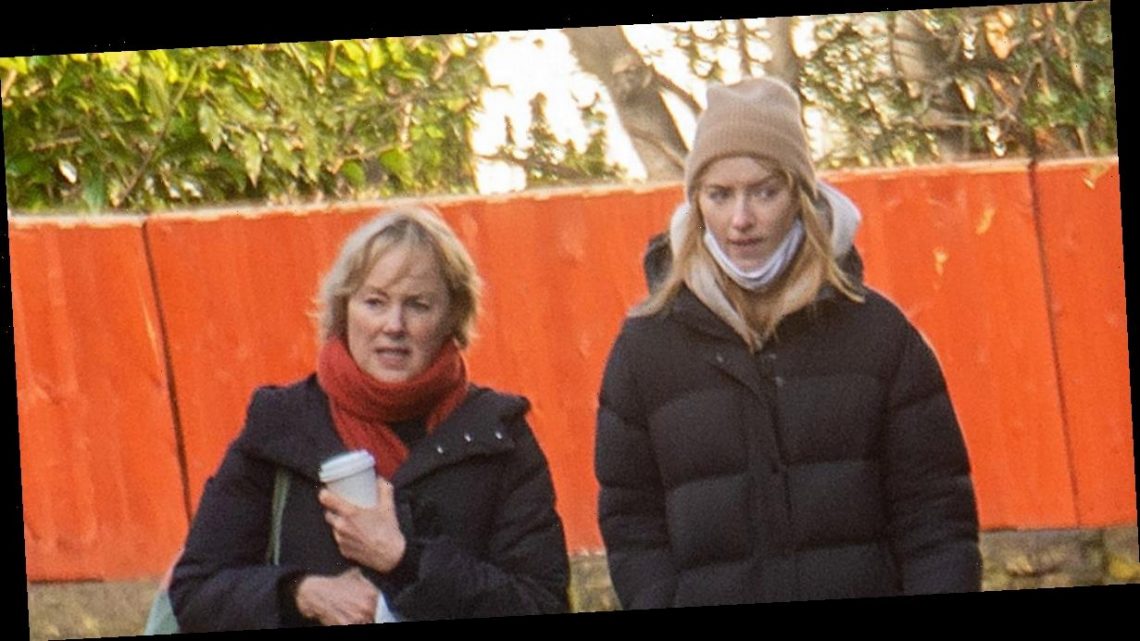 Bridgeton star Phoebe Dynevor has been snapped on an outing with her Coronation Street star mum Sally.

Actress Phoebe was seen heading to a farmer's market in Manchester with her mum Sally Dynevor, who is best known for playing Sally Webster in ITV soap Coronation Street.

Phoebe has become a household name in recent weeks thanks to the huge success of Bridgeton, in which she plays one of the lead characters, Daphne Bridgeton.

While viewers will be used to seeing Phoebe in beautiful gowns for the Netflix show which is set in regency London in the 1800s, she looked very different as she stepped out with her mum.

The 25 year old wrapped up warm in a black puffer coat with purple leggings and green boots with a fur lining.

She wore her blonde hair down underneath a brown woolly hat, while she also donned a protective face mask amid the ongoing pandemic, which she wore under her chin.

The talented actress also appeared to be makeup free as she walked alongside her mum, 57, who was too wrapped up warm from the January chill in a long black puffer jacker.

The mother-and-daughter duo carried coffee cups in their hands as they chatted while walking down the street.

Phoebe is Sally's eldest child with her husband Tim Dynevor and they also share Samuel, 23, and Harriet, 17.

Phoebe has admitted that she fast-forwarded through the racy sex scenes on Bridgerton when watching it with her family.

The actress explained that she was "on high alert" for the intimate scenes she shared with co-star Regé-Jean Page, 31, who plays Simon Basset.

Speaking of her mum's reaction to her performance, Phoebe said: “She is very proud and excited. I watched the show with the whole family, even the grandparents managed to watch it.

“I had to sit there and fast forward on high alert with the remote control. We managed it just about.”

Olivia Rodrigo Used to Write Fanfic About This Band
Entertainment