Home » Celebrities » Briana DeJesus: I Make 10 Grand a Week on OnlyFans … And Now I’m Gonna Suck My Own Toes! 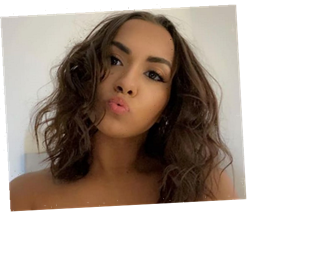 Briana DeJesus: I Make 10 Grand a Week on OnlyFans … And Now I’m Gonna Suck My Own Toes!

So far, 2021 isn’t quite as bizarre as 2020 was — but we still find ourselves routinely writing headlines that we never could’ve imagined on a less-bonkers timeline.

Take, for example, this story about Briana DeJesus literally putting her foot in her mouth.

As you may know, Briana joined OnlyFans last week, and she announced at the time that she would not be displaying her butthole.

Despite this shyness, it seems that Bri’s time on the site has proven rather lucrative.

“Life is crazy,” she tweeted on Monday.

We’re impressed, and not only because “or t–ties” is the funniest ending to a “serious” tweet so far this year.

Obviously, Bri wants to keep the money coming in — but she also doesn’t want to end up like Farrah Abraham.

As you may recall, when Farrah was fired from Teen Mom OG back in 2017, MTV cited her partnership with the adult content service CamSoda as one of their reasons for letting her go.

“Would y’all fire me if I made a video of me sucking my own toes? Cause everyone keeps asking for that video”

You heard her — Bri said “everyone” has been asking for it.

So whether you remember it or not, you’ve inquired about the possibility of seeing Briana DeJesus eat her feet on the internet.

Of course, some of Briana’s followers cautioned her against going the toe-sucking route.

“Don’t do it Bri,” one fan warned. “Your daughter is about to be a teenager. You don’t want Nova telling you, well you did it.”

“Just remember, people can and will share those pics and videos of you. It’s not just the paying customers who see that stuff,” another wrote.

“Girl don’t do that dumb sh-t,” a third chimed in.

One fan asked why people would pay for adult content when it’s literally everywhere on the internet for free.

“Well, it’s called only fans bc it’s more intimate knowing ur fav person is taking a photo just for u or talking just to u,” Bri replied, demonstrating that she took notes during her OnlyFans orientation.

“Men just like to feel special,” she told another person.

“They don’t need to see ass and t*ts for that.”

So maybe Bri doesn’t need to show any part of her body for cash.

Maybe the lesson here is that top-notch advice like that is worth more than any feet pics.

At least that’s what we assume based on the photo of her feet that she tweeted, along with the words “I love you” and no further commentary.

Hey, it’s been a tough year and we probably won’t be seeing any more stimmy checks.

We can’t fault Bri for doing what she needs to do in order to secure the bag.

Virgin Voyages to require all crew, passengers to be vaccinated for COVID-19 on all cruises
Entertainment