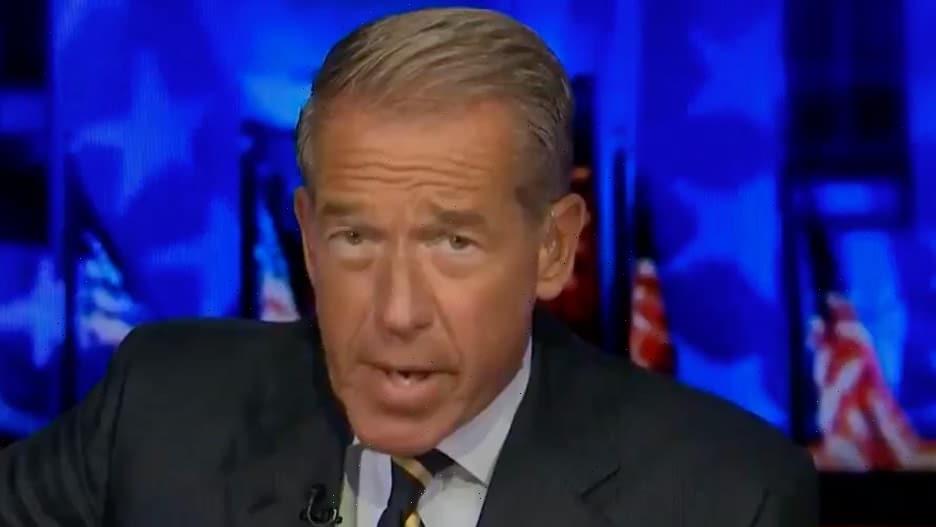 Brian Williams wasn’t pulling any punches during “11th Hour” on Wednesday night, and his digs at anti-maskers and U.S. senators alike had viewers thoroughly entertained.

At the end of his show, Williams played a supercut of footage from The Recount showing various parents going on angry tirades to their respective school boards over mask policies. The video got progressively more heated, with each person angrier than the last. One of the last clips was of a man screaming into a microphone, saying that children will be asked, “Have you been a good little Nazi? Hail Fauci!”

As the footage ended, Williams deadpanned, “Perhaps you remember your first edible.” You can watch the moment in the video above.

Some fans were just stunned at the host’s joke. “Did Brian Williams just say ‘perhaps you remember your first edible’ or have I been working for too many hours today?” MSNBC’s legal analyst Joyce Alene tweeted.

Others thought it was absolutely hilarious. “Dear Neighbors: I truly apologize. I was listening to the @11thHour rebroadcast and when Brian Williams deadpanned ‘perhaps you remember *your* first edible,’ apparently I hollered so loud I woke your dog up. Really sorry about that,” one viewer tweeted.

That wasn’t Williams’ only sassy moment of the night. Earlier in the show, the MSNBC host also took shots at GOP Sens. Mike Lee and Lindsey Graham. As Williams put it, they’re two people who “put the sick in sycophant.”

You can check out more reactions to Williams’ shade below.

Whitney Houston’s ‘The Bodyguard’ Getting Remake At Warner Bros.
Entertainment