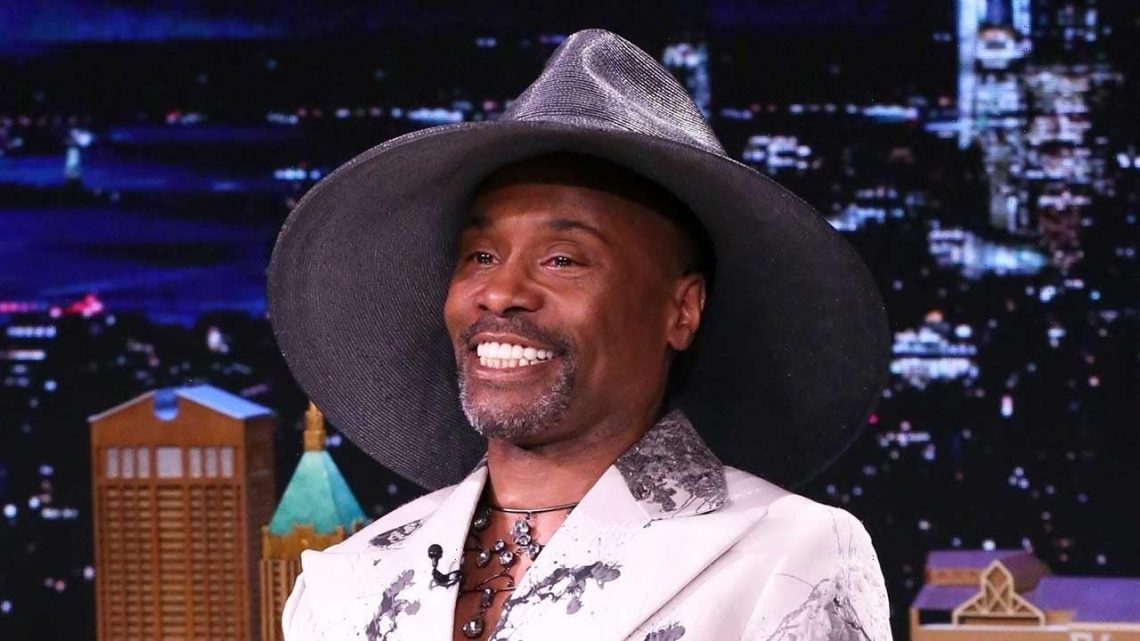 Billy Porter has been full of joy since revealing that he’s HIV-positive. The 51-year-old Pose star appeared on Thursday’s episode of The Tonight Show Starring Jimmy Fallon, just days after he shared that he was diagnosed as HIV-positive 14 years ago.

“I’ve been positive since 2007. Having lived through the AIDS crisis, it was heavy for me. It was a heavy year, 2007,” he said. “I lived with the shame of it for a really long time. Last week I released that shame, I released that trauma, and I am a free man. Free. Free.”

“I’ve never felt joy like this before,” Porter continued. “We talk about it in the Black church, [how] this joy that I have, the world didn’t give it and the world can’t take it away. I got it. I got some joy now. It really feels good. It really feels great.”

Porter also opened up about why he waited over a decade to publicly share his diagnosis, a choice that largely had to do with both his upbringing and his mom, Cloerinda Ford.

“Growing up in the Pentecostal church, there’s such a stigma surrounding it. Having lived through it I was supposed to know better. It happened anyway. There was just so much going on,” he explained. “My mother received so much persecution because I was gay, and I just didn’t want her to have to go through that again. It’s sort of like a second coming out, and I didn’t want her to go through that again.”

“My sister and I had vowed [that] we were just going to wait till she was dead,” he continued. “She went into a nursing home six years ago and she ain’t going nowhere. She’s full of life, so it’s time to tell her!”

Porter first publicly revealed his diagnosis in an interview with The Hollywood Reporter earlier this month. During the candid interview, Porter shared how his mom reacted when he told her about his diagnosis.

“She said, ‘You’ve been carrying this around for 14 years? Don’t ever do this again. I’m your mother, I love you no matter what. And I know I didn’t understand how to do that early on, but it’s been decades now,'” Porter recalled.

As for why now was the right time to go public with his long-held secret, Porter said quarantine pushed him to do just that.

“For a long time, everybody who needed to know, knew — except for my mother. I was trying to have a life and a career, and I wasn’t certain I could if the wrong people knew,” he said. “It would just be another way for people to discriminate against me in an already discriminatory profession. So I tried to think about it as little as I could. I tried to block it out. But quarantine has taught me a lot. Everybody was required to sit down and shut the f**k up.”

When it comes to his health, Porter said he’s “going to die from something else before I die from that.”

“My T-cell levels are twice yours because of this medication. I go to the doctor now — as a Black, 51-year-old man, I go to the doctor every three months. That doesn’t happen in my community. We don’t trust doctors,” he said. “But I go to the doctor, and I know what’s going on in my body. I’m the healthiest I’ve been in my entire life.”