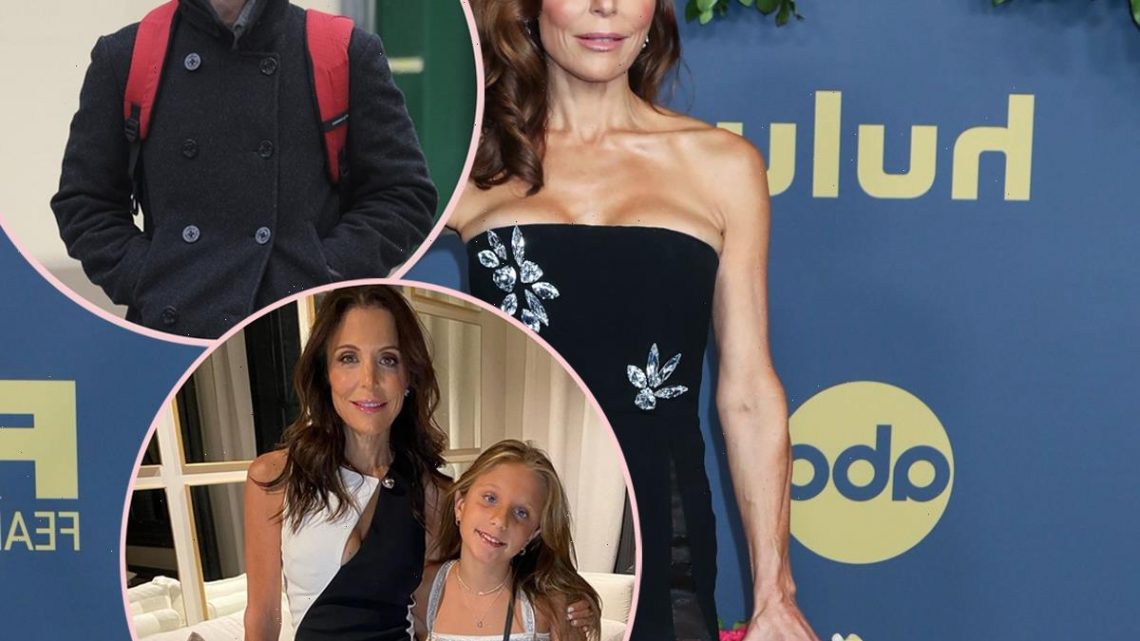 Could the long legal battle between Bethenny Frankel and Jason Hoppy finally come to a close soon? It sounds like it.

For the last nine years (!!!) since calling it quits, The Real Housewives of New York City and her ex-husband have been battling it out in court, specifically over custody of their 11-year-old daughter, Bryn. The former couple was first granted joint custody in 2014. However, Frankel later returned to court in 2017 to try to win sole custody after receiving a restraining order against Hoppy for allegedly harassing and stalking her.

It’s been a pretty nasty dispute to say the least. And shockingly enough, the parents were still legally married until they officially finalized their divorce only a few months ago. Now, it seems like the end of their conflict could be coming as Frankel won’t have to pay child support to her ex anymore!

During a video court hearing on Wednesday, Page Six reports the reality star’s lawyer Allan Mayefsky asked the judge to end the child support payments since their daughter chose to mainly live with Frankel. Additionally, the attorney requested to alter the current custody schedule to have Bryn see her father even less, saying:

“We have to put in a schedule that Bryn can be comfortable with that the court can order so we don’t have these constant fights going on. We need to recognize that Ms. Frankel is the primary parent … she should not be paying child support at this point.”

But despite creating a new plan, the Skinnygirl CEO admitted to the judge that “whatever you put on paper, that’s great for structure, but she is a living, breathing thing, and she won’t always go.” As for why Bryn doesn’t want to be around her dad as much? Frankel and Mayefsky shared that she’s suffered from anxiety, hyperventilation, and hives. Even more so, Bryn has apparently refused to see her dad primarily due to the parents’ ongoing fight. The momma said:

“I want her to see her father. I know how important it is for a child to have a good relationship with both parents.”

Without an attorney by his side, Hoppy announced that he won’t turn down Frankel’s motion, expressing:

“This is not a Bryn issue or an issue that Bryn has with me. Therefore I’m removing myself of this fight for Bryn and my physical, emotional and mental health. I will not spend the remainder of Bryn’s childhood fighting as we share joint physical custody. Bryn knows I love her, I want her and I will always be available for our time together.”

Manhattan Supreme Court Justice Michael Katz then told the 51-year-old that “the relief that is sought will be granted” if he doesn’t object, to which he responded:

“I’m removing myself from this toxic environment. It’s not good for myself or Bryn.”

“I’m hoping that this will be the last time that I need to see you. I think both parties have spent quite a bit of time in court litigating these issues. I hope by making a minor adjustment to the schedule, it will make things more comfortable for Bryn.”

It seems like Bryn has understandably been struggling with this, so here’s hoping Bethenny and Jason can put this court battle to rest for the sake of their kiddo. Reactions on her legal win? Let us know in the comments (below).

Wells Adams: I Was a 'Little' Bummed Jesse Palmer Was Named 'Bachelor' Host