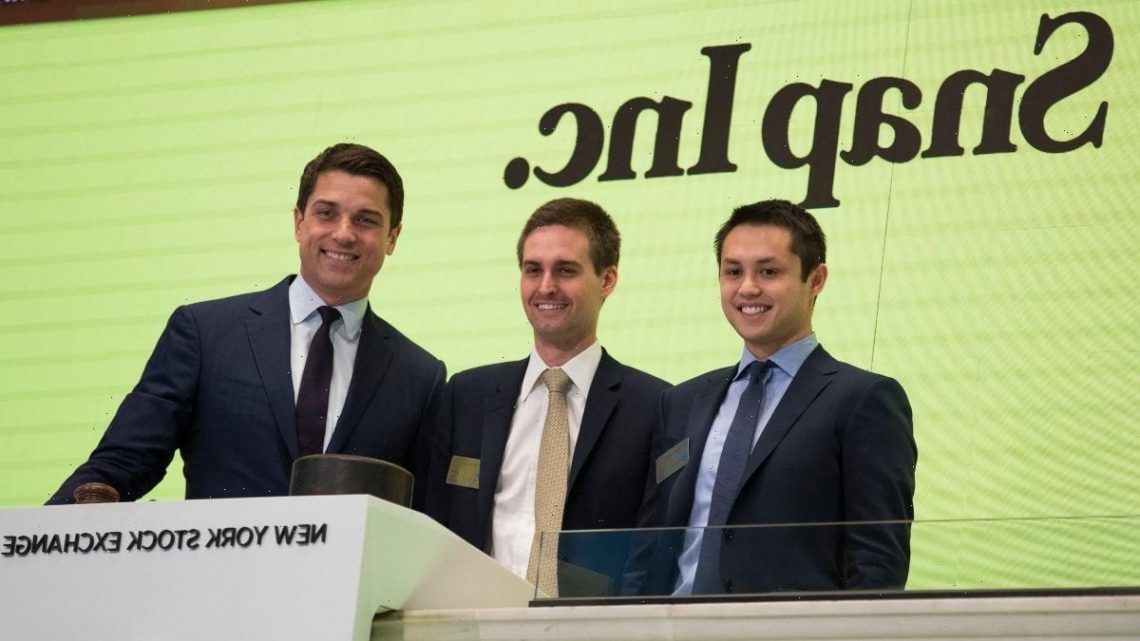 Nielsen on the Hot Seat: What Happens If TV Ratings Company’s Accreditation Is Suspended?

The company is suddenly worth $120 billion, but it wasn’t always this way

When your stock price spikes 23% in a single day, you probably did something right. And in the case of Snap this week, the company did have a lot go right in the second quarter. But it wasn’t always so rosy an outlook for the social media app.

Just a few years ago, Snapchat appeared to be stuck in neutral, with shaky user growth and a seemingly-uneven business plan. The L.A.-based company, run by 31-year-old L.A. native Evan Spiegel, looked like it could end up becoming roadkill under Facebook’s wheels — especially after Facebook-owned Instagram copied Snapchat’s best-known feature. More on that turnaround in a moment.

But a combination of innovating advertising products, creating original shows and listening to user complaints propelled what analysts say is a long-term shift for the better.

Let’s start with what just happened: Snapchat posted perhaps the best quarter in the company’s history on Thursday, with the app adding 13 million new users — pushing Snapchat to 293 million daily users overall, while also reporting that revenue more than doubled from the same time last year. 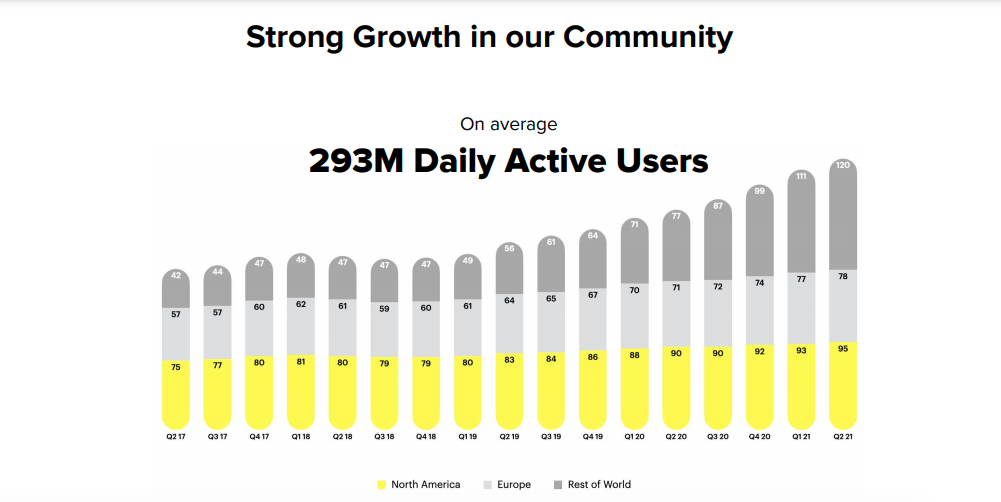 This came from significant advertising growth.

“Snap’s ad revenue strength was broad-based across use cases (Stories, Discover, lenses and AR, etc) as performance-focused innovation like improved matching, dynamic product ads, and new AR lenses are leading to increased advertiser and spend per advertiser growth,” Morgan Stanley analyst Brian Nowak wrote in a note to clients on Friday. He said Snap is doing a better job integrating ads between core features like Stories and its Discover content.

And that’s especially important considering Snap users are more engaged than ever before. Snapchat, while not saying how much time users spend on the app each day on average, said users spent 60% more time on Snapchat during Q2 compared to last year. (Why? Snapchat has doubled down on its content slate over the last year, and the company recently ended its $1 million-per-day giveaway to Snapchat users who had their posts shared to Spotlight, the company’s hub for user-generated content. The pandemic also likely pushed more people towards the app.) From there, it’s not rocket science: if you can keep users on the app longer, advertisers are going to see more engagement — and that’s what happened in Q2.

Wall Street gave Snap a resounding vote of approval on Friday morning, pushing the stock higher by more than 20% to $78.68 per share, setting a new all-time high for the company by market close. Snap is now worth about $120 billion, following the spike. And some analysts don’t expect Snap’s big quarter to be a one-off either; instead, it is being looked at as a sign of its business maturation.

MoffettNathanson analyst Michael Nathanson, in a note to clients, compared Snap to Twitter, another company that posted impressive revenue growth on Thursday. Snap’s revamped analytical tools, continued push into e-commerce and investment in its sales team has set the company up for more success, Nathanson said.

“Of the two, we continue to believe that Snap is the much better long-term play given our forecast that Snap’s revenue will exceed the more tenured Twitter some time in 2022, which is remarkable given that Snap barely generated any revenues a few years ago,” Nathanson said.

And from a macro perspective, “remarkable” also applies to Snap’s turnaround. The type of quarter Snap just reported looked to be a pipe dream back in 2018. At the time, Snapchat was struggling to add users — in fact, the 3 million users ditched the app during Q2 2018 — and bleeding cash. By the end of the year, the company was trading for less than $5 per share. And compounding matters, Instagram, its chief rival, was thriving — helped in large part by the app copying Stories, the feature allowing users to post pictures and videos for only 24 hours, that Snapchat had made famous.

A quick recap of what helped save Snapchat from the abyss:

— Fixing the Android App:It’s hard to rack up users when they hate your Android app. Snap introduced a much-maligned Android update in 2018 that was so unpopular it led to 1.2 million people signing a petition for the company to change it back. Snap eventually revamped its Android revamp the next year — a move that coincided with the company’s rebound.

— More Content: Snap’s investment in quick-hit shows looks to have paid off. Snap’s original content push over the last few years has included bets on A-list stars (Will Smith hosted a Snapchat show from his home during the early days of the pandemic) and docuseries aimed at Snap’s young audience. Snapchat also introduced in-app video games two years ago — giving the app another feature to keep users engaged.

— Better Financials: Snap, back in 2019, was on the road to running out of cash by 2022. The company was burning through $68 million per month and struggling to win over new advertisers and users. Things are different today, with Snapchat reporting an unexpected Q2 profit of $0.10 per share, compared to the 9 cent loss per share the company reported during the same time last year.

The company is still not profitable. It reported a $151 million loss last quarter, but analysts said the company could quickly get to profitability if this growth rate continues.

Coming off the quarter it just had — and remembering where the company once was — it’s easy to see why Spiegel said on Thursday he’s “energized” by the opportunities ahead for Snapchat.

Sergey Kartashov (Sergejs Kartasovs): Ukraine has all potential to succeed in AI and ML