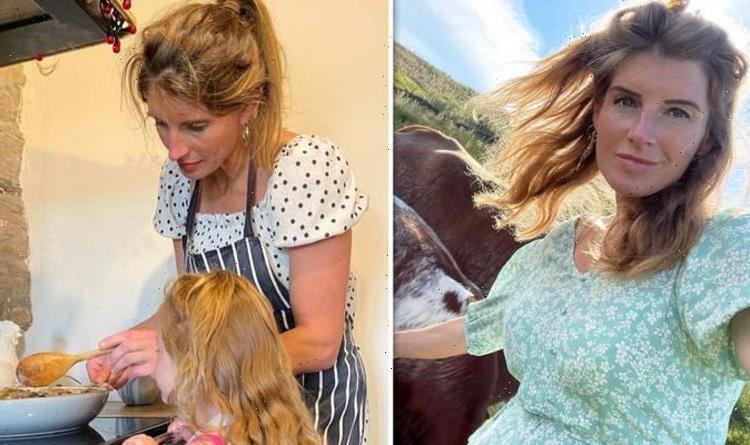 Our Yorkshire Farm star Amanda Owen explored ways in which you can fully utilise a full joint of lamb, leaving no wastage whatsoever. The shepherdess shared pictures of herself cooking up the meat in her kitchen with two of her children on her Instagram page yesterday.

As part of her lengthy post in view of her 372,000 followers, the 46-year-old wrote: “This British lamb is a favourite with the children and as they love helping out in the kitchen, they were excited to get involved with making this week’s dish and learn why lamb is such a healthy choice.”

The mother-of-nine went on to detail how she created the dish using leftover bone to create stock and ingredients such as Moroccan seasoning and cranberries.

She concluded her post encouraging her fans to let her know how they made their meals with their families.

Amanda has since faced criticism since teaming up with the supermarket chain.

One accused her of “selling out” while another suggested she was “losing the charm” of a Yorkshire family.

A third queried why she wasn’t using her own lamb as meat.

Despite some negative comments, the majority of her fans flocked to her post to defend her.

A fourth wrote: “Ouch, let’s stop with the negativity.

“Times change, things move on. The pandemic has caused suffering for all. Be kind!”

Another penned: “Supporting your local retailer. Good for you.”

“If you don’t like the post unfollow please, stop with all the negative posts,” a sixth added.

“We need to encourage each other in our endeavours. Amanda and her family are true real people who work hard, so no negative comments.”

While the shepherdess tends to ignore the criticism, she recently addressed why she had been involved with promotional posts.

“I encourage the children to follow whatever paths they choose in life, to be ambitious & that they should themselves strive to achieve their own personal goals.

“Raven is studying Biomedical science at university, she works part time in a supermarket and does voluntary work in the hospital.

“She does the advertising work, she gets paid.

“Education and indeed life doesn’t come cheap and therefore if a paid advertising opportunity arises and the product is genuinely good then why should you not.”

Amanda first rose to fame on the show back in 2018.

The programme gives viewers an insight into her life on the farm with husband Clive and their nine children.

How often should you water your plants during a heatwave?

Why Jeff Bezos’ Trip To Space Has Twitter Furious
Entertainment