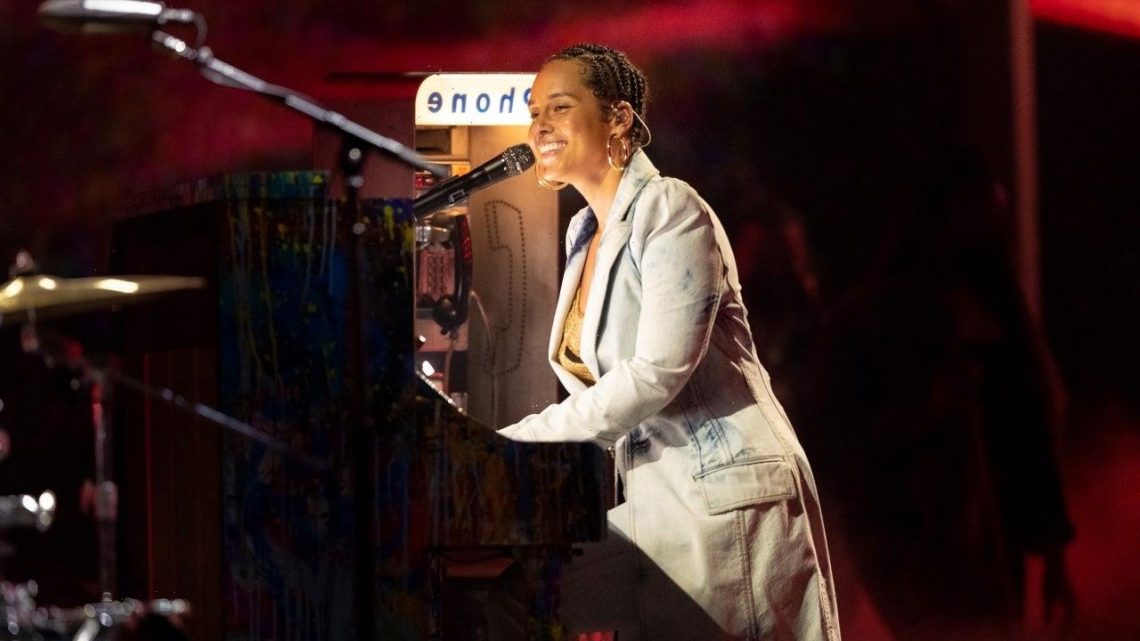 Alicia Keys’ first studio album, Songs in A Minor, was released 20 years ago this June, debuting at No. 1 on the Billboard Top 200. So it’s fitting that Keys took to the Billboard stage to celebrate the legendary album’s upcoming milestone.

The GRAMMY-winning artist performed a medley of hits from Songs in A Minor — which was released on June 5, 2001 — during the 2021 Billboard Music Awards on Sunday, kicking off the album’s 20th anniversary celebration.

The performance started with a special introduction from former First Lady Michelle Obama, who celebrated Keys as a “singular force.”

“Alicia is not just an artist. She’s also an advocate for women and families around the world, a leader on social justice, a wife, a mentor, a mother, but most of all, she is herself, always thoughtful, always hopeful, always Alicia.”

Obama said she can still remember “what it felt like to heard the song ‘Fallin” for the first time.” “It was edgy yet soulful, graceful yet raw. This young singer was taking us to church and to the symphony and to a candlelit dinner and couples’ therapy and everywhere else, all in a little more than three minutes. I knew right there that wouldn’t be the last we hear from Alicia Keys.”

Dressed in custom Balmain, Keys then took the stage to perform the biggest singles from Songs from A Minor, including,  “A Woman’s Worth,” “How Come You Don’t Call Me,” and, of course, “Fallin,'” which spent six weeks at No. 1 on the Billboard Hot 100 chart in 2001 — her first of 26 career Hot 100 hits so far, including four No. 1s.

Prior to her “really special” performance, Keys took to social media to show off the custom Balmain ensemble she performed in, which was “specifically meant to duplicate the back of the Songs in A Minor album.”

a special outfit for a special performance. ✨@aliciakeys is ready to take the #BBMAs stage !!! don't miss her up NEXT !! pic.twitter.com/HBsbst9b1Q

In the years since her debut, Keys has also dominated Billboard’s Adult R&B Airplay chart, with a record 92 total weeks at No. 1, and has had eight No. 1s on Billboard’s Hot R&B/Hip-Hop Songs chart and five albums reach the top of the Billboard 200 chart. She’s sold over 65 million records, and has become the No. 1 RIAA certified Female R&B artist of the millennium, with 27.5 million worldwide certified digital sales (US) and 20 million album sales (US).

After branching out with a lifestyle beauty brand, Keys Soulcare,and a New York Times bestselling book, More Myself: A Journey, over the last few years, Keys released what might be her most personal album yet in September 2020. She spoke with ET about how the creation of her self-titled seventh studio album, ALICIA, allowed her to “fully be herself” during the musical process.

“I’ve been working on this for a while, and really just coming to the discovery of who Alicia is,” she said of the album, her first since 2016. “I love that, and the music reflects that… It really takes you on an incredible journey.”

Pet Messes and Years-Old Stains Are No Match for This 'Magic' Bissell Carpet Cleaner, and It's on Sale