BAZ BAMIGBOYE: Life is a Dolly mixture for Queen Imelda Staunton on stage and screen

She was due to play Dolly in the West End this summer; and appear as Her Maj on the small screen in the fifth and final season of Netflix’s smash hit drama (with filming to start next year)

They’re the cream of leading roles: Dolly Gallagher Levi, the meddlesome matchmaker from legendary musical Hello, Dolly. And Her Majesty the Queen, in The Crown.

And Olivier award-winning actress Imelda Staunton scored a coup by snaring both.

She was due to play Dolly in the West End this summer; and appear as Her Maj on the small screen in the fifth and final season of Netflix’s smash hit drama (with filming to start next year).

But Dolly is now making way for the Queen, with news that the musical has been rescheduled for two years down the line.

The decision to shift the show was taken because of the impact of the pandemic on the theatre industry; and to allow Staunton to honour her filming commitments to The Crown.

The musical’s producers are insistent that, in the words of the show’s title tune, Dolly won’t never ever go away. She’ll just have to wait for her entrance.

‘Regrettably, we’ve got to postpone Hello, Dolly — but she’ll be back,’ Michael Harrison told me on Wednesday. ‘We’re still doing it. But we’ve just got to pick it up when Imelda’s schedule allows.’ The lavish production had been due to start rehearsals in July, and begin performances on August 11 at the Adelphi.

Every role had been cast, and designer Rae Smith had created models and sketches of sets and costumes. Director Dominic Cooke had a full Dolly mixture of ideas for the extravagant production with its cast of 34 and 18-piece orchestra.

Its limited, 30-week run was designed to allow Staunton to honour her commitments to The Crown, in 2021. But it seems increasingly clear that big London musical houses won’t open again until next year.

So now Imelda will return to the role of Dolly after she’s finished portraying the sovereign. 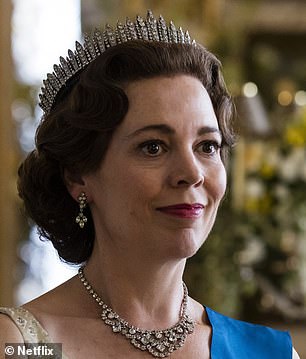 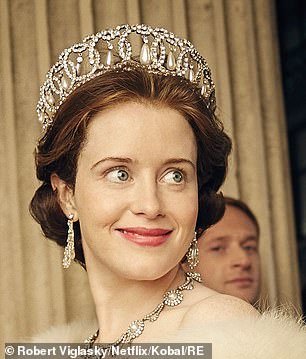 Imelda accedes to the throne following the reigns of Claire Foy and Olivia Colman. (Oscar-winner Colman’s turn as the monarch ends when season four is streamed on Netflix later this year.) This column broke the news of Staunton’s casting last November

It’s possible that filming on The Crown will now begin in spring of next year. With shooting likely to continue for several months, it means she won’t be available to do Dolly until 2022.

Imelda accedes to the throne following the reigns of Claire Foy and Olivia Colman. (Oscar-winner Colman’s turn as the monarch ends when season four is streamed on Netflix later this year.) This column broke the news of Staunton’s casting last November.

She will film ten episodes of the show and the storylines could well include the Queen’s ‘Annus Horribilis’ speech at the Guildhall in November 1992.

During the event, marking the 40th anniversary of her accession to the throne, she commented (with masterly understatement) that it had not been ‘a year on which I shall look back with undiluted pleasure’.

The previous months had seen the separation of the Prince of Wales and Princess Diana; the publication of Andrew Morton’s sensational book on the state of Charles and Diana’s marriage; Princess Anne’s divorce; the separation of the Duke and Duchess of York (photos of the duchess having her toes sucked by American John Bryan didn’t help). And on top of that, Windsor Castle almost burned down. 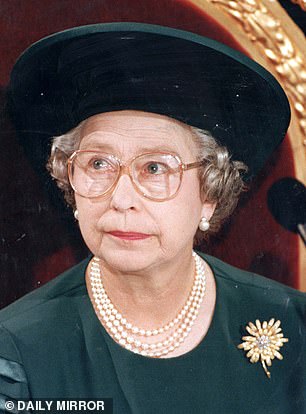 Peter Morgan, creator of The Crown, told me earlier this year that the Nineties were a period of ‘turbulence’ for the monarchy, particularly the crisis following Diana’s death in August, 1997.

There was to be more sadness when Princess Margaret and the Queen Mother died within seven weeks of each other in early 2002.

But back to Hello, Dolly business: ticketholders will be refunded their money. They need do nothing but wait until they are contacted by those they purchased their tickets from.

‘Who knows what the West End landscape will be like when Imelda’s ready?’ Harrison said. ‘If we can’t get the Adelphi back, we’ll play somewhere else — and make the announcement in due course.’ Other major parts in Hello, Dolly had gone to Andy Nyman, Jenna Russell, Harry Hepple, Tyrone Huntley and Clare Halse. ‘Once dates are confirmed we’re hopeful the entire company, as planned, will reunite,’ Harrison added.

Dominic Cooke and Imelda forged a bond when he directed her in the glorious production of Follies at the National Theatre.

Of his new project, Cooke said that while it has ‘glitz, fun, comedy . . . and great numbers’, Hello, Dolly is also ‘about people coming back to life after suffering loss’.

‘It’s about a woman going back out into the world.’

We can understand that; and as the song goes, we’ll be ready to take her wrap and welcome her back, once a new date is set.

Norway was once voted the world’s happiest country. And now they’ve made an engrossing TV drama called State Of Happiness. Like most Scandi drama it’s not the most cheerful — but it is darn good.

Set in the late 1960s, the eight-part series explores what happens to the residents of a small fishing town, struggling to survive as North Sea cod and herring supplies dwindle, when a foreign conglomerate strikes oil.

Sex, betrayal, black gold — and herring! What more could you ask for. Catch it on BBC4 iPlayer. 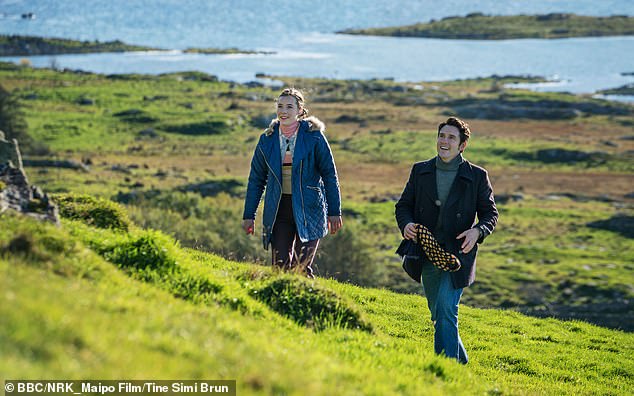 Norway was once voted the world’s happiest country. And now they’ve made an engrossing TV drama called State Of Happiness

Lauren Samuels, who will star in and direct a self-filmed version of Jason Robert Brown’s 2001 two-hander musical The Last Five Years.

It follows the lives of Cathy (Samuels), an actress; and Jamie (played by Danny Becker, of Aladdin and The Prince Of Egypt), her overbearing, aspiring novelist husband.

The show’s perfect for these isolating times. It begins with a sorrowful number sung by Cathy as her marriage to Jamie ends.

Each scene switches between the two as they sing about the happy-sad times of their courtship and wedding, and how it all unravelled as he found success while she did not.

Samuels, a favourite of mine since she starred in the musical of Bend It Like Beckham, has been filming herself and directing Becker performing his scenes.

The completed production will be streamed online by producers Jamie Lambert and Eliza Jackson from Thursday June 25 through Saturday June 27 at 7.30pm. A limited number of electronic ‘tickets’ will be available at £8 each. 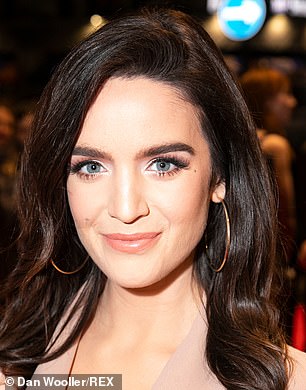 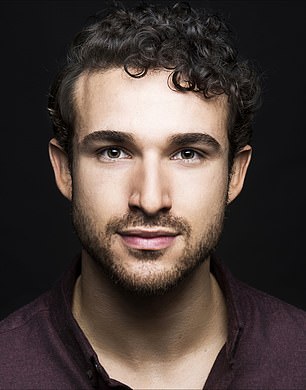 It follows the lives of Cathy (Lauren Samuels), an actress pictured left; and Jamie (played by Danny Becker, of Aladdin and The Prince Of Egypt, pictured right), her overbearing, aspiring novelist husband

GoFundMe Set Up By Family of George Floyd Raises More Than $1M: ‘We Continue to Seek Justice’