Home » Celebrities » ‘Bachelorette’ Front Runner Had A GF When The Show Began! And He Ghosted Her!!! ‘Bachelorette’ Front Runner Had A GF When The Show Began! And He Ghosted Her!!!

Say it ain’t so, Jed Wyatt!

One of the frontrunners to win ‘Alabama’ Hannah Brown‘s heart on this season of The Bachelorette is now under fire for allegedly suddenly dumping and ghosting his girlfriend of four months, Nashville-based musician Haley Stevens, in order to join the show’s cast in Los Angeles.

According to Stevens, who opened up publicly for the first time with the whole story to People, Wyatt was intent on getting to El Lay and improving his career prospects in the music industry.

“We spent the night together the night before he headed to L.A. He told me was just an obstacle and we’d be stronger on the other side because of it. He told me that he had applied. He said, ‘It’s probably not going to happen, but it’s a huge opportunity. I’m only doing this for my music.’ He only did it for his career. He wanted a platform. He kept telling me, ‘I don’t want my dad to have to help me pay rent anymore.’ He said he only wanted to be top five … to be a major player so that it would be beneficial.”

Uh-oh!!! That is EXACTLY what Hannah knows she doesn’t want this season on the show — men with ulterior motives!!

But ironically, Jed already kind of admitted this to Brown during a one-on-one date on an earlier episode of the show itself, when he told her he initially had separate motives for applying to be on the reality TV hit.

“When I signed up for the show, I was so clueless. I was open to the idea because I love love. I do, I love the idea of it. But my first thought was this is like a huge platform, and I just want you to know the truth. So I came in with that mindset, but every moment that we’ve had has taken that away and shown me that now more than anything I want to be with you.”

Remember that, during their one-on-one date in Boston, where the two played ball with the Boston Celtics?? Wyatt was at least open about that part of the story pretty much from the get-go… But…

That’s not the only issue here! The other problem is pretty obvious, too — it’s the fact Jed allegedly totally left his girlfriend of four months high and dry (after spending the night before his departure with her, no less!) so he could pursue a new relationship with a new woman on TV in El Lay. And then he allegedly ghosted the poor girl upon returning to Nashville! 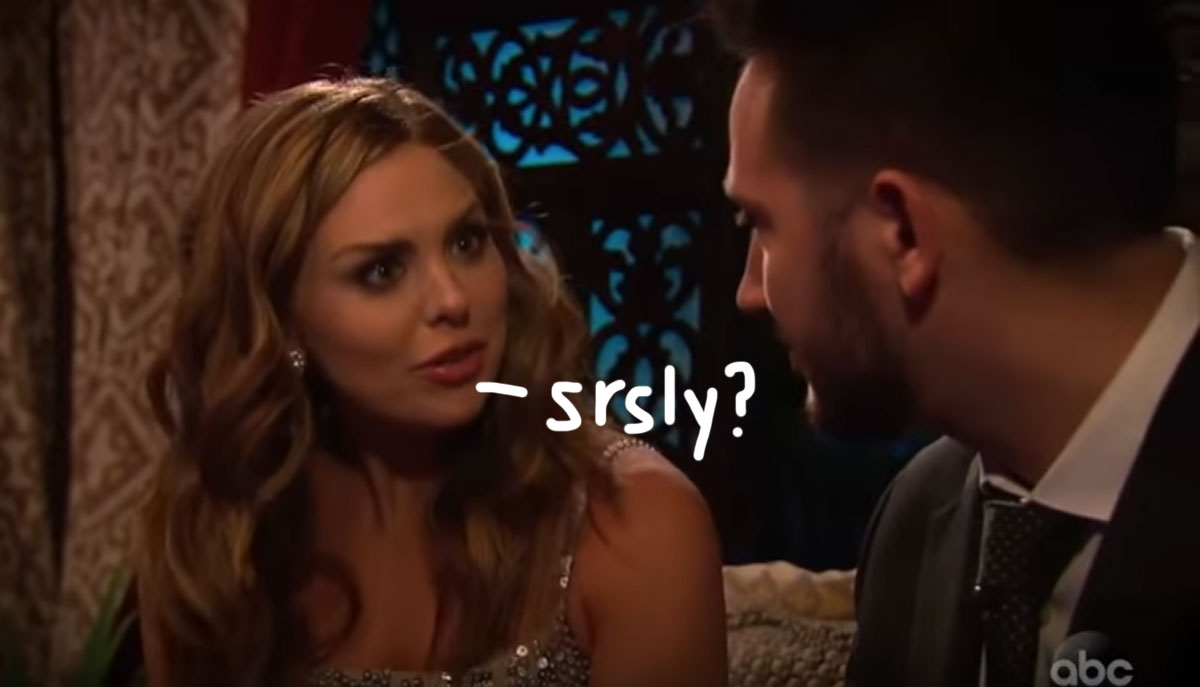 Stevens alleges that Wyatt lied — or, ummmm, bent the truth — about his on-camera TV relationship with the beauty queen Brown to help convince Stevens it was OK to leave for Los Angeles (below):

“He was always so reassuring . He told me, it’s not real. It’s acting.”

Doing so kept Stevens in the relationship, believing that it was only a matter of time until the two of them were back together — even after the pair took a romantic trip to the Bahamas together where they said ‘I love you’ for the first time just weeks before Wyatt’s departure to film the show!!!!

When filming started, then, Wyatt had to surrender his phone to producers; that’s pretty typical for shows like this one. After that point, Stevens had no clue what was going on — and she began to get incredibly anxious as time wore on.

“I was following along on spoiler accounts, trying to figure out when my boyfriend was going to come home. I bought a homecoming outfit that I was going to wear to maybe pick him up at the airport. I was terrified that he would fall in love with Hannah. In the beginning I felt bad because I thought he loved me and was faking dating her. But then I thought, my boyfriend could be engaged to someone else. Seeing him kissing her for the first time was the worst day.”

Wyatt did eventually return to Nashville, but get this: he never told Stevens. She was “baffled” when she learned that he was back in town without calling her, and she finally confronted him a couple weeks ago when they ran into each other at a music venue.

“He said, ‘Hey how have you been?’ and I said, ‘How do you think I’ve been?’ I asked him, ‘You didn’t think I deserved a phone call?’ And he said, ‘I didn’t know what to say.’ As it got closer to the end, I was preparing myself. I thought it probably wasn’t going to work out. But the hardest part is that he ghosted me. He loved me, but he didn’t have enough respect for me to have that tough conversation. Everything in me wants to believe that he meant everything he said and got caught up in . I don’t believe he’s a terrible person, but it’s a terrible situation. And part of me thinks I was the backup plan and he wanted me to be here in case it didn’t work out. I feel 100% betrayed.”

No kidding!!! What an immature and pathetic man!

Stevens admits she doesn’t know how things turned out between Wyatt and Brown — and there’s a real possibility Hannah Beast picked him as her man in the finale.

Regardless, it’s a bad situation for Jed — who is taking it on the chin in the comments on social media, BTW — and it’s becoming a big distraction for the show, which already seemed to be losing momentum week by week this time around.

So crazy!!! Reactions, Perezcious readers??? Sound OFF in the comments (below)!!!!