OK, don’t freak out, but… there’s a chance Dale Moss and Clare Crawley are already married. Fans started buzzing about them already having tied the knot when Moss posted a picture of himself and Bond Official Editor in Chief Igee Okafor. The picture, which Moss posted on his account on Nov. 15, featured the two men standing side-by-side and, in it, Moss rests his left hand on Okafor’s shoulder.

OK, now here’s where things get interesting. That left hand he’s resting on Okafor’s shoulder? Well, it very clearly features him rocking a ring on that finger. It wasn’t long before a fan reposted the picture in the r/thebachelor group on Reddit alongside the question, "anyone else notice Dale’s left hand in his most recent IG post?" Some fans weren’t totally convinced it meant anything. One thought Crawley probs asked him to wear it, writing, "I’m sure it’s Clare’s idea of Dale ‘showing up’ for her 😐." Similarly, another wrote, "Clare probably makes him wear it so girls stop sliding in his DMs."

Another thought it was probs just a male engagement ring, writing, "I could be wrong but I think it’s becoming more of a trend for a guy to wear an engagement ring too maybe they got one for him." While taking a low-key jab at Crawley, another similarly wrote, "he showed up for me by wearing an engagement ring."

Finally, another wondered, "honestly could be wrong but I’m pretty sure he was wearing a ring throughout the show?? I could be wrong I just thought he was for some reason." Buuuuuut I checked it out and it doesn’t appear like he does.

Case in point, here’s his bare ring finger from the Nov. 10 episode: 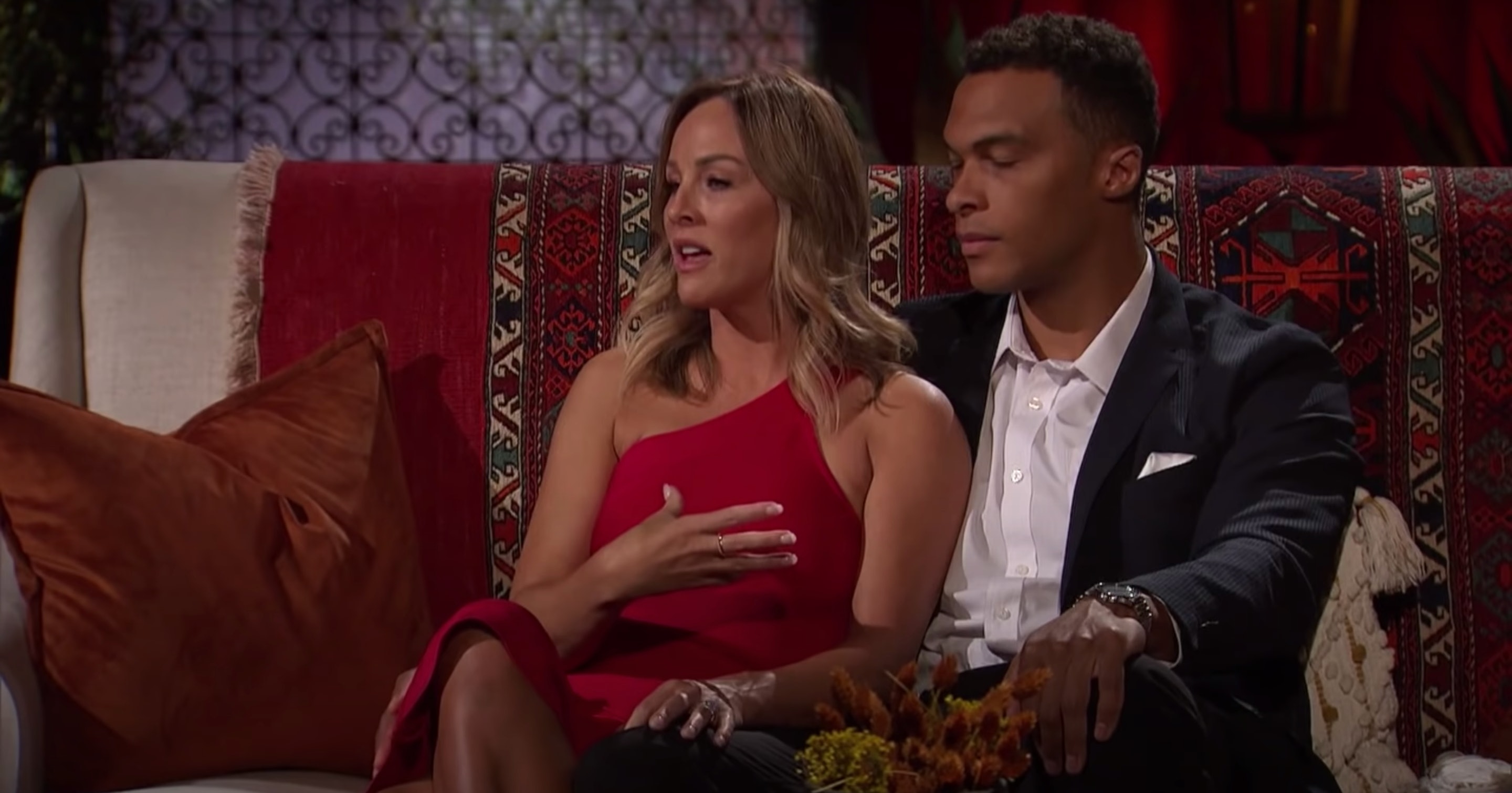 Fans in the comments section of his Instagram were a little more shook by the ring. One wrote, "Ummmm is that a WEDDING RING 😳." Another asked, "Wait is that a wedding ring ?" Another similarly wondered, "Is anyone noticing the ring." One fan straight-up directed the question to Crawley and Moss, writing, "Did you secretly get married? Wearing a ring already I see. 😍." Another seemed to be writing to Moss, specifically, writing, "Always so handsome!! Dale you’re wearing a wedding ring?????" Finally, one wrote, "Ring on his left ring finger hmmm😮."

So, yeah. People are buzzing about it. But neither Crawley nor Moss have said anything about having tied the knot yet, so for now nothing is confirmed.