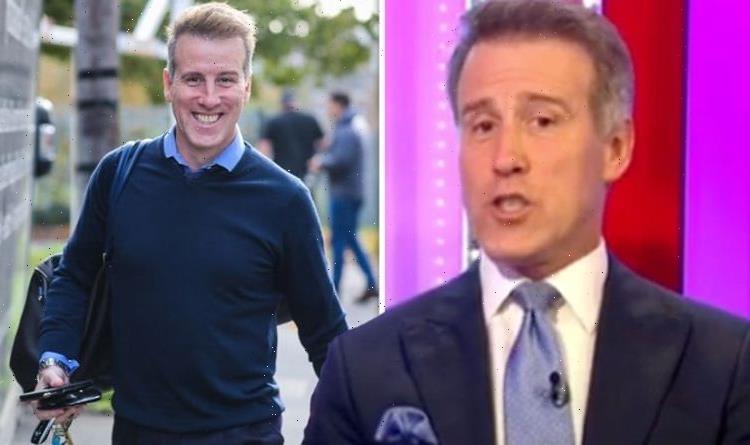 Strictly Come Dancing judge and professional dancer Anton Du Beke, 55, has spoken out on claims that he’s had cosmetic surgery to boost his youthful appearance. The star was quizzed on whether he’s had any work done ahead of celebrating his 55th birthday, a milestone he is marking today.

Anton, who is a stalwart of the BBC dance contest after competing since its first episode aired in 2004, revealed that he’s only ever undergone one cosmetic procedure.

Addressing rumours about his looks in a candid interview from last year, the King of Ballroom said he hasn’t had any work done, apart from transforming his hair.

Anton spilled: “Apart from my hair.

“I had what they call a crop rotation so they shifted it around a bit.

“They take some from the back and shove it in the front.”

Anton will have a lot to celebrate this year as alongside his birthday, he has become the latest judge to join Craig Revel Horwood, Motsi Mabuse, and head judge Shirley Ballas.

The star will be taking Bruno Tonioli’s place on the Strictly 2021 judging panel.

It comes after Anton stepped in for Motsi last year when she was unable to be on the panel for a couple of weeks after making an emergency trip back home to Germany.

The dancer initially went for Len Goodman’s job after he quit the show, but missed out, as Shirley was announced to be taking over the head judge role.

When Dame Darcey Bussell quit the show, it was reported he applied to join the panel again, but was also turned down.

Anton previously shared that his wife Hannah couldn’t hold back her emotions when he made his debut as a guest judge last year.

He told the Mail on Sunday: “My wife cried when I told her but I also thought that it would give me something to do for the rest of the series.”

The star went on to share that despite his early exit in week one alongside former Home Secretary Jacqui Smith, the judging role gave Anton the boost he needed at the time.

Anton divulged: “When you’re voted off at the beginning you have nothing to do, it’s easy not to feel part of the show because you’re sitting in the audience watching everyone else dance.

“So thank goodness they gave me the judging job.”

“My ego was around my ankles after getting booted off first this year,” he admitted.

Anton was 50 when he welcomed twins George and Henrietta with wife Hannah, 43, in 2017.

The dancer has since said it was the perfect time for him to become a father during a chat with Steph McGovern on her Channel 4 show, Steph’s Packed Lunch.

He explained: “I couldn’t imagine doing it any other age, of course, because I haven’t.”

The dad-of-two went on: “I wouldn’t have been ready for it earlier in my life.”

See the World, in Canada