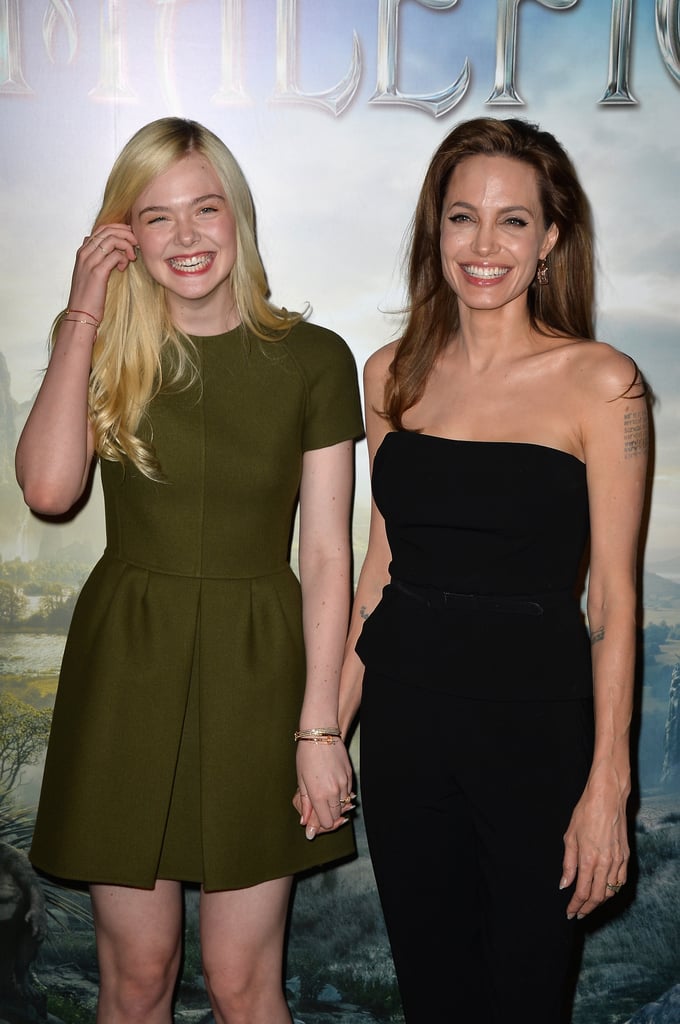 Angelina Jolie and Elle Fanning are known for playing fairytale characters, Maleficent and Princess Aurora, but it’s their offscreen friendship that’s truly magical. After starring together in Disney’s Maleficent back in 2014, the talented actresses have joined forces yet again for the upcoming sequel, Maleficent: Mistress of Evil, which hits theaters on Oct. 18. In addition to all of their cute red carpet appearances, they’ve also been gushing about each other during press interviews.

During an interview with Tatler, Angelina expressed how proud she is of Elle. “When we met at 14, you were young but you were always impressive,” she said. “I’m very proud. She always held herself so well and she always had such grace and she’s such a strong actor that you never seemed like a child. You’ve also maintained — which I think is almost unheard of in this business — such sweetness and gratitude for the job and for every minute and for everybody.” Aww! See some of their sweetest moments together ahead.