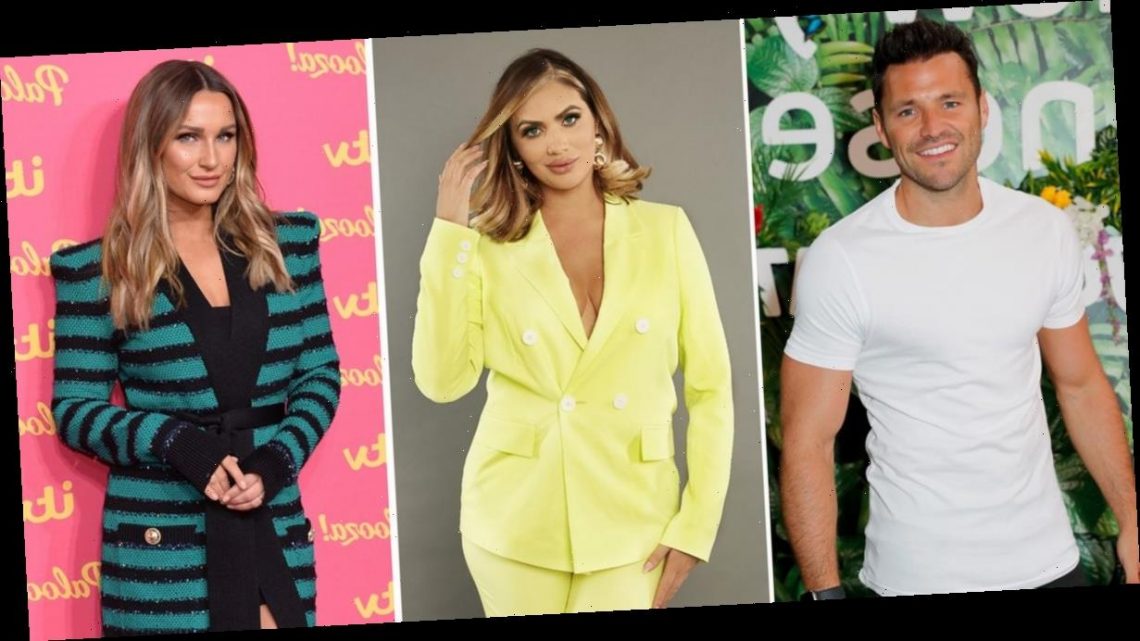 She’s one of the original members of the TOWIE gang, so when Amy Childs made her comeback to the show last year for its 10th birthday series, fans were over the moon.

However, a lot has changed for the 30-year-old since she bowed out in series two. Now a doting mum to her two children, Polly, four, and Ritchie, two, from previous relationships, Amy says she’s older and wiser. “It’s nice for the viewers to see me as a mum,” she tells new magazine. “They saw me 10 years ago, with the vajazzling and the red hair, but I’ve grown up now.”

The star has also found love with businessman boyfriend Tim, who she went public with in April last year.

Here, Amy opens up about being reunited with her cousin Harry Derbidge on screen, why her daughter is stealing the show, and the advice she’s been giving mums-to-be Georgia Kousoulou and Lauren Goodger.

Hi Amy. It must be great to be back on the show!

Going back was honestly a big thing for me. I’ve always wanted to come back but I’ve wanted it to be the right time. Definitely last year was the right time for me. I was in a really good place in my life and TOWIE is a part of me and I thought, “I’d love to go back!”

Why do you think it was the right time?

I’m older, I’ve got two children now – Polly and my little boy Ritchie. Polly being on the show with me is magical and lovely. And it’s nice for the viewers to see me as a mum. They saw me 10 years ago with the vajazzling and the red hair, but I’ve grown up now and I live a different life than when I was so young.

And Polly’s become quite the little star…

Oh my God, I get so many messages about Polly – nothing about me! People don’t want me any more, they’re bored of me. They
love Polly, she’s a character. She went back to school and said, “Everyone, I’m on TOWIE !” She told all of her teachers and schoolmates and the teachers rang me up and told me. We were really laughing about it. She’s a really, really beautiful little girl. We have an amazing relationship.

Were you worried about letting her in front of the cameras?

If she didn’t want to film, I’d never make her. She’ll do what she wants to do. But she’s a part of the TOWIE lot now. She’s very natural, she puts her mic on. She’s been amazing on the show.

Has she watched herself on TV yet?

She saw herself on the advert for TOWIE and loved it. She’s definitely made for TV. I’ve never pushed her, but she’s very confident, very much like me.

What other drama can we look forward to?

Having my Harry back is amazing. It’s a dream really because obviously we were on it 10 years ago together. When he had his cameo last series, people loved seeing us back together again. He’s brilliant and so funny. He was only 16 when we started TOWIE , he’s now 27 and is getting married. But listen, there’s always drama in TOWIE , so you’ve got to watch it to see!

Georgia Kousoulou and Tommy Mallet are about to become first-time parents. Have you given them any advice?

When you’re a first-time mum, you think, “I’ve got everything organised.” But when the baby comes you’re like, “Oh my God, what am I going to do?!” So I said to Georgia, “I will always help you, ring me at 3 in the morning and I’ll be on hand.” I always will be. I always say that if I had the time, I would love to be a midwife. I’d love to study it but it will take years and years. At this moment in time, being a mum and filming, I just can’t. But I always wanted to be a mum and I know it’s hard with two young ones but it’s the best thing I’ve ever done.

Former TOWIE star Lauren Goodger is also expecting a baby. Have you spoken to her?

I spoke to Lauren a couple of weeks ago and the midwife in me came out again and I said if she ever wanted anything, I’m on hand. It’s lovely she’s having a baby. People still think of us as these 18 or 19-year-old girls but we’re not. We’re in our thirties now – we’re not getting any younger!

Who else from the original cast would you love to see make a comeback?

10 years ago was me, Harry and Sam [Faiers]. I’d love to see Sam back for a little cameo. Me and her really used to get the giggles, we couldn’t stop laughing. And obviously I’d love to have Mark Wright back. He was the Essex boy that people loved, so I’d like him to do a little cameo.

Do you ever watch old episodes back?

There are always repeats on ITVBe and I always have it on. We all look so young! I look back and think, “Why have I got so much eye make-up on?!” I couldn’t even open my eyes! But at the time it was really trendy and worked. But it’s all lovely and nice to have those memories. Polly saw some episodes and said, “Mummy, I just love your hair!” So shall I dye my hair back red for her? I’m not sure, but we’ll see.

Would your partner Tim ever come on the show?

Sometimes it’s just nice to keep my private life not necessarily out of it, as I talk about Tim on the show a lot, but away from it. Also, Tim’s got such a busy and good job that he wouldn’t be able to film anyway. He’s always here, there and everywhere and works in London full-time so the answer probably would be no.

The two of you look very loved-up though…

Yeah, we’re really good. We really get on and he’s just a lovely guy.

What are you hoping the future holds? Could marriage be on the cards?

As long as I’m happy and my children are happy, that’s my life sorted. In the 10 years since I’ve done TOWIE , I’ve done amazing things. We won a Bafta, I did Celebrity Big Brother, and I had my own TV show and salon. Everything I’ve wanted to do, I’ve done, and I’m so lucky. So now being back on TOWIE is amazing. I’m so happy that I’m back on the show that I love. And yes, who knows, maybe get married. We will soon see!

The Only Way Is Essex, Sunday, 9pm, ITVBe