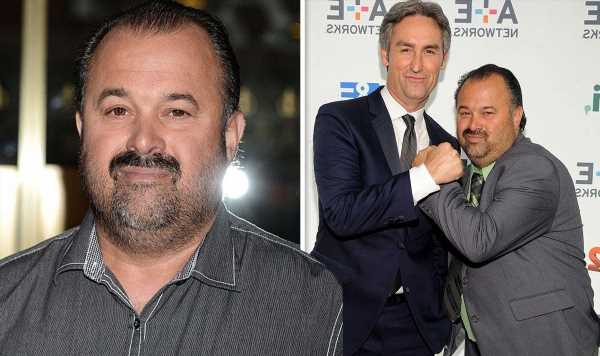 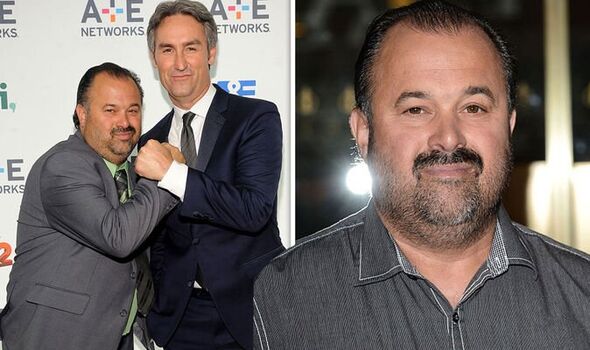 Former American Pickers star Frank Fritz, 56, has been taken to hospital for medical treatment his co-star Mike Wolfe, 58, has revealed. The latter issued an emotional plea on Instagram as he asked fans to “pray” for his friend.

Mike asked fans of the History Channel series to “keep him in your hearts and thoughts” in an emotional social media message.

The reality star took to Instagram where he penned a touching message to his beloved pal and addressed the speculation since Frank had left the programme.

Sharing a photo of his co-star, Mike told his 457,000 followers, that he would set the record straight on their friendship.

He wrote: “I have been very private in the past year in regards to Frank’s life and the journey he’s been on.

“There has been lots of opinions in regards to mine and Frank’s friendship and the show but now is not the time to set the record straight. Now is the time to pray for my friend.

“Frank has suffered a stroke and is in the hospital. Please keep him in your hearts and thoughts.”

Mike finished: “Frank I pray more than anything that you make it through this okay. I love you buddy.”

Social media users flooded the comment section as they offered well wishes to the antique dealer. 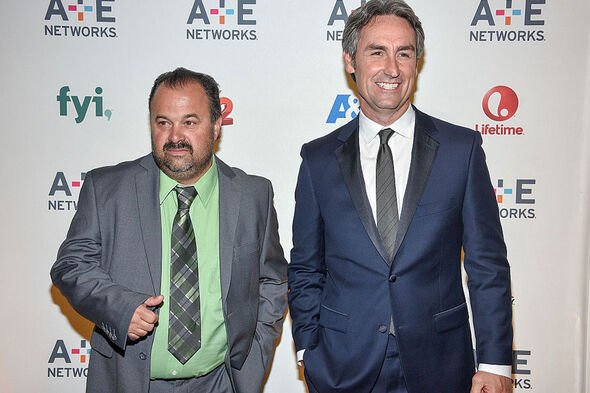 Veryvintagekatrina penned: “I’m so sorry to hear this and I hope the two of you were able to heal old wounds why you could.”

Thrift shopper commented: “Good to hear something. Wish it was better news. You guys both inspired a whole generation of pickers. I appreciate all the knowledge and look forward to hearing better news and learning more. Prays.”

Outback designs wrote: “I’m so sorry to read this. I hope he recovers Mike.”

Dr Fred added: “Will pray for his recovery.”

American Pickers debuted on The History Channel in January 2010 and has gone on to be a firm favourite in the United States.

The pair are seen travelling the country, in search of all sorts of collectibles from collectors of all kind.

It was revealed last June that Frank was leaving the show, as a culmination of many health problems, including a back surgery and suffering from Crohn’s Disease.

Mike released a statement that said Frank, “is like a brother to me,” adding he will, “pray for the very best and all good things for him on the next part of his journey.”

On Saturday, the American Pickers’ official Twitter account posted a message to fans, gearing up for that night’s episode.

The show returned on July 9 with hosts Mike Wolfe, his brother Robbie and Danielle Colby after being on break since March.

Viewers of the show have taken to social media and urged Frank to make a return to the programme.

It comes after it was reported ratings for the History Channel series have plummeted in recent months.