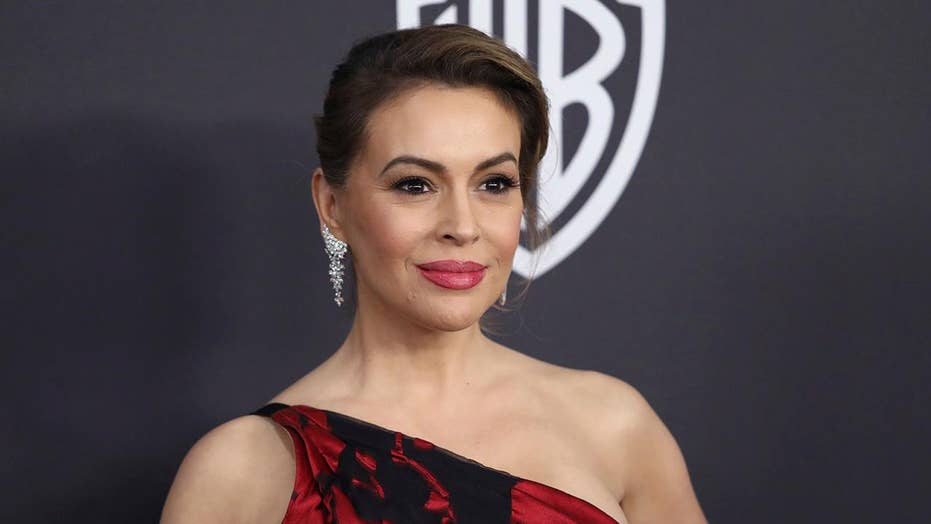 Georgia state representative confronts Milano over protest; reaction and analysis on ‘The Five.’

Actress and political activist Alyssa Milano raised some eyebrows on Tuesday evening after she announced she'd be attending her first fundraiser of the 2020 election cycle.

Milano, who in recent months has been vocal in her opposition against the legislation that was signed into law in several states that restricting abortions, took to Twitter and unveiled her upcoming plans.

"I’m going to my first fundraiser of the election cycle and it’s for- [spiritual guru] @marwilliamson," Milano told her 3.6 million Twitter followers. "I know. I know. But she’s the only candidate talking about the collective, soulful ache of the nation & I think that’s an important discussion to have."

Milano stressed that she was "not committing to anyone yet," adding that she's "going to support everyone if given the opportunity until the choice is crystal clear."

The "Charmed" actress was slammed being open to support Marianne Williamson, who critics labeled an "anti-vaxxer" due to her opposition for government-mandated vaccinations. She dismissed the naysayers and responded positively to other Twitter users, agreeing with one that Williamson "does" have "some points."

Milano has been an influential figure among progressives. She reportedly advised former Vice President Joe Biden last month during the controversy surrounding his shifting support for the Hyde Amendment. Sen. Bernie Sanders, I-VT, was reportedly "pushing hard" to seek Milano's endorsement in a phone conversation they had. She previously supported his candidacy during the 2016 election.

Williamson may have more allies in Hollywood. Academy Award-winner Jeff Bridges made a campaign contribution to her campaign earlier this year.

eBay: Rare Peter Pan 50p coins sell for £535 – how can you get one?
Entertainment